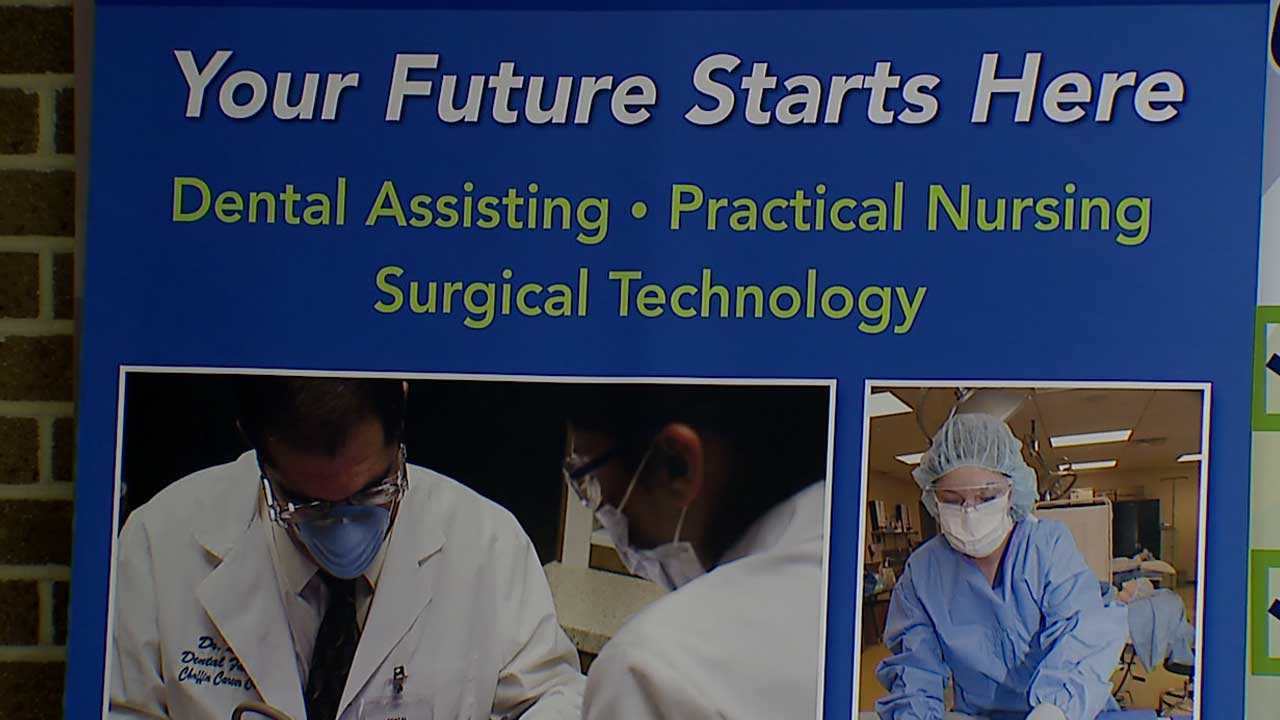 YOUNGSTOWN, Ohio (WKBN) — Two of the three adult education medical programs offered by the Youngstown City Schools will stay while one will be eliminated after next year. That was the word Tuesday evening from CEO Justin Jennings after a school board meeting filled with support for all the system’s adult medical programs.

The programs that will remain are practical nursing and dental assisting while surgical technology will be eliminated.

“We also had a reduction on marketing and advertising, in program tours, and we really feel we were being set up for failure,” said Oliver.

Also speaking was Emily Spletzer, interim director of Choffin’s School of Surgical Technology. Spletzer too was trying to save her program from her.

“Our program has been the main, if not the sole provider for surgical technologists to all the surrounding hospitals and facilities for the last 34 years. This community needs our program,” Spletzer said.

No one spoke on behalf of Choffin’s practical nursing program -and only board member Brenda Kimble addressed their concerns during the meeting.

“And I do support you guys, and I’m standing here because it’s true. I’ve got my teeth fixed here,” said Kimble.

It wasn’t until after the meeting when interviewed by the media that Jennings announced that practical nursing and dental assisting will remain.

Stan Boney: So their argument was for naught because they’re staying anyway?
Jennings: Pretty much, pretty much. We probably just didn’t do the best job communicating with them. But yeah pretty much.
Boney: So dental assisting and practical nursing will stay?
Jennings: Correct.

But surgical technology will be eliminated after next year because graduates of Youngstown’s program get a certificate while a new federal law will require an associate’s degree.

“We don’t offer an associate’s degree in there because of the staffing and different things. So you have to have that,” said Jennings.

There was talk at the meeting about Eastern Gateway Community College taking over the Surgical Technology Program and offering an associate’s degree, but it was not made clear if that was going to happen for sure.