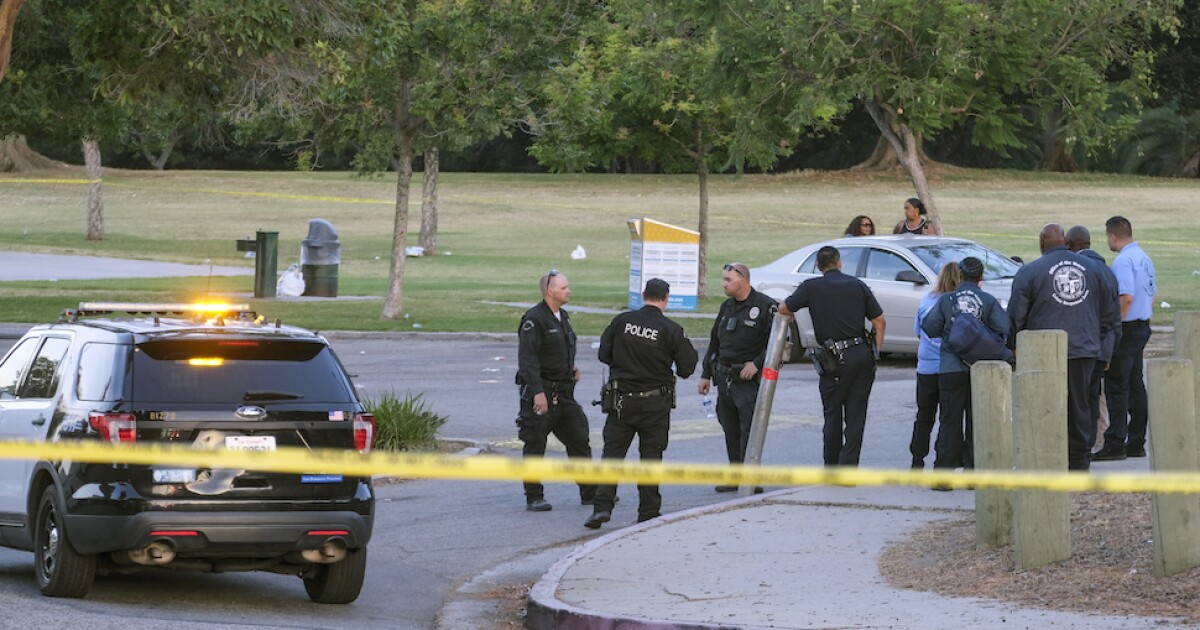 LOS ANGELES — Authorities in California said two people are dead and five others were injured after a shooting erupted at a Los Angeles park amid a dispute over the weekend.

In a tweet, the department said it wasn’t an active shooter situation and said there were no public safety concerns.

LAPD News: Around 3:50 pm Harbor Division officers responded to 911 calls of a shooting with multiple victims at Peck Park. NOT an active shooter situation. PIO is routed. Unknown number or condition of victims at this time.

In a press conference, LAPD Capt. Kelly Muniz said there was a dispute of some kind before shots rang out.

Police are still investigating, and no one has been arrested concerning the shooting, USA Today reported.

The AP reported the identities of the victims, which included four men and three women, have not been released.

The AP reported that according to Councilman Joe Buscaino, an unpermitted car show hosted by gang members was going on when the shooting happened.