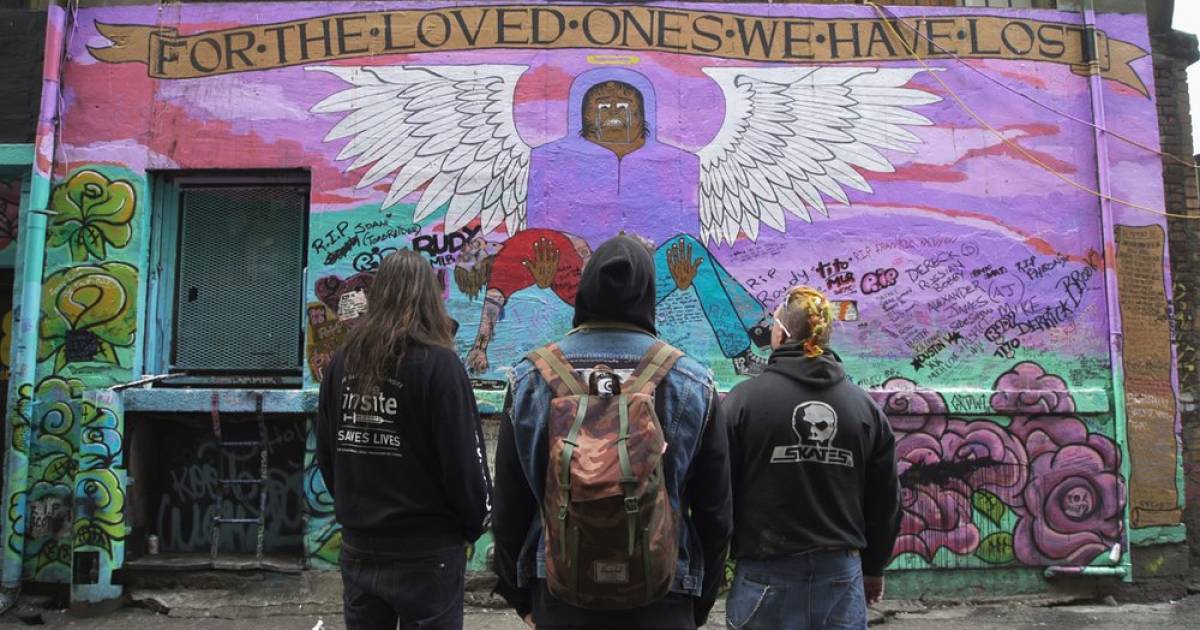 FRIDAY: pianists Angela Cheng and Alvin Chow lead a masterclass on the art of playing four-hands piano at the VSO School of Music.

FRIDAY AND SATURDAY: Julian Pelllicano conducts the Vancouver Symphony as it performs along to a screening of the classic 1952 musical Singin’ in the Rainstarring Gene Kelly.

FRIDAY AND SATURDAY: Green Thumb Theater‘s new play at the Waterfront Theater, TheCodeexamines the murky line between adolescent friendship and romance while inviting viewers to question what they feel entitled to in their relationships.

FRIDAY AND SATURDAY: performances at Deep Cove Shaw Theater of Shirley Valentinea play about a Liverpudlian housewife who takes a trip to Greece and starts to see the world and herself very differently.

FRIDAY AND SATURDAY: Ballet BC closes its 21/22 season at the Queen Elizabeth Theater with whatifan evening featuring three world premieres from three voices new to the Ballet BC stage.

FRIDAY TO SUNDAY: new exhibition T. rex: the Ultimate Predator reveals the story of the most iconic dinosaur in the world through life-sized models, fossil casts, and engaging interactives. The exhibition runs until January 22, 2023 at Science World.

FRIDAY TO SUNDAY: The Imitation Game: Visual Culture in the Age of Artificial Intelligencea new exhibition running at the Vancouver Art Gallery until October 23, surveys the extraordinary uses (and abuses) of AI in the production of modern and contemporary visual culture around the world.

FRIDAY TO SUNDAY: Rennie Museum presents Spring 2022: Collected Worksa group exhibition on the potency of photography featuring the work of Larry Clark, Katy Grannan and Andres Serrano, running until May 28. Warning: this exhibition includes images and content that some may find offensive.

FRIDAY TO SUNDAY: in collaboration with the Winnipeg Art Gallery, the Museum of Vancouver is presenting the traveling exhibition Boarder X until October.

FRIDAY TO SUNDAY: the 21st annual DOXA Documentary Film Festival runs to May 15, featuring a plethora of films screened both in Vancouver theaters and online.

FRIDAY TO SUNDAY: Everything Under the Sun: In Memory of Andrew Gruft, one of the Capture Photography Festival’s featured exhibitions, runs until September 11 at the Vancouver Art Gallery.

FRIDAY TO SUNDAY: the Arts Club Theater Company presents ‘Da Kink in my Hair, a musical celebration of women of colour, at the Stanley Industrial Alliance Stage. Running Tues.-Sun. until May 19.

FRIDAY TO SUNDAY: Himmata depiction of a working-class family’s struggle with addiction and labour, told through flashbacks and set in Surrey Memorial Hospital, opens at the Cultch Historic Theater.

FRIDAY TO SUNDAY: Canoe Cultures :: Ho’-ku-melh at the Vancouver Maritime Museum features the work of 20 Indigenous artists and carvers alongside historical images and information that tells the story of the resilience and strength of Indigenous peoples through the war canoe and all it represents. Curated by Indigenous artist and cultural historian Roxanne Charles, the exhibition runs until July 3.

FRIDAY TO SUNDAY: Sho Sho Esquiro: Doctrine of Discovery is a solo exhibition by designer, artist, and activist Sho Sho Esquiro that showcases meticulously crafted couture gowns, textiles, paintings, and photographs to celebrate the beauty and resilience of First Nations communities. The exhibition runs at the Bill Reid Gallery of Northwest Coast Art until June 5.

FRIDAY TO SUNDAY: joy, to Cirque du Soleil classic reimagined for a new generation, runs until June 5 under the Big Top at Concord Pacific Place.

FRIDAY TO SUNDAY: showing at the Polygon Gallery until July 3 is Gathering Darknessan exhibition of photographs of Russia’s war on Ukraine by Alexander Glyadvelov.

FRIDAY TO SUNDAY: showing at the Museum of Anthropology of UBC until January 1 is Xicanx: Dreamers + Changemakers / Dreamers + creators of changewhich showcases the rich traditions of 33 Xicanx artists.

FRIDAY TO SUNDAY: performances at the Subway Theater of Stag and Doea comedy that shines a light on the nature of love, marriage, and weddings.

SATURDAY: the Vancouver Whitecaps take on the San Jose Earthquakes in Major League Soccer action at BC Place Stadium.

SATURDAY: Nirvana tribute band the Negative Creeps performs a fundraiser for Dan’s Legacy at the Red Room Ultrabarwith guests Wax Theatrics and In the Cards.

SATURDAY: the Sitka String Quartet of the Vancouver Symphony Orchestra performs uplifting works in celebration of life and nature in Lake of Stars at Pacific Spirit United Church.

SATURDAY: The Emotions in Motion Movement Collective is featured in Love, Letting Go & Living Your Best Life!, a celebration of the love of dance at the Rio Theaterwith partial proceeds to the WISH Drop In Center Society.

SATURDAY AND SUNDAY: the United Voices Choir performs in a program of works by Mozart and Puccini at Kerrisdale Presbyterian Church on Saturday and and St. Paul’s Anglican Church on Sunday.

SUNDAY: the Vancouver Recital Society presents pianist Daniel Hsu in a program of works by Schumann, Beethoven, and Liszt at the Vancouver Playhouse.