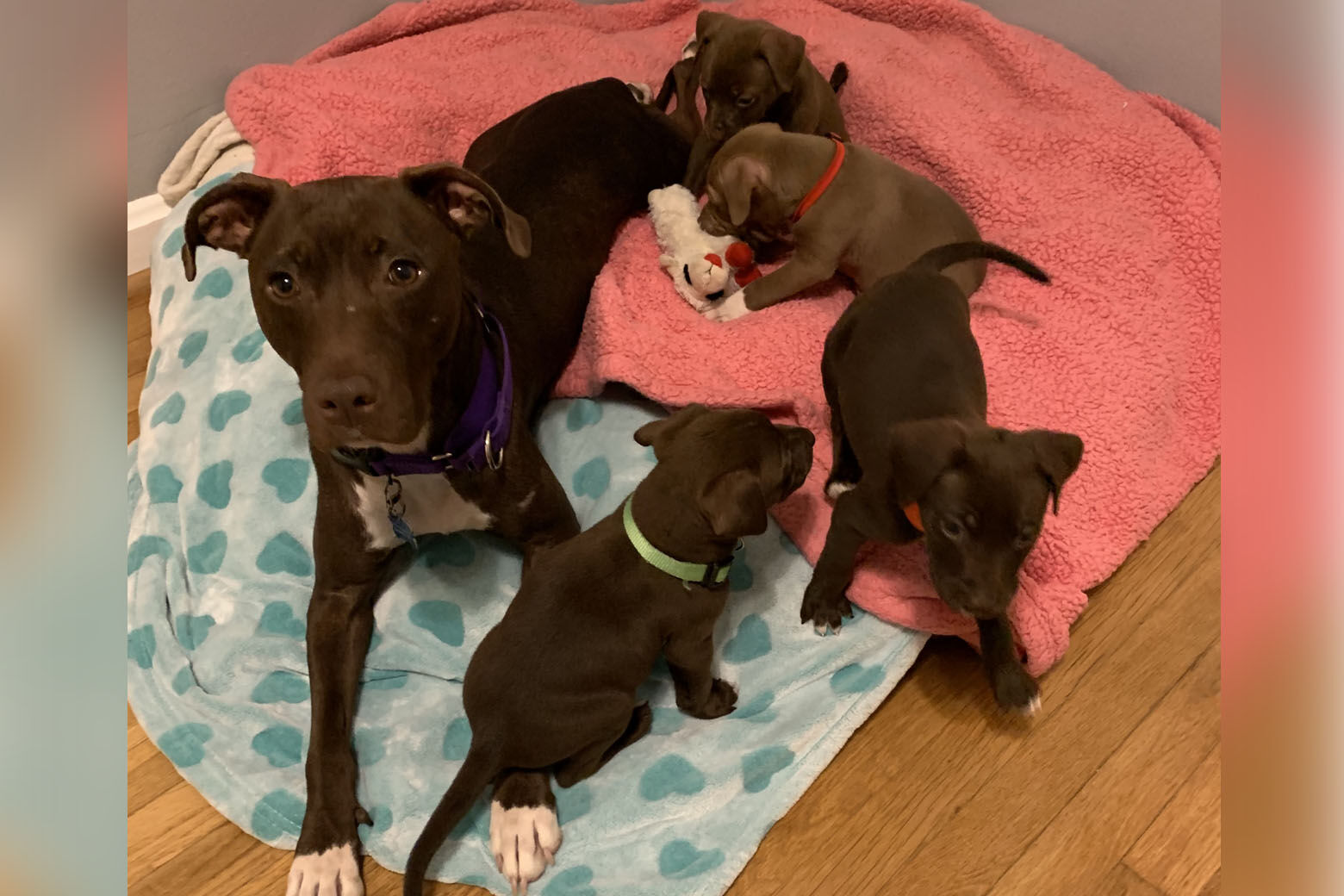 DC’s Humane Rescue Alliance said Friday that a fifth missing puppy has been reunited with his mother.

DC’s Humane Rescue Alliance said Friday that a fifth missing puppy has been reunited with his mother.

Oli was reunited with his mother, Godiva, and siblings on Thursday, the shelter said.

Godiva was found pregnant and malnourished in July, and gave birth to seven puppies last month. The whole family was moved to a foster home, but on Aug. 30, Godiva was found tied to a pole and abandoned, and the puppies were missing.

The puppies were only three and a half weeks old – far too young to be removed from their mother.

As with the fourth puppy, Apollo, who was returned earlier this week, Oli was brought in by a family who got him without knowing where he’d come from. They’ll get him back when he’s strong enough, the shelter said. The other three puppies are Aries, Glitter and Link.

The shelter is offering a $7,500 reward for information leading to location or safe return of the last two puppies; you can call them at 202-723-5730.

Last night, we reunited a FIFTH puppy in Godiva’s litter, named Oli, with his mom and siblings. We’ll work with the family who brought Oli in to return him to them once he’s older and strong enough to be separated from Godiva. pic.twitter.com/xJSRxYv3hT

Here’s a picture of the missing puppies, plus Oli, when they were newborns:

Get breaking news and daily headlines delivered to your email inbox by signing up here.

© 2022 WTP. All Rights Reserved. This website is not intended for users located within the European Economic Area.