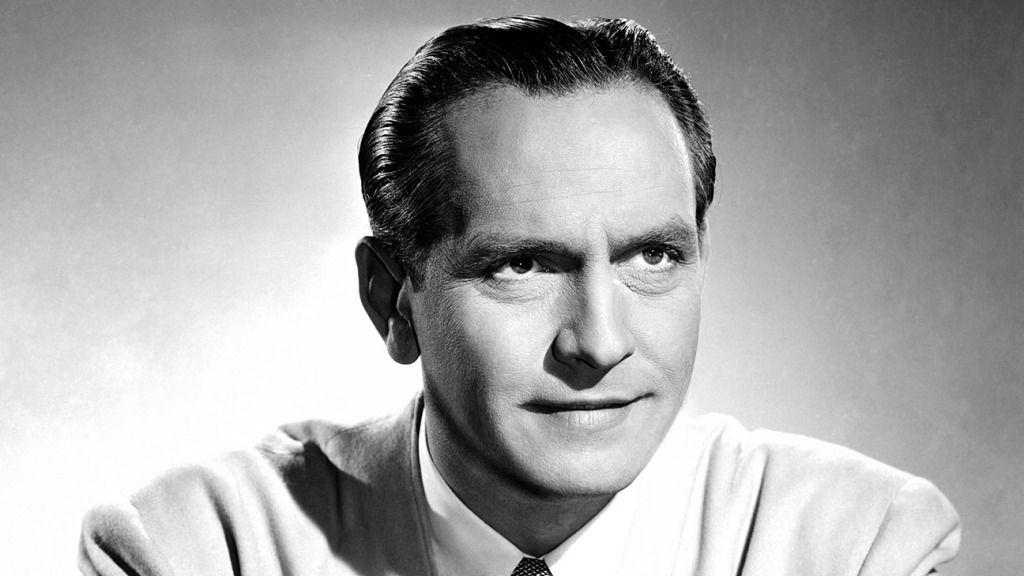 Ask classic-film fans how they feel about the actor Fredric March, star of legendary movies including Inherit the Wind, The Best Years of Our Livesand the 1937 version of A Star Is Bornand chances are that question will be answered only with effusive praise for the Academy Award-winning actor and his work both onscreen and off.

That’s why dual decisions in recent years to remove March’s name from a pair of performing-arts venues at two campuses of the University of Wisconsin — March’s alma mater — have drawn confusion, frustration and anger from some film fans, the Hollywood community and activists alike .

Among those weighing in on the controversy: Turner Classic Movies primetime host Ben Mankiewicz, who will address the issue during a tribute to the actor on Friday, Sept. 30, marking the 125th anniversary of March’s birth of him. “To me, two actors from Hollywood’s golden age really stand in a tier above the rest, and that’s Spencer Tracy and Fredric March — both, oddly, from Wisconsin,” Mankiewicz says. “There’s an authentic humanity to every performance they deliver. Fredric March had a unique ability to embody a character. So yes, when I heard this news, my gut reaction was, ‘Wow, you’re kidding me. No way. How could Fredric March have been in the Klan?’” Mankiewicz addresses the controversy in an exclusive TCM video clip seen below.

Few phrases or organizations are more incendiary or draw more horror when examining the history of American culture than the Ku Klux Klan, yet this accusation was first leveled at March, posthumously, in 2017: that during a brief period while he attended the University of Wisconsin , he was a member of that group. The truth, however, requires interested parties to dig deeper than a tweet or a blog post.

What are the facts behind the accusation? In 1919, March, then a senior at the University of Wisconsin’s Madison campus, accepted an invitation to join an interfraternity honor society that shared a name with the Ku Klux Klan, though the group inviting March had nothing to do with the KKK as it’s known today. It’s unclear why the honor society chose that particular name, but research conducted by the Wisconsin Historical Society did not reveal any connections between that group and the Knights of the Ku Klux Klan, the organization responsible for lynchings and other hate-fueled activities throughout the American South. Indeed, when the latter group arrived on campus in 1922 with the attempt of recruiting members, the UW-Madison honor society quickly changed its name to avoid any association. George Gonis, a Milwaukee-based freelance journalist and public historian, unearthed research from the then-president of the honor society, who acknowledged that “so many people confused it with the name of the non-collegiate secret organization of the same name.” By early 1923, the honor society changed its name to Tumas, which can be derived from multiple meanings, including the name Thomas and, simply, “truth.” March, meanwhile, had graduated in June 1920, and after a brief stint in banking, headed to Broadway to forge his career as an actor. Few records exist of him taking part in any of the on-campus honor society’s activities—other than a yearbook photograph that would gain attention in 2017.

The confusion between the two organizations can be understood when one considers how slowly information traveled in early 20th century rural America, Mankiewicz says. “I think we all forget how hard it was to access information in the 1920s,” he points out. “These were the days when news was communicated via telegraph. It’s possible that a bunch of 18-year-old kids in Wisconsin had no idea what that name meant in another part of the country. But the evidence is clear that, once they found out, they changed the name [of their group] because they didn’t want anything to do with it.”

UW students perusing archived yearbooks in 2017, however, happened upon that 1920 photo captioned with the Ku Klux Klan name, an image that included a tuxedo-wearing March, whose high-wattage reputation as a Tony- and Oscar-winning actor had led to the university’s decision to name theaters after him on both the Madison and Oshkosh campuses. Upon discovery of the photo, protests, letters and hearings quickly ensued, and in 2018, the decision was made to strip the actor’s name from the Fredric March Play Circle Theater in Madison. In 2020, the same action was taken with the Oshkosh campus theater.

One of March’s grandsons has said that, before the contretemps, the actor’s surviving family had planned to donate his two best actor Oscar statuettes, won for 1931’s Dr Jekyll and Mr Hyde and 1946’s The Best Years of Our Lives, to the university, but no longer plan to do so. “They certainly showed us that they don’t deserve them,” wrote Michael March Fantacci in an email to Gonis. He added Fantacci, “It would have been more educational… to research my grandfather’s life than to cast wholesale judgment based on a limited affiliation. When individuals fall into this trap, it can be understood. When an educational institution does it, it’s more difficult to condone.”

The TCM tribute airing on Sept. 30 will include three of March’s films: 1933’s Pre-Code classic Design for Living1941’s So Ends Our Night (seen for the first time that evening on the network), and 1960’s Inherit the Wind, in which March and Tracy co-starred. Mankiewicz says he will discuss the controversy during the films’ intros and outros.

“The big challenge is time,” he notes of the introductions to the classic films shown on TCM. “You talk for four minutes, and people are like, ‘C’mon, man, start the movie.’ But it’s a complicated case that can’t be explained quickly. A mistake was made, but I want to be sympathetic to the students, whose hearts and frustration were in the right place, while getting the point across about the facts — and without giving people an entire history lesson in the limited time we have.”

Gonis is chief among the group of the actor’s fans who are working to convince the university to reverse its decisions. “Fredric March and I share the same alma mater, plus my parents were both huge movie buffs who were also active in the civil rights movement, so I grew up not only knowing who Fredric March was, but also knowing he really was one of the good guys in Hollywood,” Gonis says. “But every media report continued to quote people who hadn’t done any research. Meanwhile, within five to 10 minutes at the library, I was able to source all this material about his civil rights history from him.”

Born on Aug. 31, 1897, March, by all accounts, he was passionate about social activism throughout his life; the actor died on April 14, 1975, at the age of 77. March took part in NAACP activities for more than three decades, delivering the keynote address at that organization’s 10th anniversary celebration of Brown v. Board of Education in 1964, while as a teenager, he gave speeches condemning white supremacy. “Historians have identified three speeches that we know March selected and delivered as a youth, all three devoted to human freedom and liberty,” Gonis explains. “Two of the speeches, ‘Invective Against Corry’ and ‘Spartacus to the Gladiators,’ are confirmed by eyewitnesses, newspaper accounts, March himself and [Wisconsin-state] entry papers for the state-run annual high school oratory competitions.” During his Hollywood career, March was also front and center when members of the film industry protested the House Un-American Activities Committee, which in its early years targeted actors that included March, Humphrey Bogart and Katharine Hepburn.

March also can be found in a Feb. 14, 1943, photo alongside actor Canada Lee, taken during a WOR radio program highlighting “Race-Relations Sunday.” The father of actor and filmmaker Carl Lee, Canada Lee was a professional boxer and actor perhaps best known for his role as Joe in Alfred Hitchcock’s life boat. “When I first read about this, I knew there was something incongruous about the whole narrative,” says actor Glynn Turman, whose work includes roles in Super 8 and Ma Rainey’s Black Bottom. “I knew Mr. Lee; he and my mother were friends. I grew up in Greenwich Village, and my mother’s friends were an eclectic group of progressive people. I know if Mr. March was a friend of Mr. Lee’s, then he couldn’t have done what he’s accused of doing. This was a rush to judgment.”

Karen Kramer, a producer and wife of the late director Stanley Kramer (who produced So Ends the Night and directed Inherit the Wind), agrees. “When George called me about what had been done to Fredric March, I was absolutely gobsmacked, because in our industry, it’s extremely well known that he was a fierce fighter for civil rights,” she says. “My first concern was whether the parties who accused him had done all their due diligence; had they looked at all the facts? You are entitled to your own opinion, but you are not entitled to ignore the facts.”

Gonis and Kramer banded together to ask influential members of the Hollywood community to sign a letter advocating for the decision to remove March’s name from both theaters to be reversed. That letter, sent in September 2021, included 30 signatures from Louis Gossett, Jr., Reggie Jackson, the late Ed Asner, Turman and others. “Rush to judgment is never the right way to go, especially if someone is not around to defend themselves,” Turman says. “We’re doing a lot of this cancel culture lately, and it’s a slippery slope that has to be navigated carefully. I’m in favor of using good judgment and some sort of vision to give you clarity and help you know where you stand.” (In a nice bit of symmetry, the 62-year-old Turman’s next role is in Rustin, about gay civil rights leader Bayard Rustin, who organized the 1963 March on Washington. The film, from Higher Ground Productions, founded by former president and first lady Barack and Michelle Obama, is due to premiere on Netflix in 2023 and co-stars Turman as Asa Philip Randolph, a labor unionist and civil rights activist.)

A follow-up letter, bringing the total signatories to 54 and once again asking the college to rethink its decision, was sent to the University of Wisconsin last week. That letter’s signatures include film critic Leonard Maltin, actors Mike Farrell and Shelley Fabares, and national NAACP board member Wendell J. Harris Sr. A variety of recent editorials, including from John McWhorter at New York Times, also support a renewed conversation about the decision. But for now, March’s name will not be restored to UW’s theaters. “There are no plans for the institution to revisit the issue,” John Lucas, a university spokesperson, told The Hollywood Reporter in an Aug. 22 email. “In lieu of the theater naming, Mr. March is now included in a historic storytelling display on the same floor as the Play Circle as recognition of his role in our university’s history.”

Both Gonis and Kramer say they’ll continue their efforts to restore March’s name and reputation. “If Fredric March’s name was so tainted, then why is he part of the storytelling display?” gonis wonders.

“For Stanley’s whole life and career, in films like The Defiant Ones and Guess Who’s Coming to DinnerI have fought every issue we would deny ourselves to look at, including racism and [bans on] interracial marriage,” adds Karen Kramer. “Hopefully, my contribution is to help set the record straight. I’m 88 years old, and I’ve lived a long, wonderful life, but I’m not done fighting.”