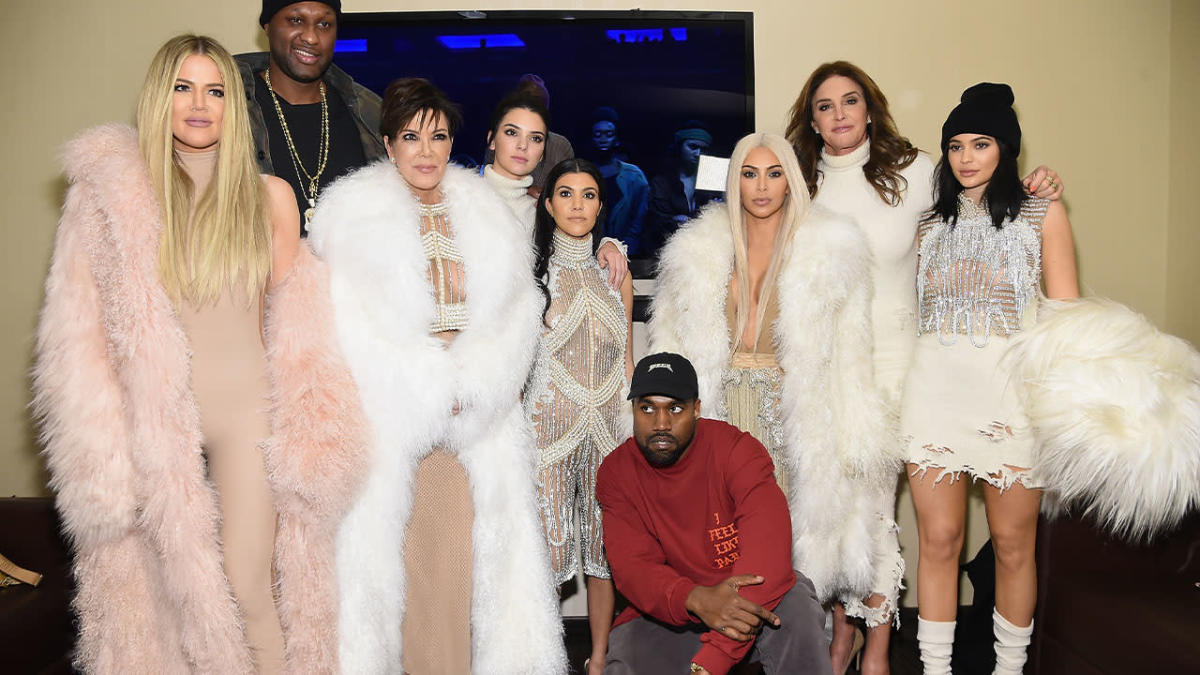 The Kardashian family is no strangers to lavish, even over the top events and the family has returned to Italy for Kourtney Kardashian and Travis Barker’s wedding.

Here’s a look back on all the Kardashian weddings throughout the years, in chronological order.

Kris Jenner – born Kris Houghton – married Robert Kardashian on July, 8 1978 at just 22 years old. Although there are not many details made public regarding their union, it was reportedly a big wedding, with OJ Simpson as a groomsman, per the Daily Mail.

Through pictures, it is evident that Jenner initiated the white bridesmaid dress memo in their family, which her daughter, Kim Kardashian, replicated in each of her weddings.

Jenner and Kardashian divorced in 1991. They had four children: Kourtney Kardashian, Kim Kardashian, Khloe Kardashian and Rob Kardashian. The attorney – who represented OJ Simpson in 1995 – died of esophageal cancer in 2003.

Just a short month after Kris’ divorce to Kardashian was finalized, she married the Olympic champion Caitlyn Jenner – who was known then as Bruce Jenner – on April 21, 1991. The couple kept their wedding intimate, with their children serving as the bridal party .

Kris shared with Oprah in 2012 details of her second wedding. “It was a very intimate, small wedding—I had such a big wedding the first time and we just really wanted close family and friends.” [the second time].”

The couple went on to have two children, Kendall and Kylie Jenner, while simultaneously raising their blended family.

During Caitlyn’s proposal, she popped the question in such a surprising way: she didn’t even have a ring. She ended up giving Kris a ring 22 years after they married while on vacation in Bora Bora.

The couple separated in 2013 and finalized their divorce in December 2014.

Kim Kardashian’s marriage to Damon Thomas is one that is not often talked about since it was before the “Skims” founder rose to fame.

At just 19 years old, Kardashian married the music producer – who was 10 years older than her – in a Las Vegas wedding in 2000. After four years, the couple called it quits with Kardashian accusing her ex of abuse, which he denied, per yahoo.

THE KARDASHIANS TAKE OVER ITALY AHEAD OF KOURTNEY KARDASHIAN’S WEDDING

“I got married because I clearly was young and it wasn’t the best choice,” Kardashian told Bossip.com in 2007. “I definitely learned a lot from it and I don’t have regrets ever.”

After a whirlwind relationship, Khloe Kardashian married the then-Los Angeles Laker’s star Lamar Odom after just one month of dating.

The couple wed on September 27, 2009, and the event was not as lavish as her older sister’s. Kardashian and Odom hosted friends and family at their friend Irving Azoff’s home.

The wedding was also televised for their reality TV show “Keeping up with the Kardashians.”

Kardashian’s wedding was filled with a star-studded guest list, including the late Kobe Bryant and Chelsea Handler. Caitlyn Jenner walked Kardashian down the aisle.

In 2015, the couple filed for divorce and it was finalized the following year.

Kim Kardashian’s infamous 72-day marriage to Kris Humphries was a topic of conversation in 2011. Kardashian wed Humphries in a Montecito wedding in August 2011. Although they split shortly after, their wedding will always be remembered due to the filming of their reality TV show , “Keeping up with the Kardashians.”

Kardashian walked down the aisle in a 196-foot long custom train with her bridesmaids wearing custom Vera Wang gowns.

Throughout her big day, Kardashian featured three outfit changes, which were all into custom Vera Wang dresses.

The couple’s relationship was short-lived and they separated 72 days later.

Kim Kardashian married Kanye West in Forte di Belvedere in Florence, Italy on May 24, 2014. Kardashian wore a custom Givenchy wedding gown as Caitlyn Jenner walked her down the aisle.

AND! News shared intimate details about the wedding at the time. “There are only 100 guests invited. It is only their closest friends and family. The couple had to be very selective and cut it off at no work friends no matter how close or cherished.”

Kardashian and West’s wedding cost a total of $2.8 million, even though the couple was disappointed their first choice venue was not available, the Versailles Palace.

Although their wedding wasn’t held there, the reception dinner was. Lana del Rey performed.

Kris Jenner described her daughter’s wedding to E! News as “such a magical, romantic wedding. I feel blessed to have my new son and his family from him as part of ours.”

The couple share four children together: North, Saint, Chicago and Psalm. Their relationship has been in the spotlight ever since Kardashian filed for divorce in February 2021.

Although the divorce isn’t finalized, a judge declared Kardashian as legally single in March.