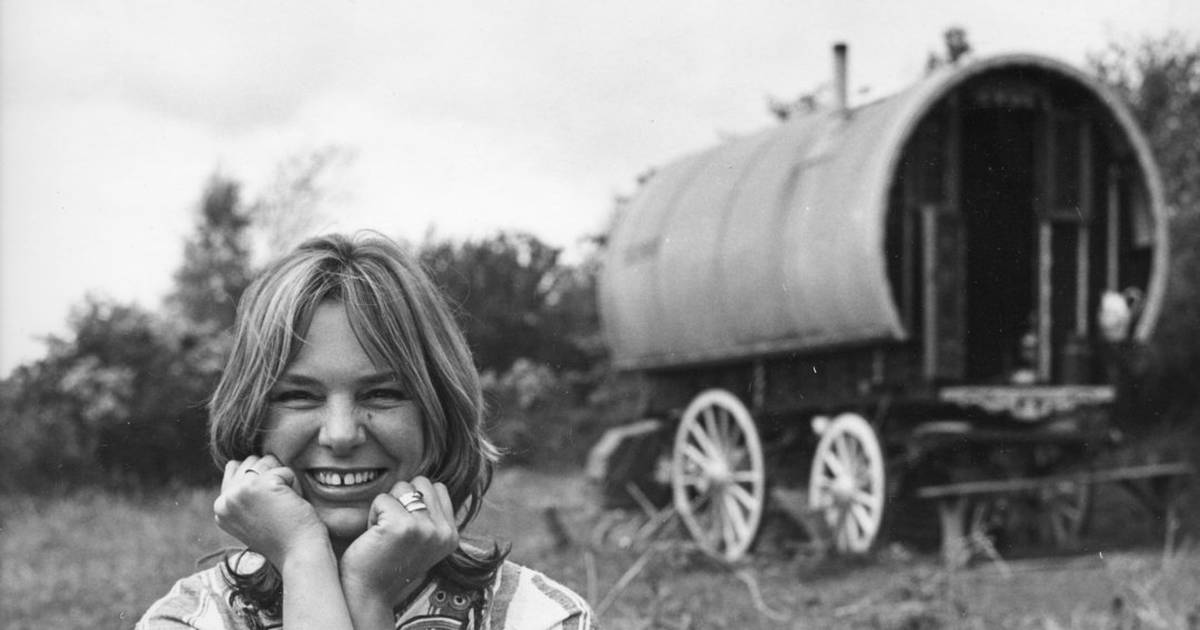 For many decades Pauline Bewick played a distinctive role in Irish cultural life. A painter and a free spirit, she became as well known for her passionate commitment to a bohemian lifestyle as she did for her lyrical, bucolic images of, mostly, women and nature. Always a prolific and industrious artist, she drew constantly from an early age, and drawing was always the core of her work, contributing to her flair as an illustrator and her liking for watercolor as her primary painting medium. She was a skilled and measured colourist. In her vigorous, rhythmic mode of stylized representation, she delighted in creating flowing, concentric patterns and passages of intricate, linear detail. Throughout her life, her work, her work, retained a youthful freshness, something that was both a strength and a drawback.

A wide, appreciative audience responded enthusiastically to its sensuousness, spirit and vigour, but in opting to work consistently within a relatively narrow, decorative idiom, it is fair to say she limited its development – ​​and its critical appeal. Writing about her solo show at the RHA in 1996, for example, the art critic Brian Fallon credited her vitality but noted her reliance on formulaic mannerisms. In retrospect, although figuration dominated her output, her landscape and nonfigurative work may well rank as her finest achievements. She had real sympathy for plants, birds, animals and the natural environment.

The younger of two daughters, Pauline Bewick was born in Corbridge, in the English county of Northumberland, to Alice ‘Harry’ May (nee Graham), a woman of remarkable independence of mind, and Corbet Bewick. By her mother’s account of her, her father of her, a descendant of the naturalist and engraver Thomas Bewick, was an alcoholic. She further intimated that he may not have been Pauline’s biological father of her. In any case, he died soon after Harry left with her daughters, initiating a restless, adventurous upbringing when Harry, as recounted in her autobiographical writings, moved impetuously to Ireland, settling into a farmhouse close to Kenmare, in Co Kerry, and fostering two local children, Michael and Lucy. The young Bewick, whose dyslexia caused her lifelong difficulty with reading, was encouraged to draw by her schoolteacher. Lucy’s tragic death from meningitis prompted Harry’s next move or, more accurately, moves from her.

They lived successively in a caravan, then a disused railway carriage, in Portrush, a caravan again in Belfast, a progressive school in Bristol (her older sister Hazel had in the meantime opted to go live with her grandparents), another caravan in Salford, another progressive school in Monmouthshire, then a boat that, when the time came, was transported back to Ireland. Harry, it must be said, was a highly unorthodox but extremely supportive and encouraging parent, and, perhaps surprisingly, she was very capable financially.

By the end of 1950 they were in Dublin, where Bewick was accepted at the National College of Art and Design. After another brief sojourn in a caravan, Harry bought a house on Frankfort Avenue and let out rooms to students. Bewick initially flourished at art school but grew increasingly impatient and eventually left. At a party, she met Pat Melia, then a medical student at Trinity (later a psychiatrist). She was at the time involved with someone else, but Melia was persistent, and before mid-decade he had moved into the Frankfort Avenue house; they later shared a mews on Kenilworth Square and visited France together.

From that point on, their relationship was central to both their lives, but it was a complicated relationship, one that had, as she later candidly acknowledged, to accommodate her penchant for falling impulsively and madly in love. Throughout the 1950s, in Dublin and London, she was trying to make a creative headway, showing with the RHA, using her skills commercially, engaging with theater as designer and performer, leasing a gallery on Clarendon Street for her first – and successful – solo show , and developing a series of children’s stories for the BBC. A certain entrepreneurial flair stayed with her, a useful attribute for a creative artist.

She and Melia had moved apart for a time when she joined her good friends and fellow artists Barry (nee Laverty) and Philip Castle in Malta, where they had a yacht. Melia joined them for a while, proving to be a capable sailor, and there seemed a good prospect of renewing their relationship for the time he left. Then, on the island of Hydra, Bewick jumped ship when she met a Greek, Costas Legacus. The prospect of another life beckoned, but when it became clear that it would be life in a strict patriarchy, after some months she decided it was not for her.

In January 1962, she and Melia married. They had two daughters, Poppy, born in 1966, and Holly, in 1970. Bewick was taken on by the veteran art dealer Leo Smith’s Dawson Gallery in 1965, the beginning of a fruitful association that continued, following Smith’s death, in 1977, with the successor to the Dawson, the Taylor Galleries.

Bewick’s profile grew steadily through the 1960s, artistically and socially. A vivid, outspoken personality – and her mother’s daughter de ella – she was, in both work and life, audaciously frank about such touchy subjects as sexual desire and female autonomy. Her widening circle of close friends included Luke Kelly – with whom she had an intense relationship – and Seán Mac Réamoinn; and she began to yearn to return to Kerry.

Plans to do so were well advanced when events in the North – Bloody Sunday and the ensuing tensions and escalating violence – prompted the family to spend time in Tuscany, again with friends Barry and Philip Castle. They liked it so much they bought an adjacent property there (with Harry’s help), revisiting and staying there for a time most years. Back in Ireland, Melia took a position in Kerry, and, over several years, they set about building a house and studio, on traditional lines, in a spectacular setting on Caragh Lake near Glenbeigh. It remained their base thereafter. The Kerry environment was immensely productive for Bewick as an artist, inspiring much of her best work. Restless as ever, however, at the end of the 1980s she embarked on a South Seas adventure, spending time on Aitutaki, in the Cook Islands, with her daughters de ella and producing much work there.

Melia died in 2016. Over the years Bewick showed regularly with Taylor Galleries. There was a major retrospective, Two to Fifty, at the Guinness Hop Store in 1986; The Yellow Man, an exhibition of allegorical works based on a mythical figure she invented, a personification of life in the state of nature, was a popular success at the RHA in 1996. She published several books, including The South Seas & A Box of Paints, Seven Ages and Yellow Man. She was the subject of Pauline Bewick: A Painted Diary, a film profile by David Shaw-Smith in 1985. In 2006, she donated 500 works to the Irish nation. The largest portion are what is now South East Technological University, and at Kerry County Council’s offices in Killorglin.

She is survived by her daughters, Poppy and Holly, sons-in-law, Conor and Luca, four grandchildren, Aran, Adam, Chiara and Giada, her niece and nephew, and many relatives and friends.