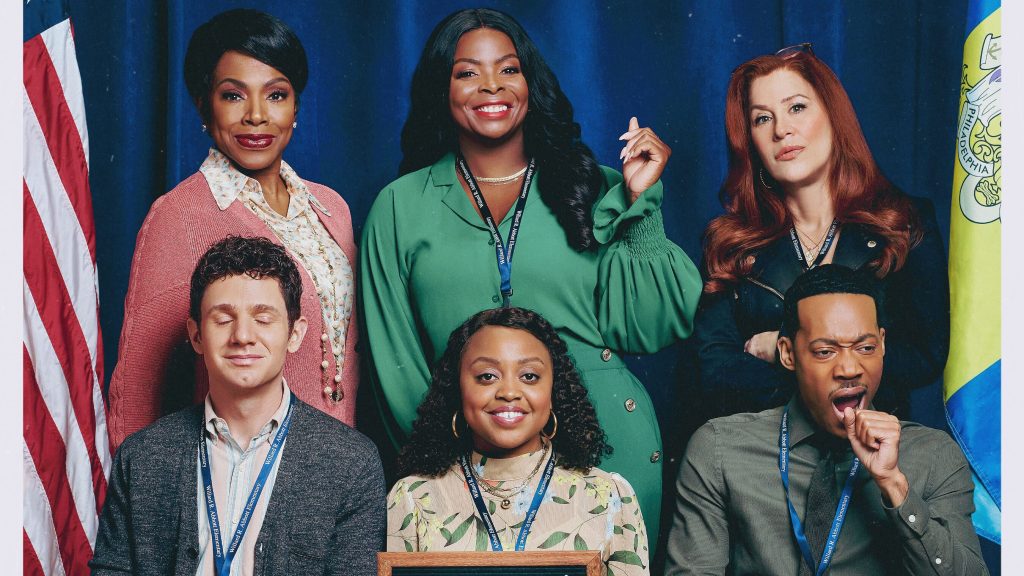 If the Oscars were looking for a good mood with “CODA,” then the TV Academy might look to Philadelphia school teachers’ delightful and charming maneuvers with ABC’s hit show “Abbott Elementary,” which just had its season finale on April 12. Created, Written and executive produced by it-girl Quinta Brunson, the mockumentary sitcom serves as a lovely reminder of the challenges that educators face daily, both in pre- and post-pandemic society, that undervalue their contributions and roles in the lives of our children. As broadcast television continues its struggles with viewership and overall presence in the awards races, the ABC comedy could be one of the freshman series that aces it with the Television Academy and its members.

With Brunson’s multiple duties on the show, she has three shots at possible nominations, including outstanding comedy series, lead actress in a comedy and outstanding writing for a comedy series. If she recognized in all three, she would be the first Black woman to receive three Emmy noms for the same series.

The series is not only a critical smash, with nearly a perfect score on Rotten Tomatoes, but even after a slow start with its premiere back in December, the show became the first comedy to quadruple its ratings since its original airing, jumping more than 300 % after 35 days of viewing across linear and digital platforms.

The show’s popularity boom could point to the industry’s yearning for more positive, optimistic programming and narrative works. After a two-year global pandemic and a politically divided country, people are seeking hope for their future. Apple Original Films capitalized on that moment with “CODA” and its heartwarming message to the best picture win at the 94th Oscars, the first streamer to achieve this feat. In a country that’s bleeding educators, primarily due to being underpaid, undervalued and too easily discarded, a show like “Abbott Elementary,” even displayed through a comedic lens, brings viewers to the frontlines of educators’ continuous struggles in underfunded districts. A triple recognition for Brunson would be a pleasant reward for that achievement.

Variety has learned exclusively that the “Pilot” episode will be the official submission for Brunson in the writing race, where she’ll face off with the likes of Hulu’s “Only Murders in the Building” and Apple TV+’s “Ted Lasso.” The kickoff of the series introduces the audience to the lives of the teachers and some of the antics that take place daily.

For both lead actress in a comedy and outstanding writing for a comedy series, each category has brought only one Black woman to the stage as a winner in the Emmys’ previous 73-year history — Isabel Sanford won in 1981 for her iconic role as Louise in CBS’ “The Jeffersons” and Lena Waithe alongside co-writer Aziz Ansari in 2017 for Netflix’s “Master of None.” So it’s about time the Emmys look to award some of our hilarious Black women, along with networks greenlighting more shows for public consumption.

In 2020, we saw history made with the first two Black women nominated for both comedy series and lead actress in a comedy — Issa Rae for HBO’s “Insecure” and Tracee Ellis Ross for ABC’s “Black-ish.” In the latter case, Ross didn’t get a producer credit on the series until 2018, after the show received three series nominations. Both are eligible to achieve those feats again this year, with Rae having a possibility of writing for her final season.

The inclusion of Black creatives has been trending upward, but there’s still a long way to go, especially in the presence of the Primetime Emmy Awards. Despite the past two years delivering two comedy series with Black producers recognized (2021 with “Black-ish” and “Cobra Kai” and 2020 with “Insecure” and “What We Do in the Shadows”), only one Black person has won Emmy’s top comedy category ever — Winifred Hervey for “The Golden Girls” in 1987.

In addition to Brunson, the surrounding ensemble has all had individual standout moments. In supporting actor, the studio (Warner Bros Television) will submit Tyler James Williams (as the substitute first-grade teacher Gregory Eddie), Chris Perfetti (as the hilarious history teacher Jacob Hill) and William Stanford Davis (as the eccentric school custodian Mr. Johnson). For consideration in supporting actress, they’re submitting Janelle James (as the inept school principal Ava Coleman), Sheryl Lee Ralph (as the religious kindergarten teacher Barbara Howard) and Lisa Ann Walter (as the funny second-grade teacher Melissa Schemmenti). As Gregory’s unsupportive father, Orlando Jones will be submitted as a guest actor. None of the actors have ever received Emmy nominations, but there’s a concentrated effort to have a few of them make the cut.

After the end of “Modern Family” in 2020 and “Black-ish” coming to an end after eight seasons on April 19, ABC’s new flagship series for laughs could begin with Brunson’s optimistic take on the world of education. “Modern Family” is the last show broadcast series to win this category in 2015 for its fifth season. The representation of broadcast networks has been minimal based on the last time each of them was able to secure noms for outstanding comedy series — NBC (“The Good Place” in 2020 and “Parks and Recreation” in 2015), CBS (“The Big Bang Theory” in 2014), Fox (“Glee” in 2011). Last year’s Emmy nominations saw a record 342 nominations for streaming/online platforms, up from 270 the previous year. Cable TV had 166 total noms, down from 198, while broadcast television saw 105 nominations, down from 126.