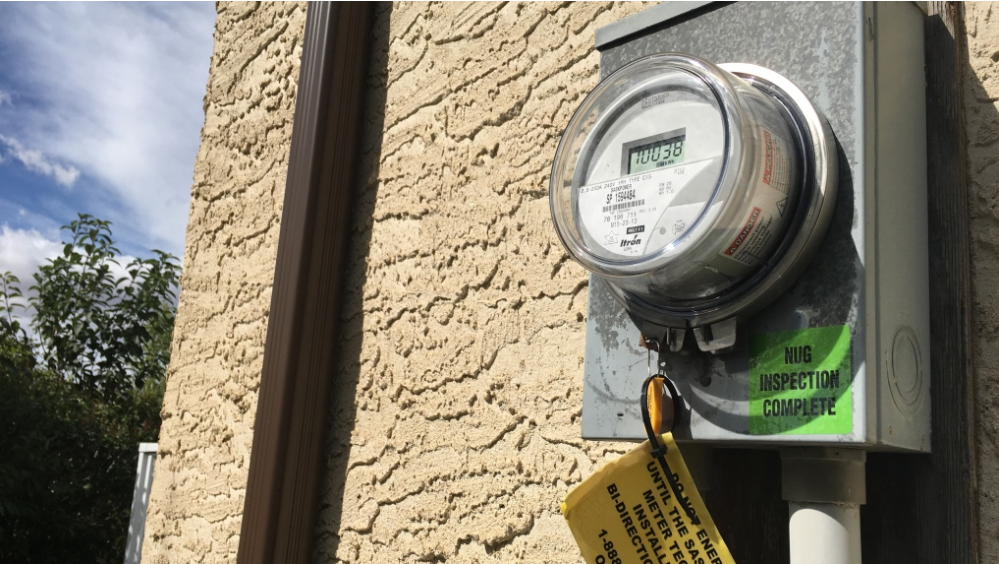 The province is making major changes to Alberta’s energy market, as losses incurred under the previous NDP government are expected to be charged to Albertans over the next eight years.

On Thursday, the UCP government released an audit outlining the losses incurred by Alberta’s 22-year-old electricity balancing pool, between May 1, 2015, and April 1, 2019.

Using already publicly available data, the UCP government ordered the audit in the “spirit of transparency” to “confirm” how the province’s balancing pool managed fixed-price deals with electricity producers.

According to the audit, $1.34 billion was lost due to losses from the sale of electricity and services under the power purchase agreements (PPAs) scheme.

“This is $1.34 billion that Albertans have to pay off through a rate-rider,” said Dale Nally, associate minister of natural gas and electricity, on Thursday.

“That is a $1.34 billion that should have stayed in Albertan’s bank accounts and could have been applied to any number of programs to enhance our electricity system,” Nally said.

“Instead it was wasted and exists today as ratepayer debt being paid off on electricity bills through a surcharge that is expected to run until 2030.”

The rate rider is expected to be charged on utility bills until as late as 2030.

In 1998, PPAs were developed by the Progressive Conservative government as a way to transition toward a competitive electricity market and produce more power to prevent brownouts.

“The three big players got to hold onto the physical assets, operate them, their engineers on the ground, but new players would own the rights to control when they operate and what price they charge into the pool,” said Blake Schaffer, University of Calgary economics professor.

PPAs were intended to allow new electricity vendors to the market, while also allowing compensation to the companies who owned generation plants.

The balancing pool was created as a quasi-artificial market for new utility companies to buy off PPAs until they expired at the end of 2020.

“The balancing pool was generating a lot of money for Albertan consumers for about 16 years,” Schaffer said. “So those gains were handed back to your bill.”

According to Nally, that was around $4 billion, which was returned to consumers on their utility bill in the form of a credit, that for the average residential customer ranged between $2 to $3.

From 2016 to 2018, Schaffer said low energy prices and the increase in carbon tax eroded profits. A clause in the PPAs allowed companies to hand them back to the balancing pool should a change in government regulation make them unprofitable.

“That’s where the rebate on your bill flipped from a $2 to $3 positive to a $2 to $3 negative for the average residential customer,” Schaffer said.

That small negative charge was due to the balancing pool taking out a loan and charging a rate rider to Albertans to recover lost revenue over multiple years.

“Albertans deserved better and should not be tripped by promises to decrease utility bills with taxpayer-funded rate caps or other shortsighted policies that both contribute to inflation and do nothing to enhance future capacity or to foster competition,” Nally said.

Nally announced the UCP would table legislation in the near future that would officially phase out the balancing pool, thereby “increasing competition” and “modernizing” Alberta’s electricity system.

“We are fixing the mistakes made by the NDP,” Nally said. “We are doing what it takes to support Albertans and to provide safe, reliable, and affordable electricity for consumers and a competitive market for investors.”

As the government dissolves the balancing pool, Schaffer wonders what will happen to the rate rider recovering losses incurred by the government agency while it operated.

“Is that going to continue to be a rider on our bills or is the government simply taking over that debt or absolving it?” I have asked.

‘IT WASN’T ABOUT WHAT’S NEW’

When questioned about why the government completed the audit, when the information was already publicly available, Nally said it was a campaign promise the UCP made to Albertans.

“It wasn’t about what’s new, it was about confirming what we thought we knew and that’s what this report does,” he said. “This independent report confirms that it was $1.34 billion.”

At the time, the UCP promised it would task the auditor general with completing a special duty audit, not hiring an external agency to complete the review.

“Our position was that we don’t think Albertans were concerned who did the audit but that it was an independent organization that did the audit,” Nally said.

Nally said he did not know how much the audit cost Alberta taxpayers. CTV News Edmonton has requested that information from his office about him.

“We’re working with all parties involved and will share the final costs of the independent review as soon as possible,” said Taylor Hides, Nally’s press secretary.

“It is interesting or odd to me that the calculation of that,” Schaffer said. “(It) was specifically done to end part way through 2019.

“The balancing pool existed and managed the PPAs until the end of 2020,” the economist added. “And prices were higher in 2019, in 2020, than they were previously. So if they switched to profitability that point was excluded in the calculation?

“So in my view, if they were doing a proper audit on the balancing pool’s losses they should’ve done the full term,” Schaffer said.

Kathleen Ganley, NDP energy critic, said in a statement that the PPAs were “bad deals” signed by previous conservative governments in the 90s.

“(They) guaranteed the profits of utility companies by tying the hands of government and exposing Alberta taxpayers to unreasonable risks,” Ganley said.

“No government should have ever signed such one-sided deals,” Ganley added. “The same approach is being taken by the UCP today.”