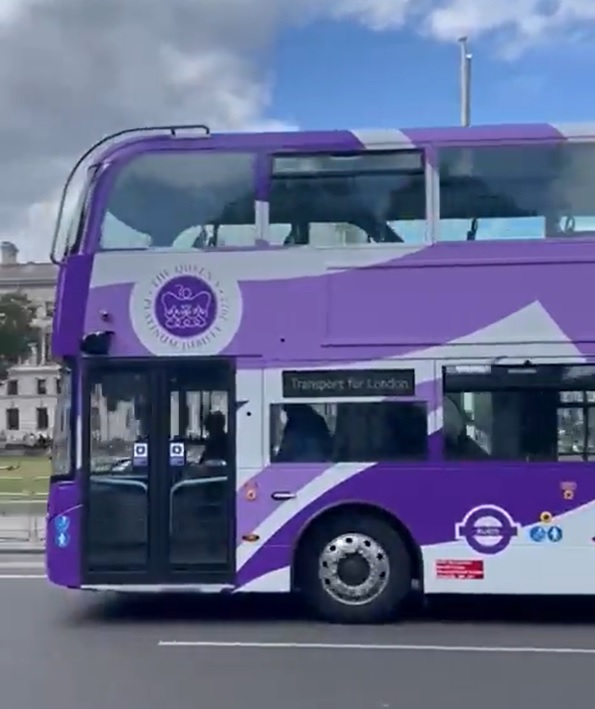 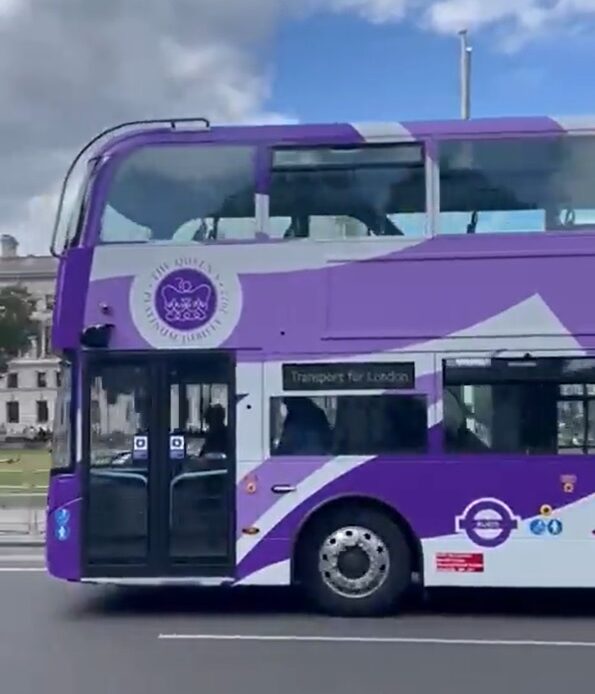 Transport for London still/ fair use

Eight Platinum Jubilee buses are now in service in London ahead of the big weekend of celebrations.

The double deckers are decked out in purple and silver and feature the official Platinum Jubilee emblem on their sides.

Transport for London unveiled the buses on May 13th 2022, just three weeks ahead of the Jubilee weekend.

There are eight Jubilee buses featuring the striking purple decorations. They will be in service on routes passing some of the most famous royal landmarks in London including Kensington Palace.

They have been paid for by bus firms Arriva, RATP, Abellio, Go-Ahead, Stagecoach and Metroline.

Seb Dance, the Deputy Mayor for Transport, said ”London is looking forward to hosting the historic celebrations of the Platinum Jubilee in June, and it will be exciting to see the celebratory TfL buses on our streets”

The special Jubilee vehicles were launched by a bus with a number plate starting ”ER70”.

Tfl is recommending everyone using their services over the Jubilee weekend plan ahead because of the high demand they are expecting. They have a special page of advice, timetables and information for the Jubilee which can be found here.