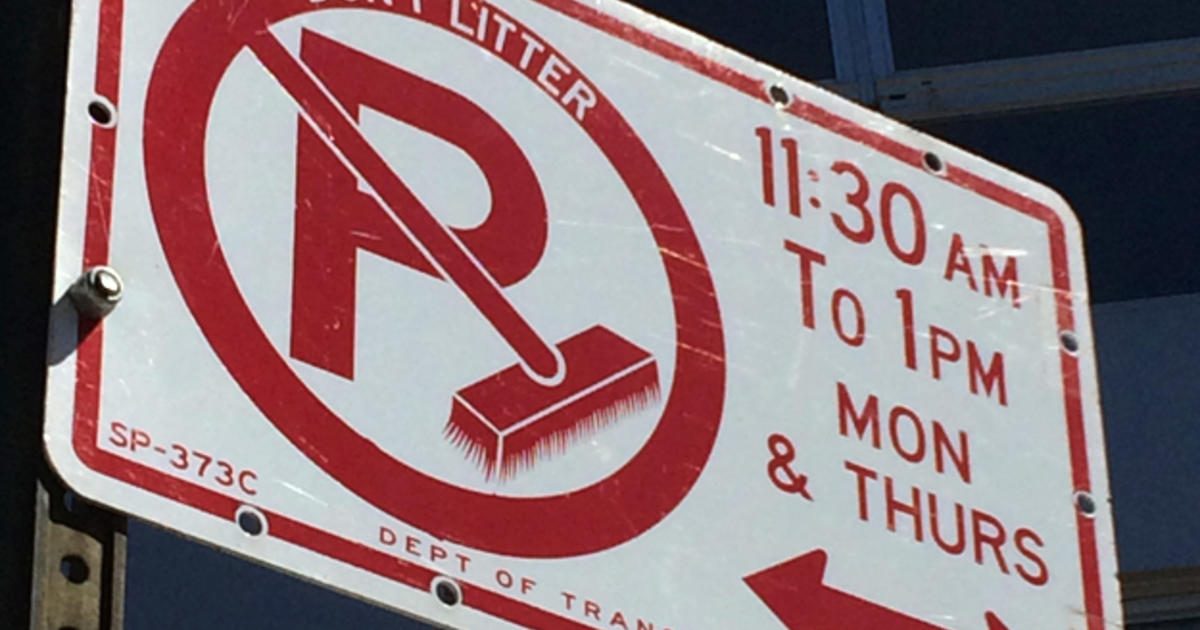 CBS2’s Vanessa Murdock shares the specifics that not all are happy to hear about.

Alternate side parking is a way of life for many New Yorkers, including Frank Chindemi, 83, of Carroll Gardens.

“I have to park on the street, can’t take it in the house,” Chindemi said. “It’s terrible. Really, really terrible.”

Right now, if a sign shows more than one day, only the last day is in effect for that side of the street – an adjustment implemented early in the pandemic to let New Yorkers stay inside.

“Went on for far too long and largely sidelined the best clean streets tool in our arsenal,” Tisch said.

That tool is the almighty mechanical broom.

Tisch emphasized pandemic policy disproportionately affected street cleaning, cutting it by more than half. It’s easy to see the outcome of that decision littered all around.

“Too many people saw a once in a while alternate side parking ticket as the cost of doing business,” said Tisch.

Angelo Vella said that it wasn’t him – he moves his car on time, but watches others risk it.

“They don’t move their cars. They’d rather get the ticket,” Vella said.

Twice a week alternate side parking will back July 5.

Murdock broke the news to a Crown Heights couple who bought a car during the pandemic.

Murdock asked Tisch if she plans to put her tech background to use, perhaps to keep drivers like Raysol from this fate.

“If you can’t find parking you have to sit in the car, with the car double parked so you don’t get a ticket,” Raysol said.

“I am super interested in looking at what technology we can leverage to improve, facilitate the work of the sanitation department and also the transparency for New Yorkers,” Tisch said.

Protected bike lanes get funding too, for cleaning. A micromobility operation machine – or MOM – that helped with snow removal, will be outfitted with a broom and vacuum to get debris out of the way of cyclists.

“When it rains, trash on the streets clogs our catch basins, and our sewers can lead to sewer backups, pollute our waterway,” said New York City Chief Climate Officer Rohit Aggarwala.

The department of sanitation has three MOMs in its arsenal to tackle tight spaces, but soon there will be ten.