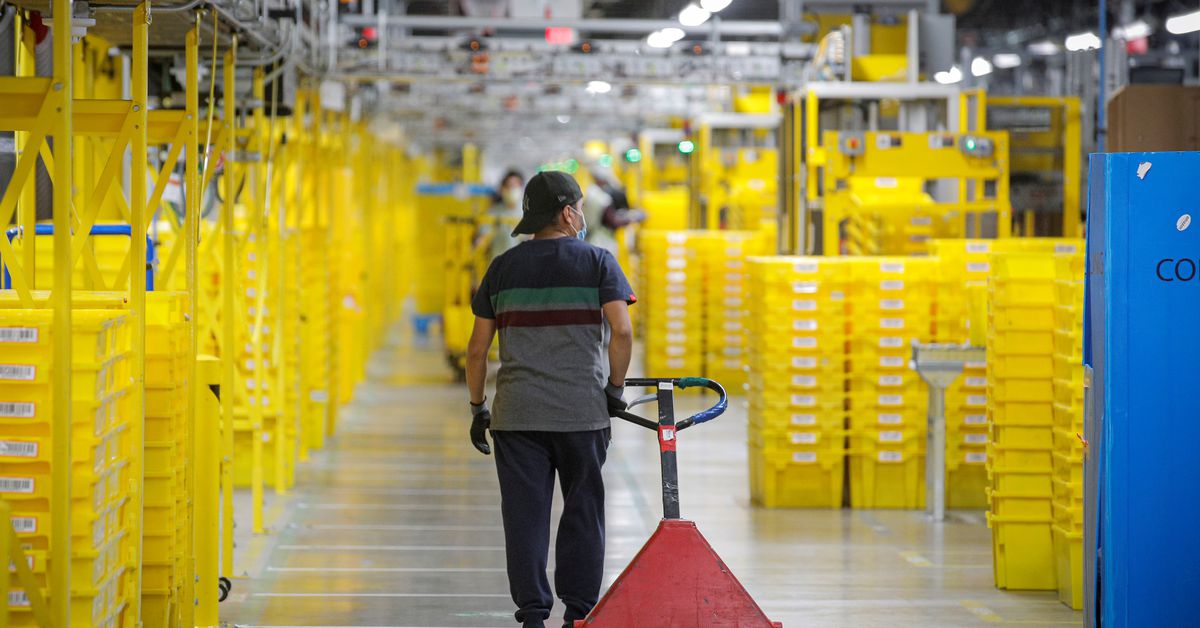 LONDON, April 7 (Reuters) – Amazon.com Inc. (AMZN.O), the world’s biggest retailer, will face a shareholder vote calling for an independent audit of its treatment of warehouse workers after the top US securities regulator turned down the company’s request to skip the resolution.

The decision means Amazon investors will get to vote on the issue for the first time, proponents said, taking advantage of guidance from the US Securities and Exchange Commission in November that made it more supportive of votes on significant social issues. read more

Founded by billionaire Jeff Bezos, Amazon has drawn increasing criticism in recent years for its treatment of workers, including claims of poor working conditions at its warehouses and its attempts to block workers unionising. read more

With investors globally pushing companies to look after their workforce as part of an increased focus on social issues, London-based retail investor activist platform Tulipshare helped file a resolution seeking to shine a light on Amazon’s practices.

Specifically, the proposal – filed under the name of a Tulipshare investor, Thomas Dadashi Tazehozi – asked the company to commission an independent audit and report on working conditions at the company.

While Amazon asked the SEC to let them refuse to put the resolution to a vote, claiming the issue relates to ordinary business operations, an April 6 letter from the SEC disagreed.

“In our view, the Tazehozi Proposal transcends ordinary business matters,” said the letter seen by Reuters.

Amazon declined to comment on the SEC response when contacted by Reuters. An annual general meeting of shareholders is scheduled for May 25.

A separate shareholder resolution seeking an audit on workplace health and safety submitted to the company by investors including the Domini Impact Equity Fund was not backed by the regulator, though.

Noting that the second resolution was “substantially duplicative” of the first, the SEC said there was some basis for the company’s request that it be allowed to skip the vote, and it would not recommend enforcement action if Amazon were to do so.

Last week some 55% of workers who cast a ballot at a warehouse in the New York City borough of Staten Island voted to form the first US union at Amazon.

In its objection filed with the National Labor Relations Board, Amazon on Thursday accused the union, called the Amazon Labor Union, of threatening to act against staff unless they voted for organizing. An attorney for the union called the assertion “really absurd.” read more