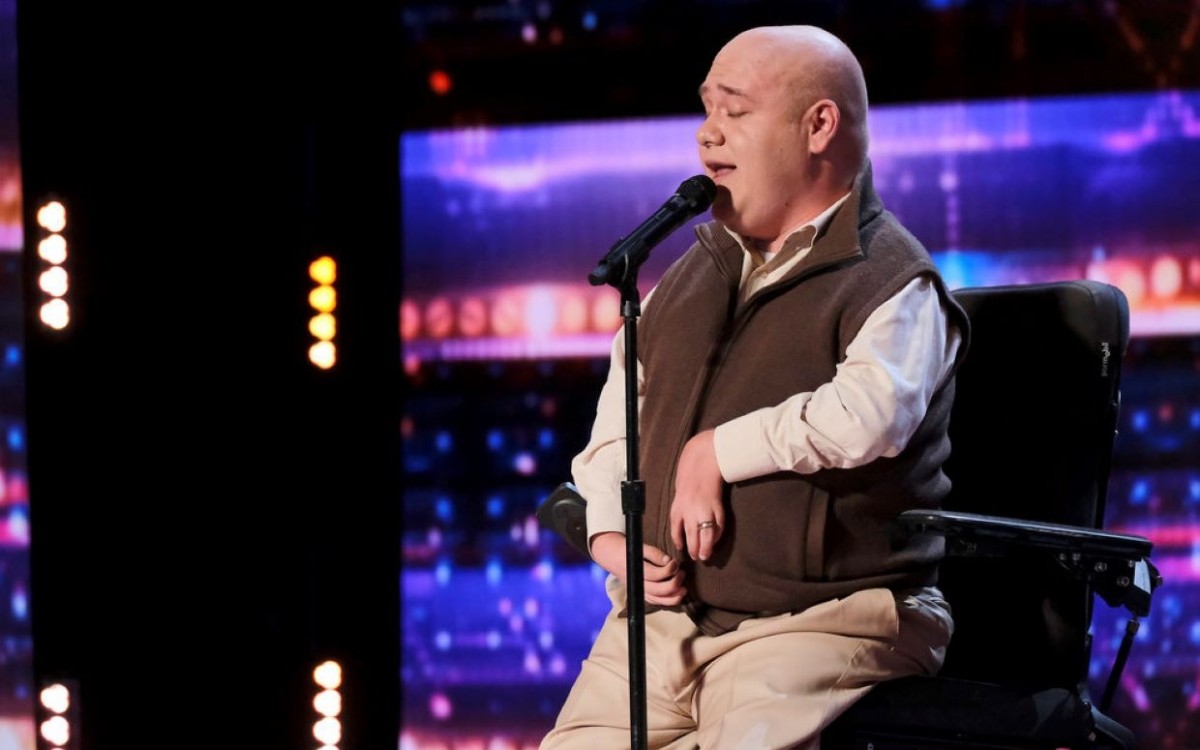 This season on America’s Got Talent, judges Simon Cowell, Heidi klum, Howie Mandeland sophia vergara said yes to 138 acts and, of those, only 55 will get through to the Live Shows, which means that more than half of the acts will not move on, including the six Golden Buzzers—Avery Dixon, Madison Taylor Baez, Sara James, Mayyas, Lily Meola, and Chapel Hart—to compete for the $1 million and the chance to headline the AGT Live show at the Luxor Hotel & Casino in Las Vegas.

On tonight’s episode, the judges—minus Sofia who couldn’t make it— and host Terry Crews gathered at Simon’s Malibu manse to decide who will go through and whose AGT journey has come to end.

“Picking 55 is going to be tough, because there are so many talented people,” Simon said. “I hate this part. I can see the 55 in my mind, but that’s nowhere near what the others are going to pick. Trust me. There’ll be a lot of arguments.”

Related: Watch the 13-Year-Old Singing Sensation that Wowed Simon Cowell Into Choosing Her for his America’s Got Talent GoldenBuzzer!

And Howie added, “There are so many great contenders, all deserving. These are the hopes, these are the dreams, and it’s in our hands.” As the judges struggled with their decision, Howie pointed out, “There’s too much love in this room, we need some no’s.”

When all was said and done, Simon said, “There are people we don’t want to lose, but we’ve got to find that perfect mix.”

Exclusive First Look! Simon Cowell Is Shocked by an 88-Year-Old Stripper Auditioning for America’s Got Talent

So, when the judges picked 54 (see below) acts to move on to the Live Shows and were still struggling to decide on the final one, Simon suggested leaving the final decision to America. “We don’t decide. Let the public decide. Like a wild card, but a voting wild card.”

America’s Got Talent Four Acts to Vote For

Take a peek at their auditions to help you make up your mind on who to vote for:

For more info and to vote online, go to nbc.com/agtvote or vote via the official AGT app. Voting closes at 7 am ET on Friday.

But there will also be some changes to America’s Got Talent this season. As usual, performances will air on Tuesday nights, with the results show airing the following night on Wednesday, but this season there will be no semifinals.

In a series first, the 55 acts will be divided into five qualifying rounds. Voting is more important than ever before, as each week, only two acts of the 11 that perform will move directly into the finale: one from the viewer overnight vote and the second being chosen by the judges from the acts that placed 2nd, 3rd and 4th.

These top 10 finalists will be joined by an 11th act—a “Final Wildcard”—chosen by the viewers in an Instant Save on Wednesday, Sept. 7. This vote will consist of four eliminated Live Show acts, each selected by one of the judges.

Then, the Top 11 finalists will compete one last time for America’s vote and the chance to win a $1 million prize during the two-night finale on Sept. 13 & 14. The winner will also perform in “America’s Got Talent Las Vegas live” at Luxor Hotel and Casino in Las Vegas.

America’s Got Talent Acts Going to the Live Shows