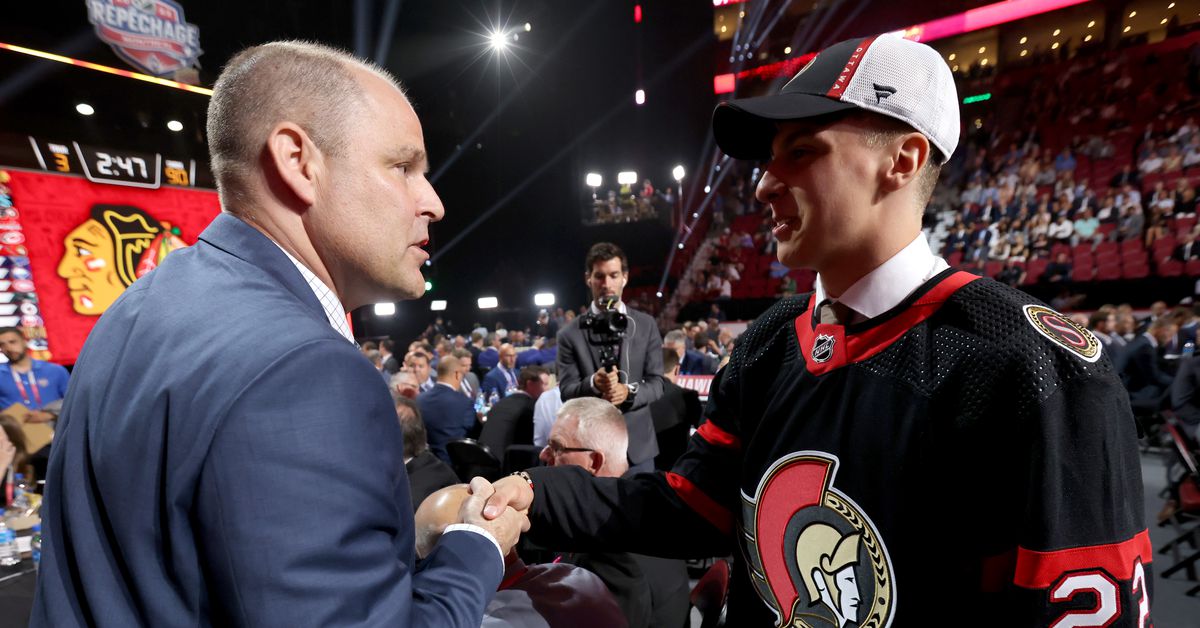 The NHL’s Atlantic Division is setting up for some fierce competition in the 2022-23 season. While the Buffalo Sabers have made several small roster moves, their divisional rivals certainly haven’t been sleeping this offseason. And while Sabers GM Kevyn Adams seems to prefer to focus on his own team, rather than what other teams have done, it’s still a worthwhile venture to check in with the divisional rivals & see what to expect in the coming months.

The Ottawa Senators are the first team the Sabers will face in the upcoming season in a game that counts, as the two teams kick things off on Thursday, October 13 at 7 pm

The Senators have a lot of room for improvement following last season, when they finished second-last in the division. Their record of 33-42-7 and 73 points was a marginal improvement over recent years, but still leaves a lot to be desired.

The Senators hold the third-longest playoff drought among Atlantic Division teams, having last made it to the postseason in 2017. The only division teams with longer droughts: the Detroit Red Wings (2016) and, of course, the Sabers (2011).

Thankfully (for Sens fans), the franchise does seem to be moving in the right direction, even if it has been a painfully slow climb at times:

“There can be no doubt that the team’s roster will be greatly improved, and anything but a substantial change in the end-of-season position will be a disappointment. However, expectations are riding high in the nation’s capital: you don’t shove all of your chips into the middle like Pierre Dorion did this off-season just to miss out on all the fun.” – Nate, Silver Seven Sens

The biggest free agent signing for Ottawa was clearly the addition of right winger Claude Giroux, on a three-year deal worth a combined $19.5 million. It’s a big splash to add the 34-year-old with plenty of leadership experience. The fact that he had 65 points (21-44) in 75 games last season with the Panthers certainly doesn’t hurt, either.

Locking up center Josh Norris, who had 55 points in 66 games last year, to an eight-year contract is another key piece for the Sens. Ottawa’s two other significant moves this offseason has been shedding Matt Murray’s contract, and nabbing an absolute steal in acquiring Alex DeBrincat from the Blackhawks. DeBrincat had 78 points (41-37) in 82 games last season, and 56 in 52 the year prior. For the Sens to not only acquire such an offensive talent, but at minimal cost? Yes, please.

The Sens have added a lot of offensive firepower, and retained most of their top scorers – Brady Tkachuk, Tim Stützle, Drake Batherson. In net, they retain Anton Forsberg, who carried most of the workload last season. Forsberg appeared in 46 games, accruing a .917 save percentage and 2.82 GAA. They dropped Murray (with a little salary retention) and added 35-year-old Cam Talbot via trade. Talbot, who has one year left on his contract, had a .911 save percentage and 2.76 GAA with Minnesota last season.

Fun fact: this is the final year that the Senators are going to be paying Dion Phaneuf. He’ll get $354,167 as the last piece of his 2019 buyout from him.

Former Sabers forward Tyler Ennis spent last year with the Senators, but remains unsigned as a free agent as of writing. Ennis had a hat trick and one assist against Buffalo last season.

The passing of Senators owner, governor & chairman Eugene Melnyk back in March has certainly sparked some change for the franchise. Melnyk owned the Senators since 2003. The team is now currently owned by his estate, and it seems that Anna & Olivia Melnyk (Eugene’s daughters) have at least some say in how the team is being run. Both were at the NHL draft earlier this summer and seen chatting with GM Pierre Dorion. NHL commissioner Gary Bettman said earlier this year that the Senators aren’t currently for sale and there’s no urgency to do so, but it is at least something to be mindful of.