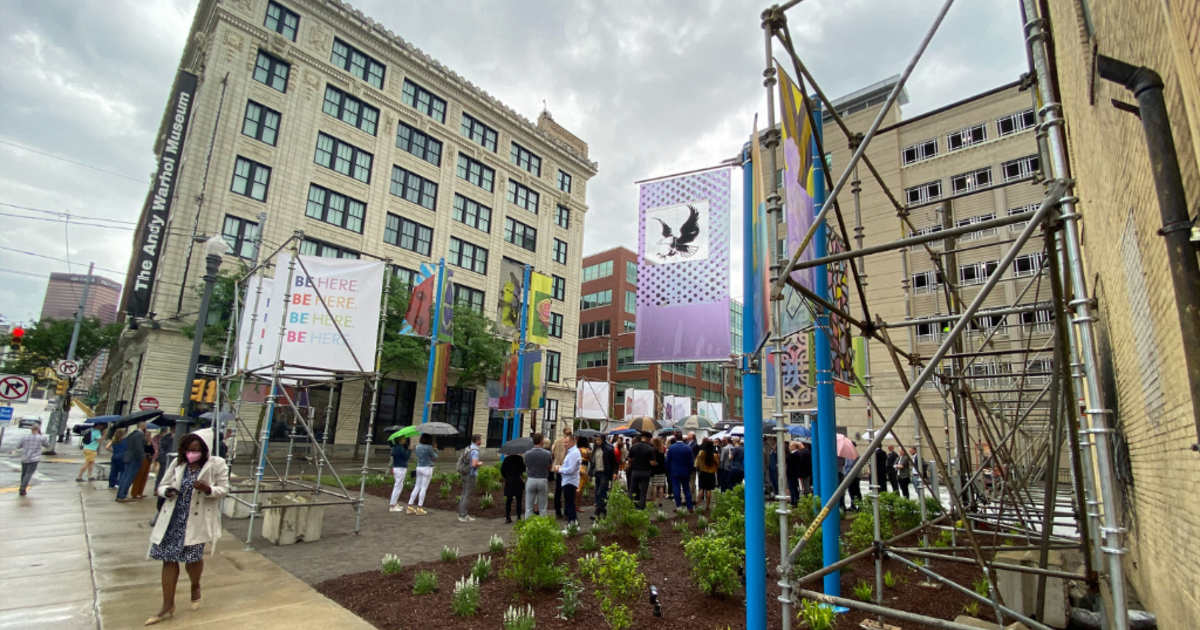 PITTSBURGH (KDKA) – The Andy Warhol Museum is creating what they’re calling a Pop District on the North Shore.

The $60 million initiative will cover six blocks and be a destination for public art and live concerts and will hopefully attract restaurants, art galleries and other businesses.

The Pop District, right across the Andy Warhol Bridge, is expected to spur economic development with an impact of $100 million dollars.

People as young as 14 will help create social media content as part of the initiative.

The museum says it’s something Warhol did not have growing up and had to leave Pittsburgh to find.

“Ultimately he came back here at the end of his life, but we have to remember that this initiative will only succeed if it helps to make sure that the next Andy Warhol doesn’t have to leave Pittsburgh to become Andy Warhol,” said Sam Reiman, the Richard King Mellon Foundation director.