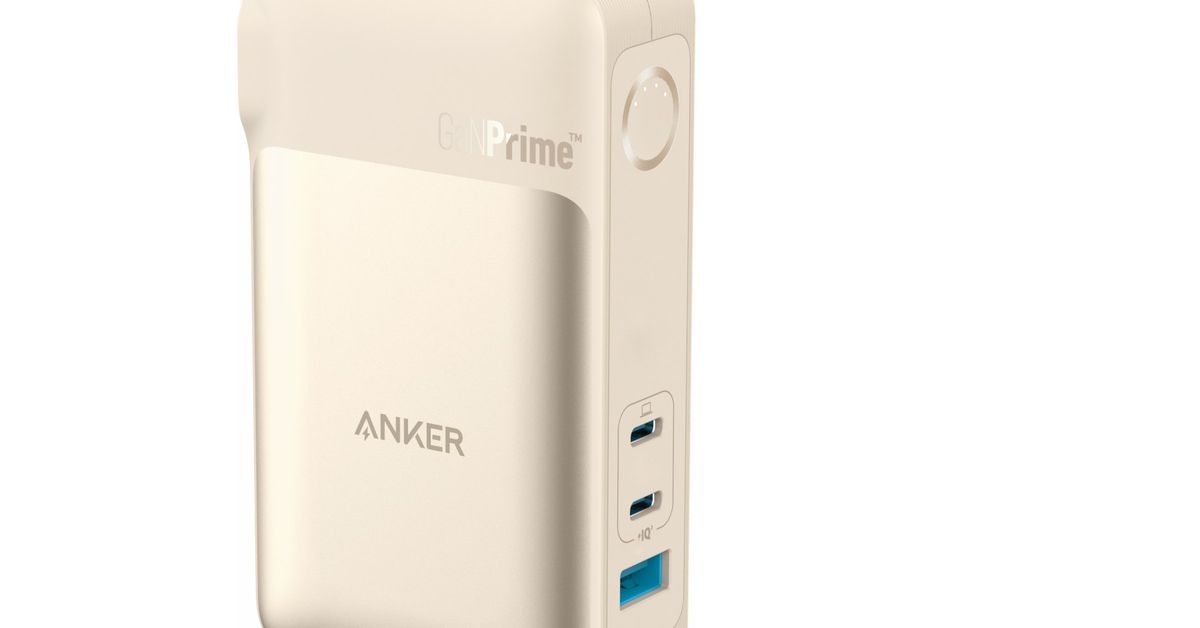 Anker just showed off a slew of new gallium nitride (GaN) chargers dubbed GaNPrime, which adopt the latest GaN 3 fast-charging tech to push up to 150 watts of power while taking up even less space than the previous generation. Anker points out that its new flagship 150W GaNPrime charger is 38 percent smaller than Apple’s 140W GaN MacBook Pro charger, and Anker’s 120W version is 39 percent smaller than Apple’s 96-watt MacBook Pro charger, which provides an obvious edge in portability.

Compared to Anker’s own previous generation chargers, the sizes are only slightly smaller. But they can still provide more power for more devices. “The new [737 GanPrime] 120W charger is 8 percent smaller in volume than the Anker 736, but can output 20W more power … the increased power output and increased number of charging ports achieve our goal: reduce the number of chargers consumers have to juggle around on a daily basis ,” said Anker’s head of communications, Edo Campos, in an email this week.

They also include new power allocation smarts that Anker calls Power IQ 4.0 and ActiveShield 2.0 temperature management to keep things from overheating. All combined, it helps GaNPrime gear achieve about a 1.6 percent hop in AC-to-DC conversion efficiency.

In its higher watt chargers (100W or more), Anker’s tech uses a digital power controller and IPS switch from Infineon to replace slower silicon material as well as GaN power ICs from Navitas. In a November Decoder episode, Anker CEO Steven Yang explained that the company’s early relationship with partners developing GaN components is why it has released chargers with the technology months ahead of similar products.

The new 150-watt Anker 747 is the company’s newest flagship charger for the US. It features one USB-A port and three USB-C ports with Power IQ 4.0, which Campos tells us can identify the demand of the devices plugged in and dynamically redistribute power from plug to plug. According to Campos, Power IQ does not see the percentage of power remaining per device; rather, it prioritizes higher-demand devices while also making sure there’s power going to each device.

If it works as described, it could make the multiport chargers easier to use by making sure everything gets charged as quickly as possible, with less thinking about where things are plugged in and how many ports are being used. The Anker 747 150W is available for preorder for $109.99 and will ship in “late Q3.”

Anker’s 727 Charging Station is a combined power strip and 100W device charger. It’s only 18mm thick but can accommodate two grounded AC plugs straight in from the top, and the front side has two USB-C PD ports plus two USB-A. ActiveShield 2.0 is also here to make sure the station doesn’t overheat, and while the power cord is detachable, be careful not to lose it, as the in-line three-prong port is non-standard. It’s on sale now for $94.99.

There’s also a cool little AC power extension cord with a built-in 65W power supply that lets you wrap its cord around the body and snugly hide it away into a silicone cocoon — reminiscent of the old Quirky Powercurl MacBook charger wrap. It’s got two USB-C ports and one USB-A port to go with the two AC outlets and is available now for $69.99.

The PowerCore lineup also got an upgrade with the Anker 733 (pictured at the top), which is available now for $99.99. It’s capable of 65W of power through two USB-C ports and one USB-A port and can fast charge an iPhone to 50 percent in 30 minutes while in its 10,000mAh power bank mode.