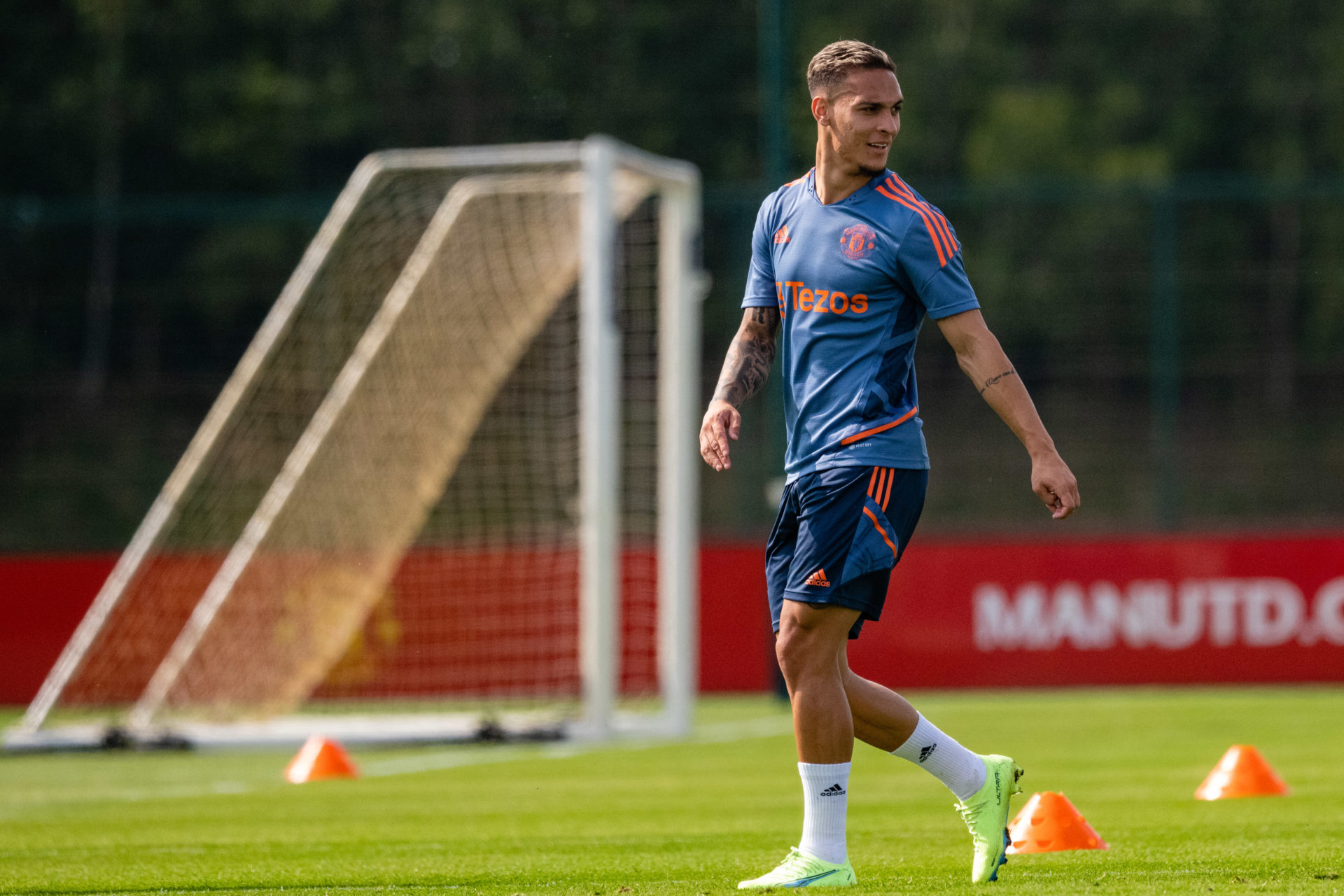 New Manchester United signing Antony has been pictured in training at Carrington for the first time.

The £81 million summer signing joined his new teammates as preparations begin for Sunday’s game at home to Arsenal.

Antony is eligible to play in the fixture, and he is bidding to show manager Erik ten Hag that he may be fit enough to start.

The winger was seen looking at home at Carrington as he settles into life as a Manchester United player.

The Brazil international has played one league game for Ajax this season and so will hope to show he is fit enough to feature soon for Manchester United.

These pictures of him setting straight into training were exactly what we wanted to see.

Fellow new signing Martin Dubravka was also involved in the session and the goalkeeper could be on the bench this Sunday against Arsenal.

Duvravka was United’s sixth and final signing on loan from Newcastle United. The Red Devils have an option to buy at the end of the season.