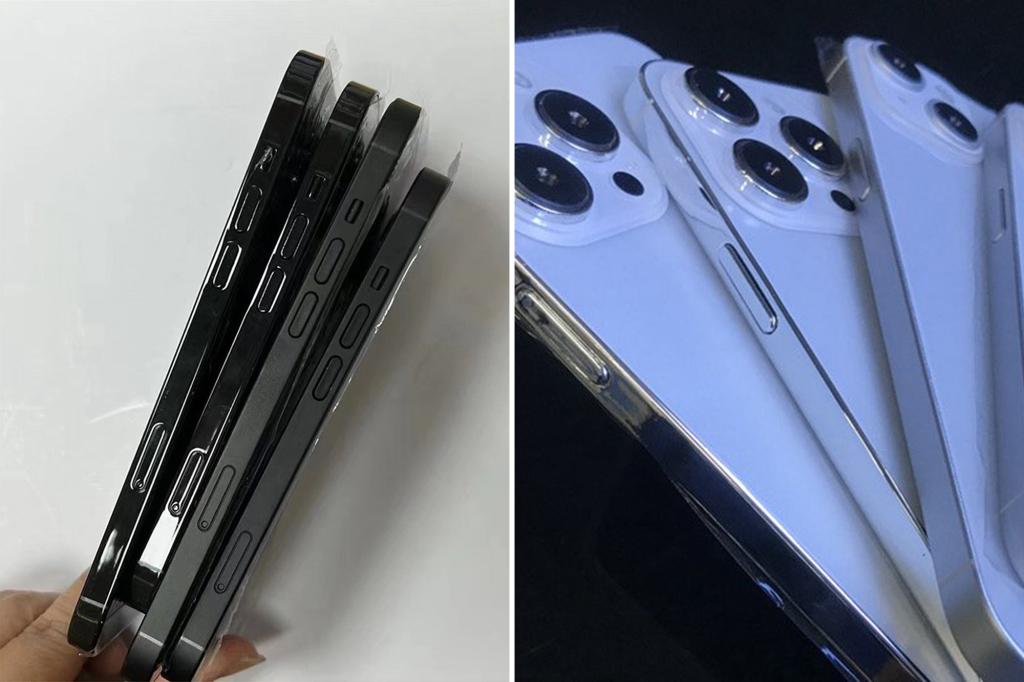 A notorious Apple insider has seemingly leaked images of iPhone 14 dummy models — in a collection of pictures and a video posted this week.

The iPhone 14 is expected to launch in September 2022 but the insider shared images on May 30, several months ahead of its debut.

Tech insider Sonny Dickson started his blog by posting leaks about the iPhone 4.

The iPhone 4 brought significant change to the iPhone’s physical design — the phone was elongated and remastered, changing the overall feel of the device from one generation of iPhone to the next.

If the new leaks of the iPhone 14 are genuine, then the design tweaks are not as drastic as they have been in years past.

TomsGuide reported that the iPhone 14 Max would be a new tier of iPhone that borrows some but not all elements of the Pro Max.

The iPhone 14 will have the raised rear-camera bed that was seen on the iPhone 13.

A sizing test done on 3D mock-ups of the unreleased device shows the camera bed might be slightly larger, perhaps to support a bigger lens.

The video is too low resolution to confirm or deny if iPhone 14 Pro and Pro Max models are ditching the notch at the top of the screen in favor of a pill and punch design.

The charging port resembles the Lightning port on every iPhone since 2012, but the hole on the dummy models is ovular enough that it could fit a USB-C port.

The European Union is expected to force tech companies to adopt the USB-C as a universal charger to combat e-waste.

This story originally appeared on The Sun and has been reproduced here with permission.