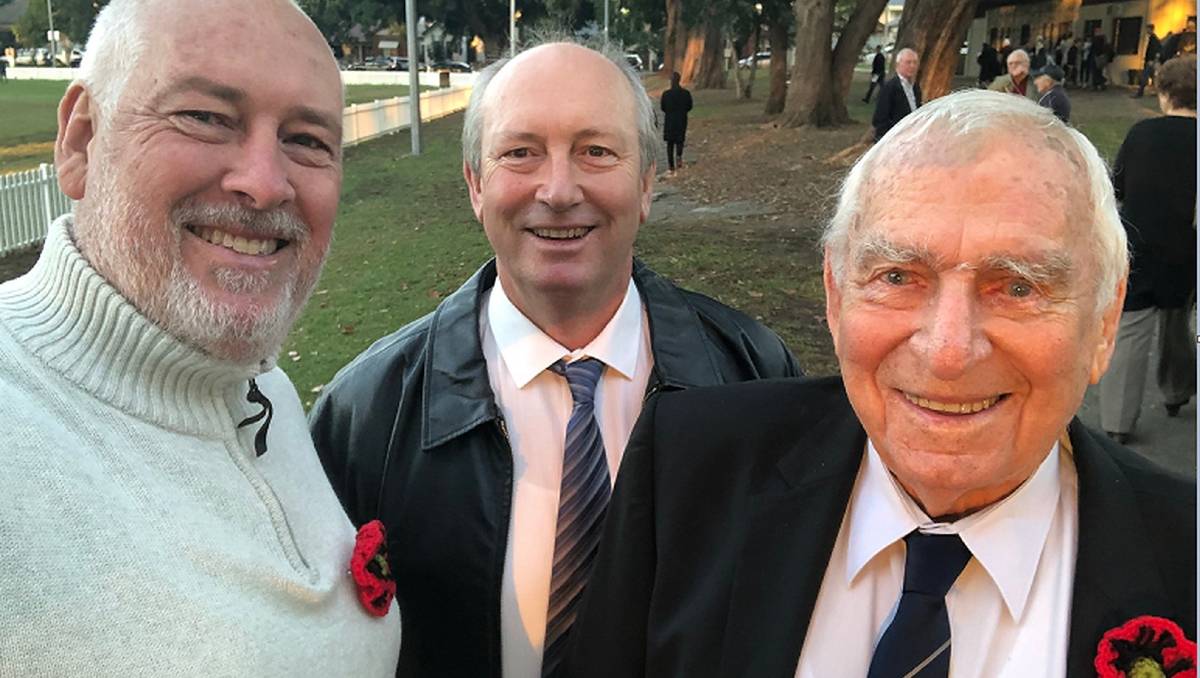 It will be a special ANZAC Day Dawn Service this year at the memorial at Arncliffe Park.

The Arncliffe RSL Sub-branch will unveil restoration works ANZAC Day that are currently being undertaken at the memorial in Arncliffe Park.

And it will be carrying on a family tradition for Arncliffe RSL Sub-branch secretary Jace Pearson, his brother Greg and father Roy.

“My grandfather Thomas Thornber was a WWI veteran who fought at Gallipoli and on the Western Front,” Mr Pearson said.

“On his return to Sydney after the war he became the founding secretary of the Arncliffe RSL Sub-Branch..

“Our Sub-Branch is one of the oldest Sub-Branches in New South Wales, if not the oldest,” Mr Pearson said.

“We have a very proud history and significant presence in the community of Arncliffe by regularly visiting the local primary schools to keep the ANZAC spirit alive.

“For the last five years or more my father, Roy Pearson, a WWII veteran, my brother and I have been heavily involved in the Sub-Branch, helping to grow our membership, restoring the cenotaph and trying to raise awareness of the health and wellbeing of our veterans through organizations like Soldier On, Open Arms and Mates 4 Mates.

“Our Sub-Branch are very excited about unveiling the restoration works that are currently being undertaken on the cenotaph this coming ANZAC Day.

“The cenotaph unfortunately hasn’t received too much love and attention since it was relocated to its current location all the way back in 1968.

“It has been vandalized in the past.

“The sub-branch got an $8,000 grant to install four granite panels with new emblems for the Army, Navy, Air Force and Merchant Navy.

“Renovations are ongoing. We are fixing up the sandstone and we are hoping to replace all the surrounding tiles with our next grant plus making the cenotaph more easily accessible for veterans.

“We tried to get a panel to recognize women in the services but they don’t have anything available. The serves were gender neutral.”

Mr Pearson said their has been a resurgence in the sub-branch membership.

“When my father joined the sub-branch at the age of 90 there were only three veterans left,” he said.

“Now we have up to 20 members. Some are Vietnam veterans and some are from the existing services.

“They will all be represented at this year’s Dawn Service.”

Mr Pearson hopes the restored memorial will herald a continued resurgence for the Sub-branch.

And it will carry on the family tradition.

“We will have three generations of the family there,” he said. “My children will be there as well.”

Kogarah RSL Sub-Branch Cenotaph next to Jubilee Oval. 8am.