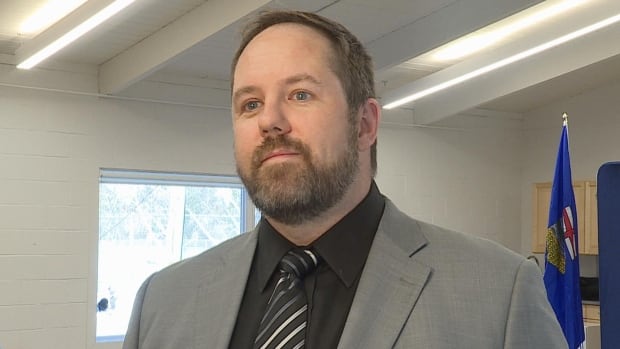 As Premier Jason Kenney and his supporters await the results of a UCP leadership review, Alberta voters are also learning about a new provincial party — the Buffalo Party of Alberta.

It held its official launch Thursday in Calgary with leader John Molberg at the helm.

He said he wants to give people in the province something to vote for, not against.

“It’s a principle-based party,” he said Friday in an interview on the Calgary Eyeopener.

“We’re going to start with our members and build out a policy framework for our members based on principles such as equality and respect and acceptance for all.”

The party isn’t separatist — and is not affiliated with the Buffalo Party of Saskatchewan — but it does want more autonomy from Ottawa.

“The provinces are equal. That’s the way that the Constitution was set up, but inside of that, we’re all unique,” he said.

Some political scientists are pointing to the timing of this announcement, saying the launch of a new party right now is not a coincidence.

Premier Jason Kenney will learn his political fate on May 18, when the United Conservative Party (UCP) announces the result of mail-in voting on whether he should remain party leader.

“If Jason Kenney survives next week, will you see an exodus from some of those critics, particularly in rural Alberta, into a new party?” said Mount Royal University political science professor Duane Bratt.

“I know there is at least one MLA playing footsies with the Buffalo Party, and there could very well be a few more of them depending on how the vote on the 18th of May goes.”

The Buffalo Party of Alberta

The creation of the Buffalo Party of Alberta started about 18 months ago, Molberg said, when he heard people around him saying there’s nothing left to vote for in the province.

He said his party is focused on fiscal prudence, improved health care and less government interference. He also wants to try to keep more Alberta tax dollars within the province.

Several new parties have formed over the years to challenge the status quo, Bratt said. Some are quite successful — like the Wildrose Party, which led to the merger and creation of the UCP — and some are not.

For the Buffalo Party of Alberta to win over voters, political science professor Lori Williams of MRU said it will have to have a strong leader.

Molberg is a long-time Albertan and business executive with a background in engineering, according to the party’s website. He’s the vice-president of Canadian UAVs, an aerospace and defense company in Calgary.

“These are not very high-profile folks. What they really need is a high-profile person or persons who can effectively advocate for the concerns that they share,” Williams said.

But Molberg argues it’s the everyday person whom the party wants to prioritize.

“Ultimately, we don’t see ourselves reflected in Edmonton at this time,” Molberg said.

Molberg said he doesn’t want to put his party on the political spectrum.

When asked if he thinks the Buffalo Party of Alberta might divide the conservative vote further, he said: “Each of us gets one vote and we should vote based on our principles and our values ​​and the things that we stand for … the result is the result.”

Still, as the UCP deals with dissatisfaction within its party and its base, the review result on May 18 becomes crucial for where the conservative vote is headed, Williams said.

And as a 2023 spring election looms closer, many residents, and politicians, are deciding where their loyalties lie.

“The fact that there are divisions is not surprising. The question now becomes how many people are dissatisfied enough with the current leadership?” she said.

“Which party is best equipped to … address the concerns of that audience?”