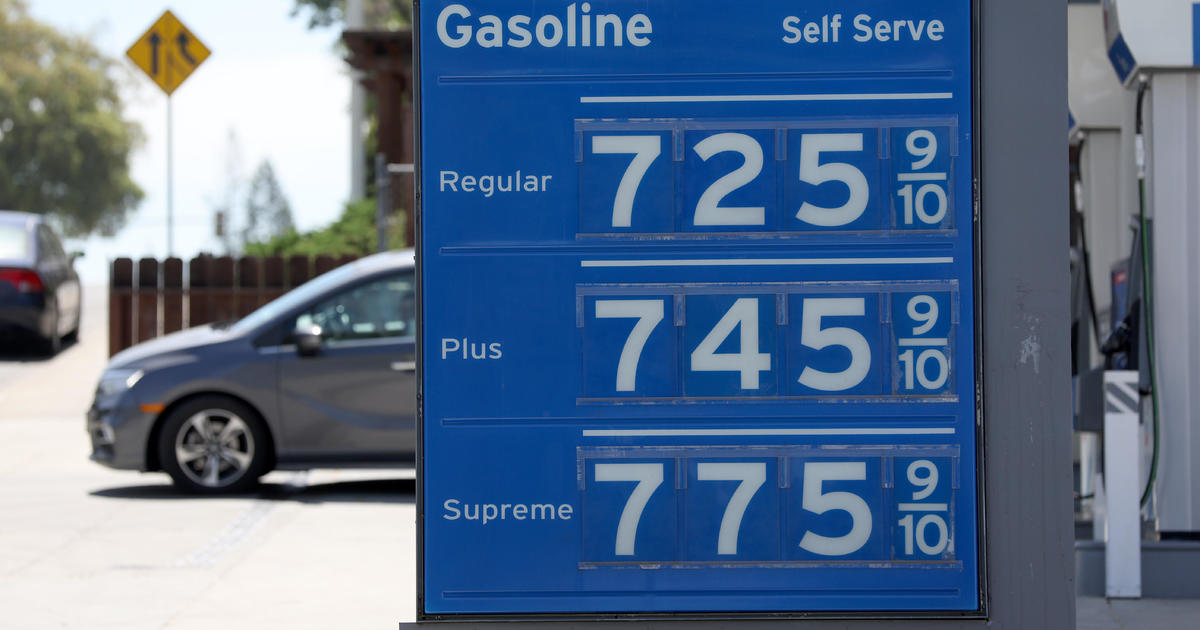 Motorists across the US are grappling with gasoline prices that are reaching new records almost daily, but the pain isn’t evenly distributed across the nation. Take the handful of locations where a gallon of regular fuel now costs as much as the federal minimum wage of $7.25.

It’s a painful threshold that prices at the pump have reached in at least 15 stations — all in California, according to GasBuddy. Granted, the minimum wage in California is far above the federal minimum, with workers in the state earning at least $14 an hour, but paying $7.25 a gallon or more still takes a chunk out of the typical paycheck.

On average, California drivers are paying more for gas than drivers in any other state — an average of $6.19 a gallon as of June 1, compared with the national average of $4.67 a gallon, according to AAA. That is partly due to higher taxes in the state to pay for infrastructure and other costs, but there’s also something that economist Severin Borenstein of the University of California, Berkeley, calls a “mystery gasoline surcharge” — a price gap that can’t entirely be explained by fees or other factors.

Here are the 15 service stations in California charging more than $7.25 as of June 1, according to GasBuddy:

As Americans returned to work after the Memorial Day weekend, average gas prices jumped to a record $4.67, up from $4.18 a month ago and $3.04 during the same period last year, according to AAA.

Elsewhere around the US, Patrick De Haan, an expert on oil and gas prices, warned in a Memorial Day tweet that gas prices could continue to rise in the Great Lakes region and in Florida, where a gallon of regular in cities such as Tallahassee and Palm Beach already costs $4.69, according to GasBuddy.

Americans are increasingly pessimistic about the economy, driven by concerns about the highest inflation in 40 years and a stock market that has plunged due to fears of a recession, accordingly to a new CBS News poll. While motorists continue to fill up at the pump, they are cutting back on spending in other areas — like dining out — to compensate.

The impact of high gas prices is adding up: the typical household is now spending $4,800 on gas at an annual rate, compared with $2,800 a year ago, accordingly to Wall Street analyst Ed Yardeni.

Unfortunately, analysts aren’t forecasting that gas prices will recede anytime soon. De Haan thinks there’s a good chance prices will hit $5 a gallon this summerwhile an even more pessimistic analysis from JPMorgan recently forecast the national average could top $6 to gallon by August.

Borenstein of Berkeley recently told CBS News that he doesn’t foresee $2 or $3 per gallon gas anytime soon. That’s because crude oil prices have jumped in the past 12 months, and world demand for fossil fuels is rising even as supply is lagging, he noted.

“Even before Russia attacked Ukraine, we were seeing the production of oil lagging. Producers in the United States are reporting they’re having a hard time getting workers to come back to the oil fields,” Borenstein said. “They’re having supply-chain problems with parts and equipment.”