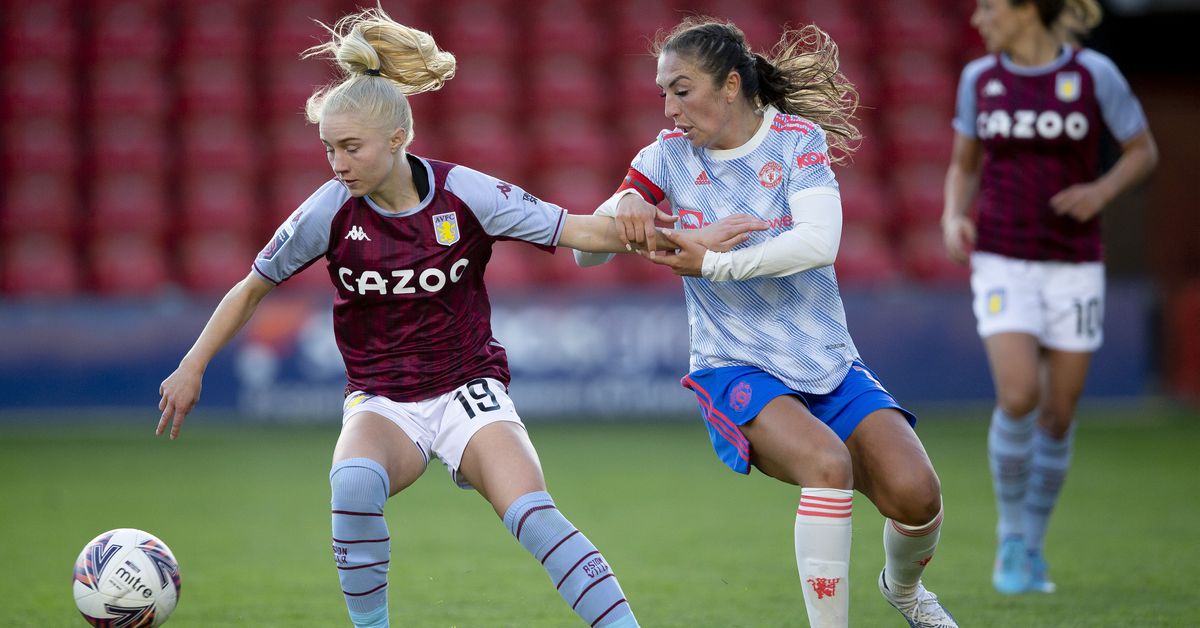 Marc Skinner’s Manchester United failed to come closer to qualifying for the top three, as they were held to a goalless draw by Aston Villa on Sunday evening.

With three games to go, United had a chance to go three points clear of rivals Man City at third as the Citizens had grabbed a convincing 4-0 win over Leicester City at the weekend. With games against West Ham and Chelsea coming up, the task of qualifying for the top three just got a bit stiffer.

United were unchanged from their win over Brighton from two weeks ago, as Hayley Ladd and Maria Thorisdottir kept their place at centre-back and were flanked by Hannah Blundell and Ona Batlle. Katie Zelem and Jackie Groenen started in midfield, just behind Ella Toone, Alessia Russo, Leah Galton and Martha Thomas.

Villa goalkeeper Sian Rogers was key to helping Villa keep a clean sheet, as she first made a stop off Toone early on. The 23-year-old was called into action some minutes later as well, as Thomas was clean through on goal but was denied by Rogers.

Russo had combined well with Toone in the 35th minute and the resulting chance saw the 23-year-old hit straight at a Villa player before the ball was cleared well. Blundell had a chance to make it 1-0 just before half time but the left-back’s curling effort sailed just over Rogers’ goal.

United had a golden chance to make it 1-0 minutes after the first half began, as Galton managed to set up Thomas down the center but the resulting shot was fired just wide of goal.

Villa were happy to stay compact and frustrate United, but Alisha Lehmann had a chance to score through a free-kick which went straight at Mary Earps.

In the 75th minute, Rogers was called into action again. Thomas had set up Toone on a quick break but the attempt was saved by Rogers well to keep the tie at 0-0.

It proved to be another frustrating night for the Reds, who have won three of their last five games and these dropped points could prove crucial in their race for the top three.