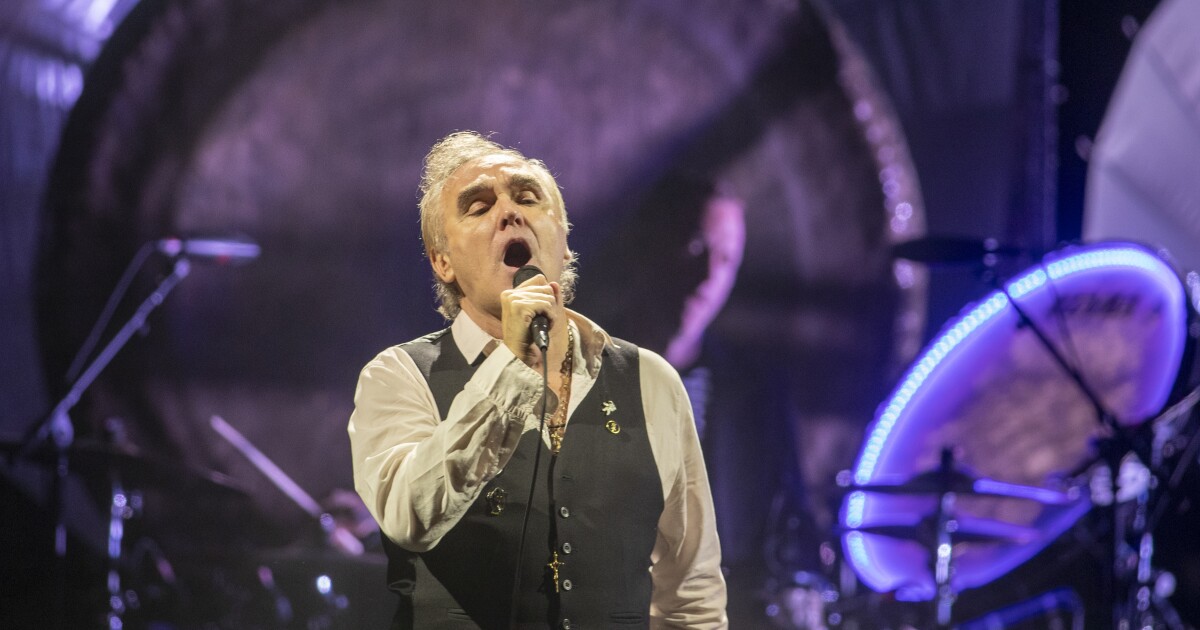 Had Coachella been held in the early 1980s, its lineup likely would have included many of the artists performing at this weekend’s Cruel World music festival in Pasadena.

Produced by Coachella promoter Goldenvoice, Cruel World time-travels back to that moment when synthesizers were supplanting guitars and rebel teens born into Baby Boomer hegemony and nostalgia were hungrily seeking new sounds and ideas.

It’s a tale of survivors: the men and women whose then-fresh faces typified early MTV, upended classic-rock dominance and offered hope to weird kids throughout rural and suburban America.

It’s also a tale of great songs that have come to define the era while inspiring younger acts such as Cruel World performers Cold Cave, Drab Majesty and Automatic on their own journey toward musical disruption.

Saturday is sold out, but tickets remain for Sunday. (Note: Echo and the Bunnymen were slated to perform but canceled due to visa issues.)

With a forecast high of 90 degrees on Saturday, expect to sweat away your hairspray and makeup by the time LA’s Christian Death concludes its 2 pm set. As a result, the Goth Code of Conduct prohibiting cargo shorts or tank tops likely will not be enforced this weekend. (For The Times, this reporter and Suzy Exposito will be in attendance, sans hairspray, to liveblog the Saturday concert.)

Below, the songs we never tire of — and that we’d better hear — by five acts appearing at Cruel World.

Bauhaus, “Bela Lugosi’s Dead”
There would be no goth movement without “Bela Lugosi’s Dead,” a frenetic, cavernous post-punk masterpiece that, at nearly 10 minutes, was a dance-floor staple in darkened clubs. Inspired as much by Jamaican dub as by the underground punk scene, the slow-building, minimalist track focuses on him’s great horror actor’s work. “The bats have left the bell tower / The victims have been bled,” moans singer Peter Murphy. “Red velvet lines the black box / Bela Lugosi’s dead / I’m dead, I’m dead, I’m dead.”

Devo, “Gates of Steel”
Few bands were as strikingly, deliberately disruptive as Devo, founded in Akron, Ohio, by two sets of brothers and led by Mark Mothersbaugh and Gerald Casale. Devo’s best known for “Whip It,” a kinda-sorta novelty hit powered by a ridiculous music video. But drop the needle on “Gates of Steel,” a seriously inspiring song about escaping the cage of groupthink: “Twist away the gates of steel / Unlock the secret voice / Give in to ancient noise / Take a chance, a brand new dance. ” Few songs speak more deliberately to the generation responsible for birthing rap, house, techno and synth pop.

Blondie, “One Way or Another”
Where the ’60s emphasized peace and love and opened its decade with girl-group boy-crush hits, music of the late 1970s and early ’80s used similar Brill Building song structures to tackle opposing themes: revenge, isolation, depression and nihilism. Blondie’s Debbie Harry captured the tension of the time in “One Way or Another.” Featuring lyrics that might have been written by a serial killer — “I will drive past your house / And if the lights are all down / I’ll see who’s around / One way, or another, I’m gonna find you” — the song’s tension is fueled by a catchy girl-group melody totally at odds with the lyrical vindictiveness.

Psychedelic Furs, “The Ghost in You”
The Furs’ Richard Butler is an underrated songwriter, and the evidence is in every line of “The Ghost in You,” Best known for “Pretty in Pink,” the song that inspired the title of the movie, the Furs started out as a grim, cavernous goth-punk band before gradually, gracefully moving toward the commercial center. In addition to “Pretty in Pink,” the band hit with songs including “Love My Way,” “Heaven” and “The Ghost in You,” the latter a sublimely inscrutable song about the helplessness of desire and the pain of fading love. Its opening couplets set a mysterious, Chandler-esque tone: “A man in my shoes runs a light / And all the papers lied tonight / But falling over you / Is the news of the day.”

Morrissey, “Suedehead”
Oh Morrissey. Why can’t we quit you? “How Soon Is Now?” is one reason. “Every Day Is Like Sunday” is another. The biggest grump of his generation of him is also his most charismatic singer and lyricist, a walking contradiction beloved and embraced by generations of Southern Californians — and tolerated, if that, by meat eaters and immigrant-rights activists. Like “One Way or Another,” Morrissey’s “Suedehead” regards desperate, all-consuming and downright creepy behavior. “Why do you come here?” wonders a lovelorn Morrissey to open, before accusing an obsessed ex-lover of stalking him. “You had to sneak into my room / Just to read my diary / It was just to see, just to see / All the things you knew I’d written about you.”