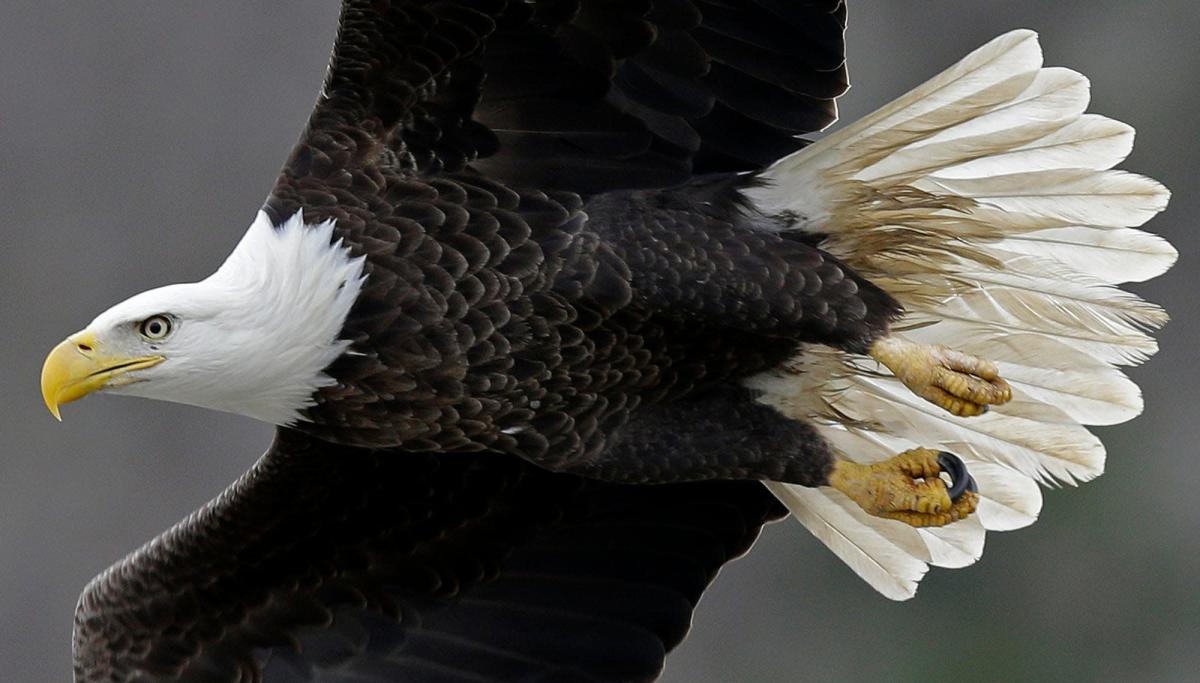 Among the latest victims of the bird flu outbreak sweeping across the country: the national bird of the United States.

Bald eagles in 14 states died after contracting bird flu, and eagles in another two states are suspected of falling ill with the highly pathogenic avian influenza, or HPAI, according to data from the US Department of Agriculture. In all, 36 Bald Eagles have died since February.

The Georgia Department of Natural Resources reported Thursday that three bald eagles in the state that died recently tested positive for the bird flu virus. Other dead bald eagles will also be tested.

Officials said recent aerial surveys of eagle nests on the state’s coast revealed several failed nests, including eaglets dead or missing when they normally wouldn’t have left the nest yet. Bob Sargent, program manager with the department’s wildlife conservation section, said nest success is down about 30% this year.

Video: Bald eagle on frozen Sebago Lake gets a fish from a human

On April 8, a bald eagle in Bay View, Wisconsin, was found unable to fly. Wildlife rehabilitators with the Wisconsin Humane Society collected and cared for the bird in Milwaukee. It was euthanized the next day after its condition deteriorated.

Initial test results on the eagle released Friday showed it was “presumed positive” for the virus.

Here are where bald eagles testing positive for the bird flu virus have died, and how many died in each state, according to USDA data as of Thursday:

What’s everyone talking about? Sign up for our trending newsletter to get the latest news of the day

Tens of millions of domestic and wild birds have died or were euthanized as a result of the disease, which is especially deadly to domestic poultry. It has been detected in 32 states as of Saturday, most recently Utah and Idaho.

The bird flu is considered a low risk to humans, but Americans are feeling the effects. The outbreak is expected to raise the cost of poultry products and eggs this year. Shoppers can expect to pay 6% to 7% more for poultry products and 2.5% to 3.5% for eggs at the grocery store.