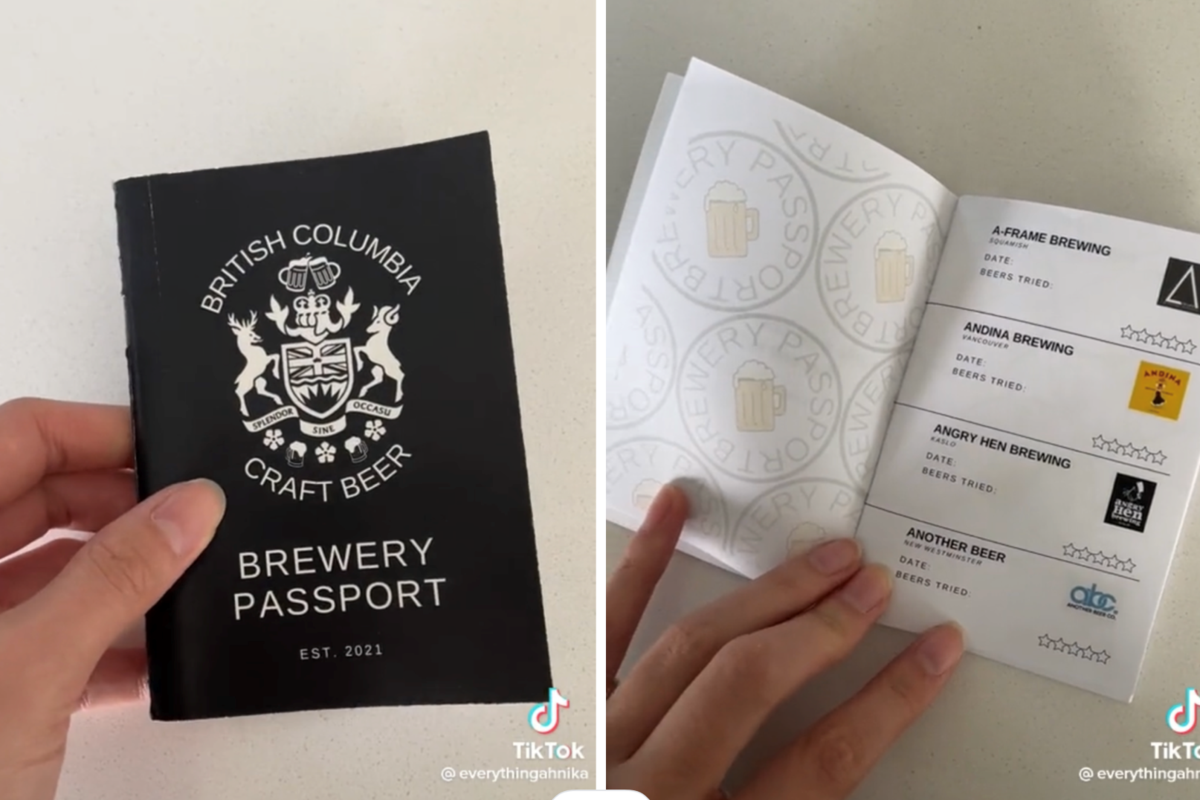 She updated her list since to now have 256 breweries.

Beer lovers will want to see this.

A BC woman surprised her brewery-loving boyfriend with the sweetest birthday gift: a custom passport with all the breweries in the province.

Ahnika Genge, who runs a blog called Everything Ahnika, shared a video on TikTok showing how she made the passport. The result was nearly 100 pages long and listed around 180 BC breweries.

“I first started by scouring the internet for already existing lists of breweries and scouring Google to cross reference,” she says in the video, noting that compiling the list took the most amount of time.

For the cover, Genge placed the BC coat of arms and “stuck in some little bears where I could.” Inside the passport is a contact page, quote, and all of the breweries listed in alphabetical order with each one having the brewery logo, name, location, date visited, and a rating out of five stars.

The video went viral on TikTok and in an update the blogger shared plans of selling BC brewery passports in the near future. She also shared that after updating it, her list of her now has 256 breweries.

But putting together an official BC brewery passport will take some time, according to the blogger.

“I do have to reach out to each brewery individually and get written consent to include them in this book, or at least include their company name and their logo,” the blogger says, adding that she’s around halfway through her list. “I’ve gotten a lot of yeses and zero no’s.”

Genge also has to make a new coat of arms for the cover “because I can’t legally use the BC one.”

“I do realize that the BC Ale Trail has something pretty similar online,” she notes. “I actually do use [it] with my boyfriend when we got to breweries, but I think it’s really cute to have a little booklet that documents everywhere you’ve been physically and something you can hold on to and keep as a memory.”