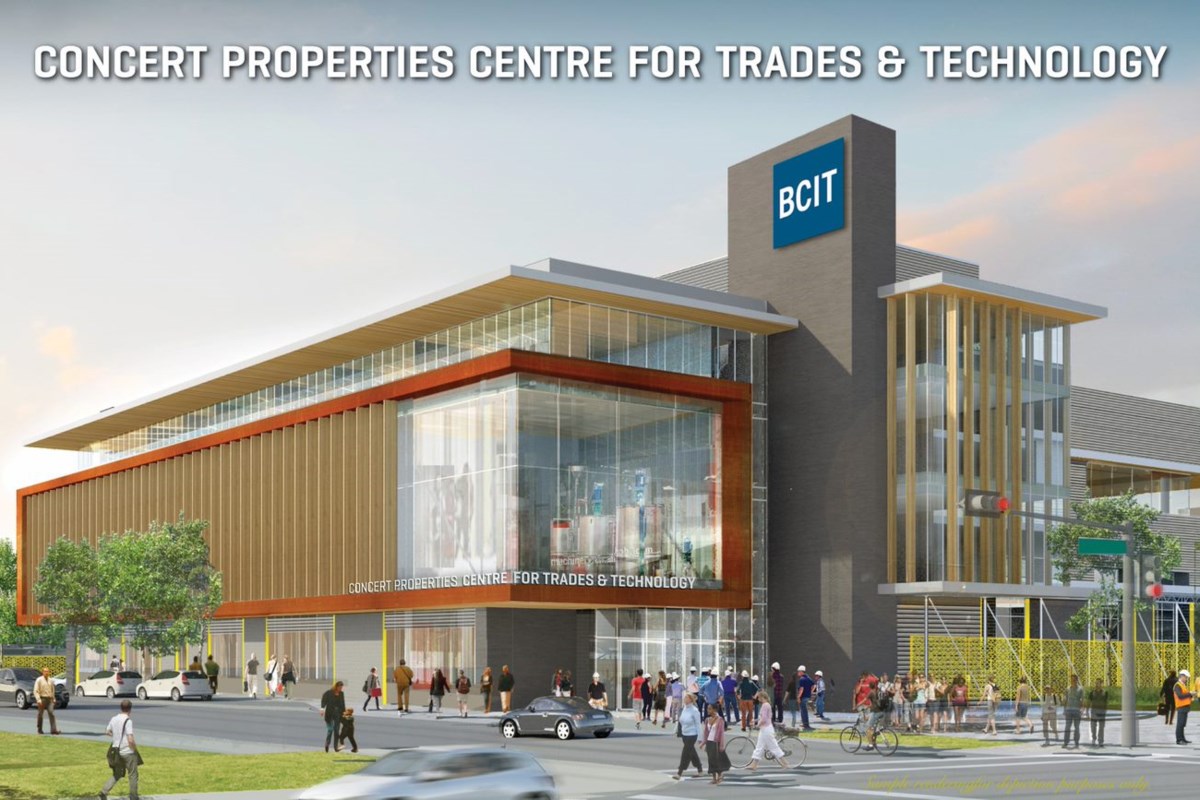 The anchor building for BCIT’s trades complex will be called the Concert Properties Center for Trades and Technology after a $7.5 million donation from the real estate company.

A building coming to BCIT’s Burnaby campus now has a new name: the Concert Properties Center for Trades and Technology.

The center will be a new learning space for skilled trades and engineering students, anchoring the multi-building Trades and Technology Complex currently under development at BCIT. The complex features a covered works yard, simulation-based learning areas, makerspaces, and power, welding and construction areas.

The Concert Properties building will have capacity for an additional 700 students.

The province also contributed $137 million for the technology and trades facility.

“We’re extremely humbled and honored to see our longstanding commitment to trades training programs and BCIT recognized in this way,” said Concert co-founder and CEO, David Podmore, in a statement.

“This center and these programs are key to equipping diverse, hardworking Canadians with the skills to secure well-paying jobs in construction, and we remain committed to working with our industry partners to find practical solutions to challenges that affect us all.”

Podmore has led BCIT’s Inspire campaign since 2018, helping to bring in over $100 million for the Trades and Technology Center and BCIT.

Paul McCullough, interim president of BCIT, said the new center would set a new standard for applied education and research.

“The Concert Properties Center for Trades and Technology will help meet the demand for an estimated 85,000 new trades jobs expected over the next 10 years in BC,” he said in a news release.

Concert Properties is a Vancouver-based real estate and development company co-founded by Podmore in 1989.