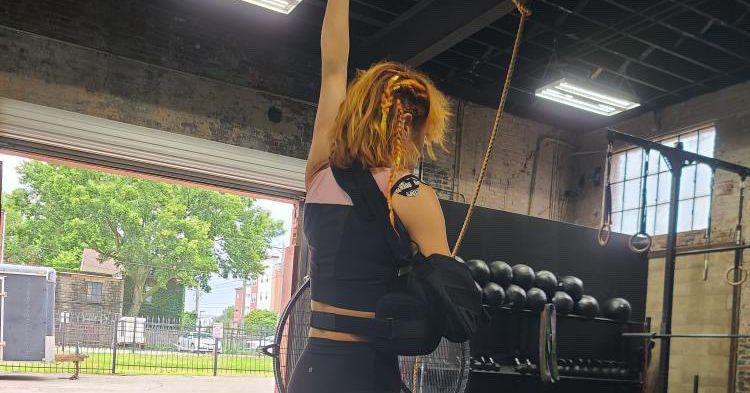 Becky Lynch separated her shoulder at summer slamand WWE says she’ll miss “several months” as a result of the injury.

She also turned face at summer slamthough, so that means we can get updates on her recovery without getting snarled at in the process.

The Man was on Instagram Live Tuesday (Aug. 16) chatting with Dwayne “The Rock” Johnson and Brian Gewirtz recently as part of the promotional campaign for Gewirtz’s new book about his time writing for WWE: There’s Just One Problem…: True Tales from the Former, One-Time, 7th Most Powerful Person in WWE. Becky (like many others have) heaped praise on the writer’s latest effort by her, and gave an update on her own book by her in the process:

“I’m still writing mine, and I’m really happy that when mine comes out, at least it won’t be in direct competition with yours, cause it’s so well-written and hilarious… Hopefully [she’ll be done writing hers] in the next couple of months. Now that I got a bad wing, I got a little bit more time to dedicate to it.”

Rock then asked how her injury’s coming along, and Lynch replied:

“Oh good, yeah yeah yeah. I feel like I’ve gotten a bunch more mobility in it. Cause when it happened, it was so painful that I was like, ‘Oh no, I’m gonna be out for a long, long time.’ But now it’s healing up real quick, I’m feeling strong, I’m feeling good. So I’m hoping it won’t be much time at all.”

That’s what we like to hear! Bayley better watch her back than her, and somebody better send this Becky Lynch superfan some pre-order info, stat.