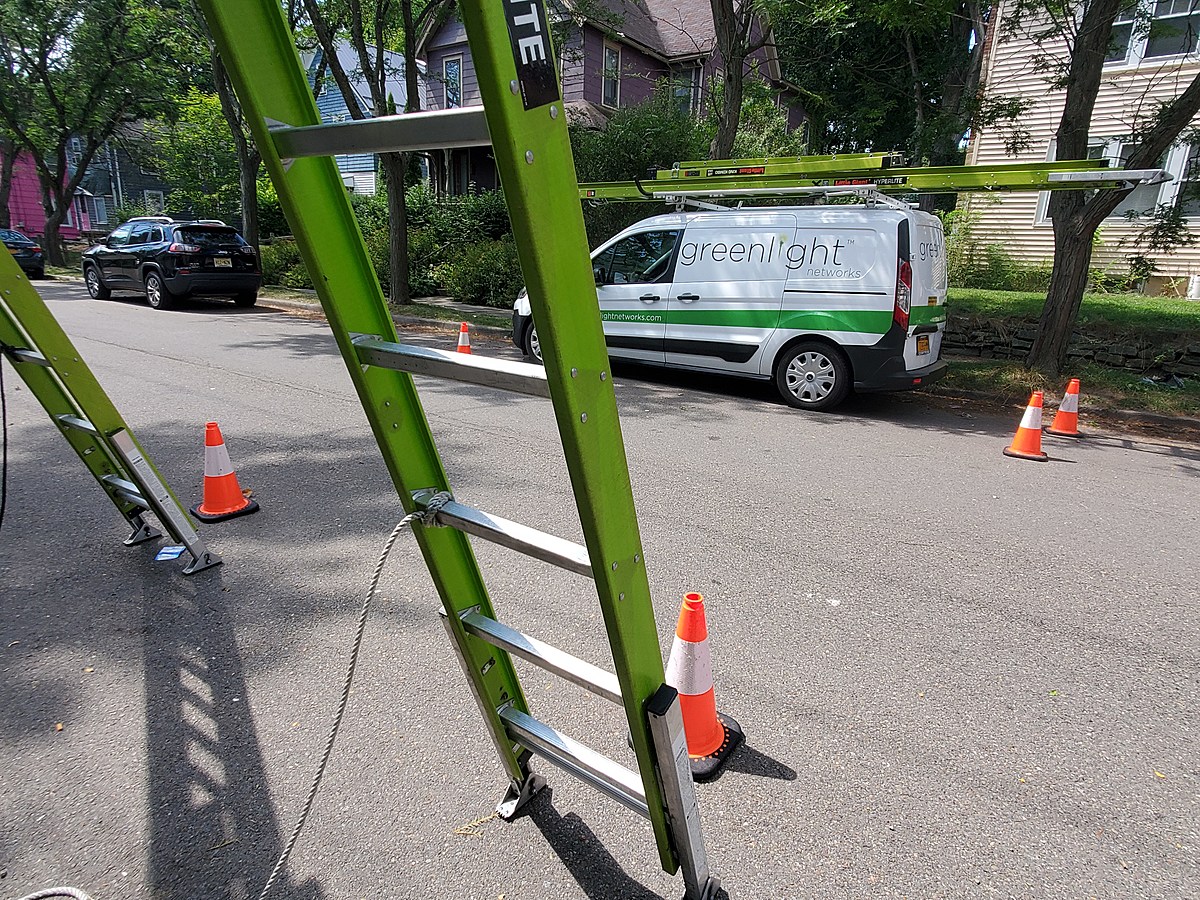 A company founded by a Seton Catholic Central High School graduate is working to expand its broadband internet service in the Binghamton area.

Mark Murphy, who was born and raised in the city, founded Greenlight Networks more than a decade ago.

In recent months, Greenlight crews have been installing high-speed fiber optics as the company expands its footprint.

Murphy said Greenlight representatives have had a presence at local events to make residents aware of the service.

In an interview with WNBF News, Murphy said the company was founded in 2011. Over the last few years, Greenlight Networks has grown to serve the Rochester and Buffalo regions.

Greenlight acquired Binghamton-based Plexicomm in June 2021, giving the company a presence in the Southern Tier. Greenlight also is rolling out high-speed broadband service in Clifton Park in the Albany area.

Murphy said the company has grown significantly. He said Greenlight now has about 200 employees.

At this point, broadband service from Greenlight Networks is available in parts of Binghamton, Johnson City and Vestal. Additional expansion is planned for Endwell and other sections of the town of Union.

Murphy said the company will continue adding coverage to the region over the next several years.

Information about Greenlight Networks service can be found at greenlightnetworks.com.

LOOK: Here are the best lake towns to live in

Many of the included towns jump out at the casual observer as popular summer-rental spots–the Ozarks’ Branson, Missouri, or Arizona’s Lake Havasu–it might surprise you to dive deeper into some quality-of-life offerings beyond the beach and vacation homes. You’ll likely pick up some knowledge from a wide range of Americana: one of the last remaining 1950s-style drive-ins in the Midwest; a Florida town that started as a Civil War veteran retirement area; an island boasting some of the country’s top public schools and wealth-earners right in the middle of a lake between Seattle and Bellevue; and even a California town containing much more than Johnny Cash’s prison blues.

50 Famous Brands That No Longer Exist

CHECK IT OUT: How To Unlock Your iPhone With Your Voice