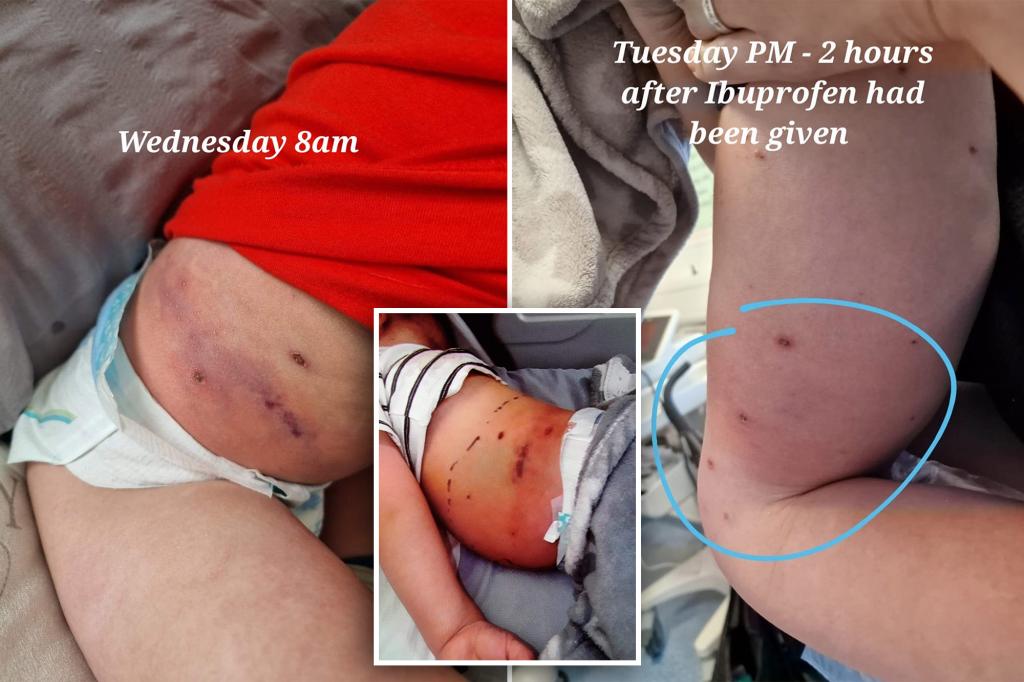 A mother has posted shocking images of her son Tommy to social media as a warning: never give your child ibuprofen to relieve chicken pox symptoms.

British mum Verity did, and the consequences were grossly and almost deadly.

She said she took Tommy to the hospital when his temperature spiked and couldn’t keep down food or fluids. “A male nurse told me to help with the temperature he could have ibuprofen and calpol together,” she told her Facebook followers of her.

“I questioned this and he told me it was an ‘old wives tale’ and you shouldn’t believe everything you see on Google. He also said ‘in all his time working in a hospital he’s never seen ibuprofen react to chicken pox.’”

“A few hours went by whilst we waited for the doctors to give us a 24-hour pass and I noticed a mark on Tommy’s belly,” she said. “I showed the nurse and he told me it was nothing, and could just be another chicken pox forming. We left the hospital and returned home.”

Verity said by 6 am the following morning, Tommy had developed “what could only be described as a bruise on his belly, but by 8 am this bruise was turning black.”

She said: “I called my doctor who saw us right away. He confirmed he was infected and drew around the marks to see if it spread. He did it, and by 4 pm his entire belly was swollen, black and blue. ”

He was then given an intense course of antibiotics and fluids, and doctors told Verity that Tommy should never have been given the ibuprofen. “If he would have had one more dose, it could have been fatal,” she warned.

CPR Kids shared Verity’s post, and said that while such a reaction is rare, it’s not to be taken lightly, and can result in a necrotising soft tissue infection like Tommy’s. The organization calls it “a serious, life-threatening condition that requires immediate treatment to keep it from destroying skin, muscle, and other soft tissues.

“These infections can progress rapidly if they are not aggressively treated,” CPR Kids wrote.

Signs and symptoms of chickenpox

Children showing spots should stay home until spots crust over, and be vigilant with washing hands, while staying away from other people especially pregnant women, babies, the elderly and very sick people.