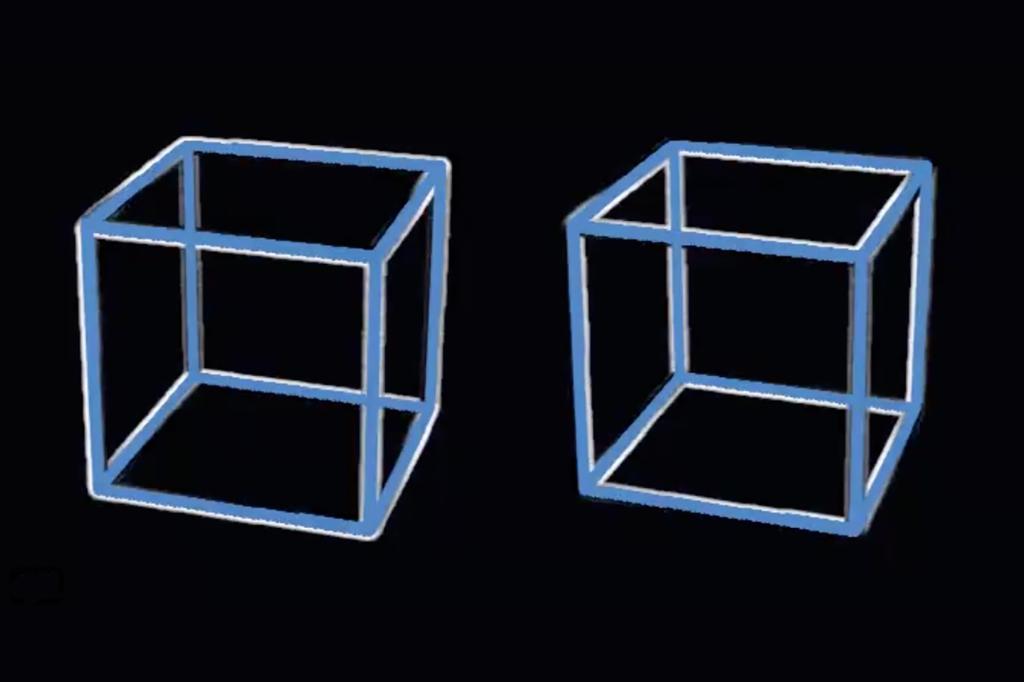 To solve this illusion would be a cubic “feat.”

Puzzle lovers are frazzling their noodles over this physics-defying optical illusion, in which stationery cubes appear to be spinning. The trick first went viral on Twitter in 2020 — where upon it notably caught the eye of Tesla boss Elon Musk — the square-o-dynamic image is currently gaining traction amid the internet’s current optical illusion craze.

The visual jigsaw shows two cubes sitting in place; however, when the viewer clicks on the shapes, the screen flashes black and they appear to rotate like disco cubes. But here’s the catch: the boxes were actually static the whole time.

The illusion is reportedly caused by a perception principle called the phi phenomenon, an “illusion of movement” created when a pair of stationary objects are placed side by side and illuminated rapidly, per the Encyclopedia Britannica.

Unfortunately, the exact mechanism behind this optical parlor trick is yet unclear, writes the New World Encyclopedia. But most scientists believe it’s a physiological phenomenon rooted in the ways the brain and optic nerves communicate.

Nevertheless, the illusion has caused a stir on social media — and not just among the hoi polloi: Even SpaceX’s Elon Musk was impressed with the corneal confuser, notably replying “Wow” to a tweet detailing the illusion in 2020.

There have also been numerous variations on the moving cube trick, including one posted in May by a Japanese illusion fan who goes by Jagarikin on social media. In it, the illusion of movement is created by the fact that they’re situated on a pinwheeling black-and-white circle.

In the realm of illusory motion, few images compare to this purple-and-yellow pattern shared last month, which looks as though it’s both three-dimensional and moving, but is, in fact, stationary and flat.

Not content with merely feeling like you have the spins? Take a gander at this trippy image, which reportedly fools the viewer into thinking that they have gone colorblind.