Check the painting below and find out the shadow of the globe held by the child in the picture.

Robert Gonsalves: This artist is Canadian and has been into optical illusion paintings since the age of 12. He has a lot of experience with the technique and perspective of these kinds of imaginative paintings. His art by him speaks for itself. He is inspired by Salvador Dali and Rene Magritte.

Optical Illusion: Can you spot five lemons within 21 seconds?

Optical Illusion Painting: What Do You see?

Robert has painted a girl on a moonlit night holding the globe in one hand and a torch in the other. Wonder if she was trying to contact some angels on the moon through the torchlight signals or she was a science geek who was trying to understand the concept of shadow. However, the artist has left it to the imagination of the observers.

Take a look at the painting below and tell us what you think about it.

Also, try to find out the shadow of the earth’s globe in the picture and tell us the time it took to find it through the comment box.

Optical Illusion: Chess Board Or Castles? What You See First In This Painting Reveals Your Key Habits

Optical illusion Painting: Where is the shadow?

Take a look at the picture below to see the shadow for yourself. 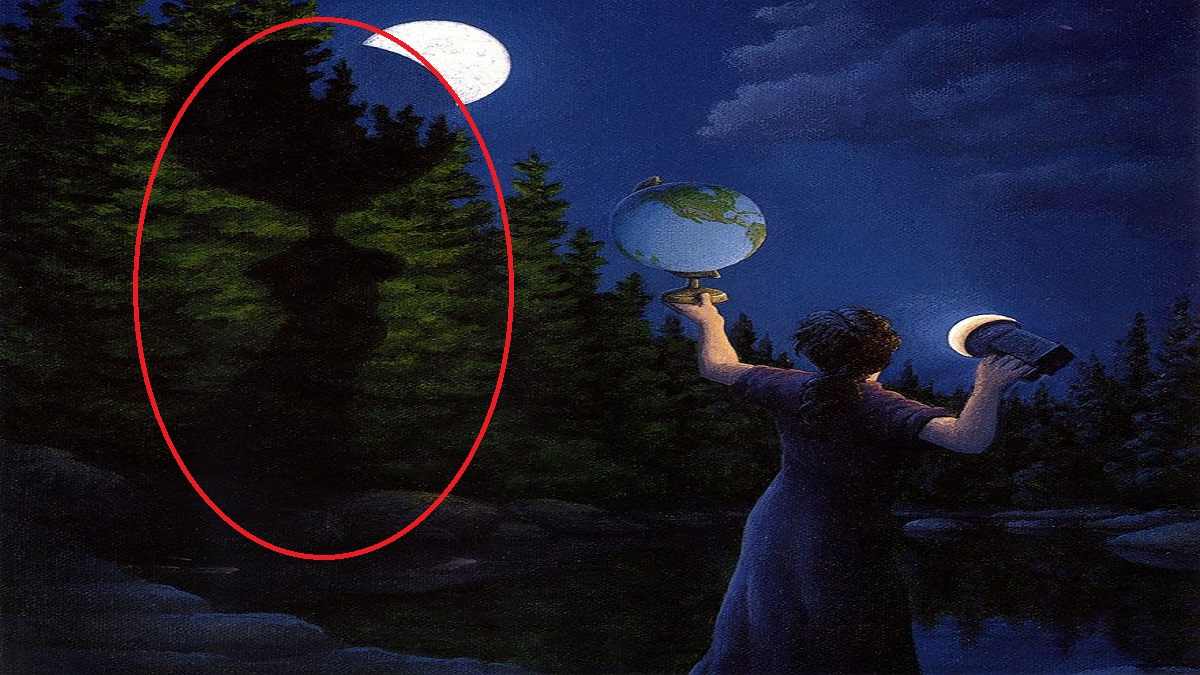 Optical Illusion plays with your brain and the eyes, making you believe what is actually not there. In the above picture since we have seen the moon, shaped like this so many times, we fail to realize it is a shadow of something blocking its view.

Check the following Optical Illusions that might interest you: