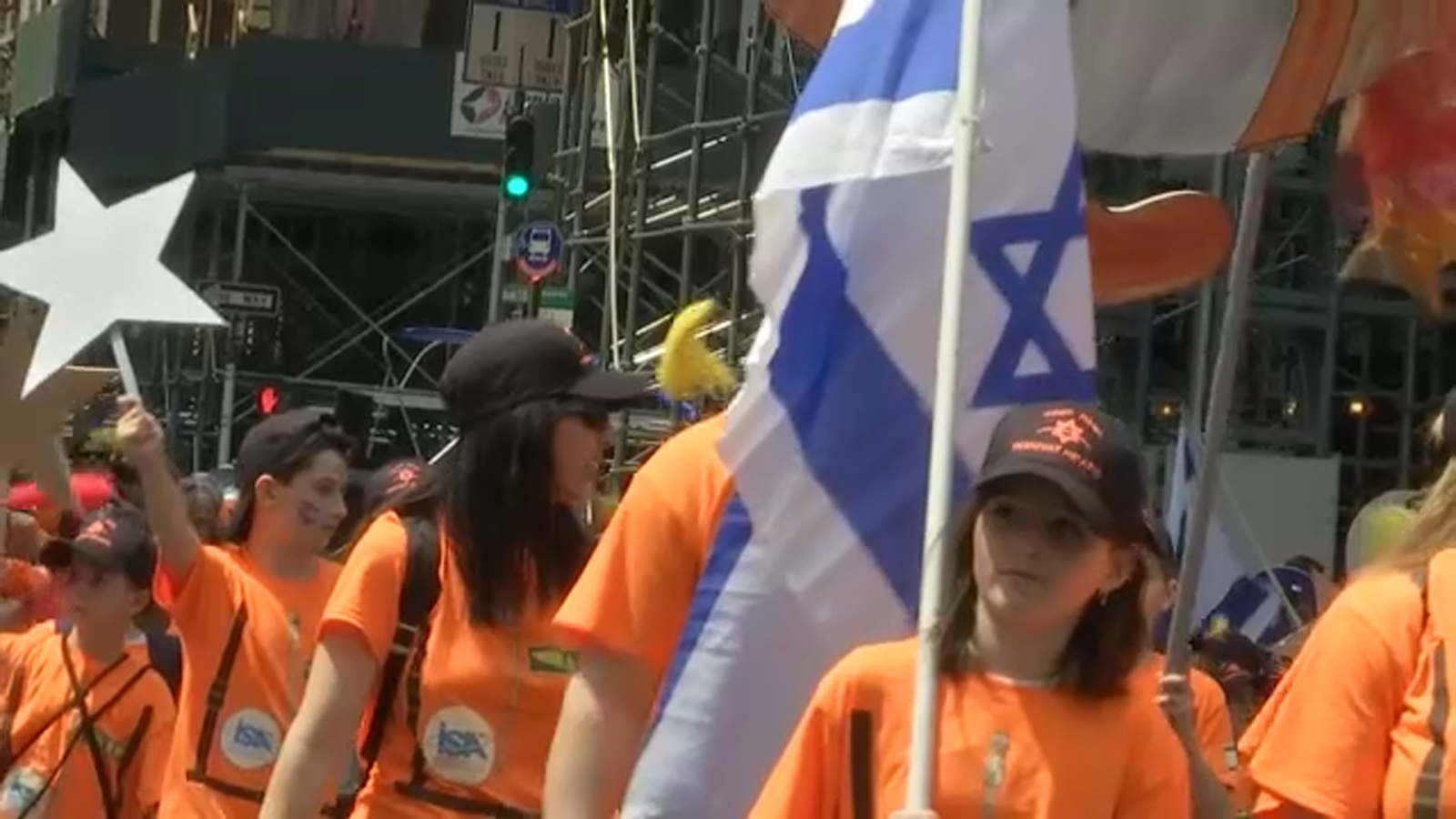 MIDTOWN, Manhattan (WABC) — There will be heightened security in New York City with tens of thousands of people expected to gather for the Celebrate Israel Parade Sunday afternoon.

The parade is set to march up Fifth Avenue via 57th Street to 74th Street starting at 11:30 am

The NYPD has expressed security concerns in the wake of recent terror incidents in Israel and last weekend’s mass shooting in Buffalo.

“These incidents of terrorist activity abroad may inspire homegrown violent extremists to conduct similar operations against Jewish people and Israeli interests in the US,” the NYPD said in a bulletin obtained by ABC News. “Further, as demonstrated by prior arrests at demonstrations in New York City, tensions abroad may lead to an increase in unauthorized, disruptive mass gatherings, and spontaneous clashes surrounding the parade.”

However, the NYPD said there has been no reports of any specific or credible threats directly related to this year’s parade.

Celebrate Israel is one of the world’s largest expressions of Jewish pride in the world.

The parade is expected to draw more than 40,000 marchers. It will include dozens of floats, marching bands and exciting Jewish and Israeli musical performers.

New York Governor Kathy Hochul and the New York City Mayor Eric Adams are both expected to be in attendance.