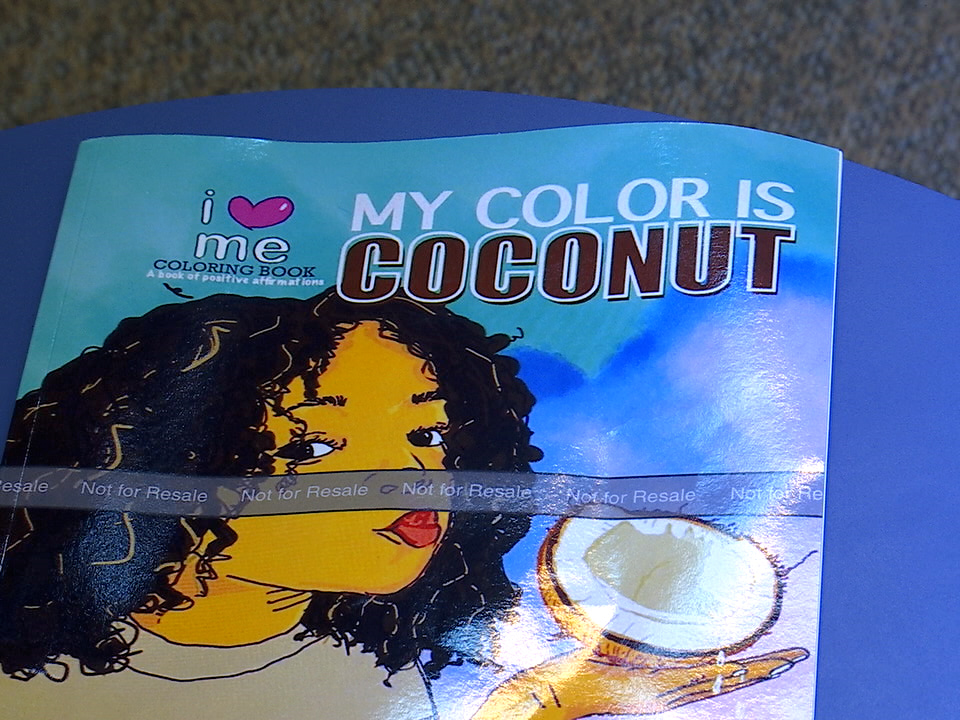 “Having a source of hope something to inspire you to just be greater, to do better, try harder. It just came to me and even with their loss it’s beyond them,” she said.

Calloway recently unveiled the coloring book, filled with pages of beautiful memories of the fire victims, focusing on the stories of three children who died.

The book, “My Color is Coconut,” brings to life the true story of Aniyah, Julian and Ariabella Seaborne. Calloway said it also highlights the lives of biracial and blended families.

“They’re watching over their mom and dad and I hope they remember that. I think that’s why they were perfect. They were handpicked to go to heaven as babies,” Calloway said.

The book tells the story of a little girl who believes she’s a princess. The book is told from Aniyah’s perspective of her. Calloway added a memory she has of Aniyah saying her skin tone de ella is coconut because it’s not a specific complexion.

“She’s a coconut and she talks about that and all the little adventures her and her brother had together. Like eating Oreos for breakfast, I thought that she was super cute that’s why it’s part of the story,” Calloway said.

On April 16, 2021, Chesterfield County Fire and EMS crews responded to a house fire on Glass Road. Multiple people were trapped inside and others were rescued out of second-story windows. Neighbors told 8News they witnessed some of the firefighters’ desperate race to save them that day.

Local woman, mechanic warn of gas theft as pain at the pump continues

“I saw them carrying one of the children out of the front door and laying them in the front yard and giving them CPR and that just…that was really hard to take,” Claudia Kepner said.

Four children, including Aniyah, Julian and Ariabella Seaborne, and two adults died in the fire.

As pain pushes Calloway forward, she’s helping the family turn the page on this tragic loss.

“I’m a mom. My baby graduates tomorrow and I cannot imagine having them with me,” she said.

Calloway said the books are available on Amazon. She eventually wants to offer the books through her nonprofit organization which offers grief counseling to families. Her goal is to sell 150,000 copies as some of the proceeds will benefit the Seaborne Family Memorial Fund.