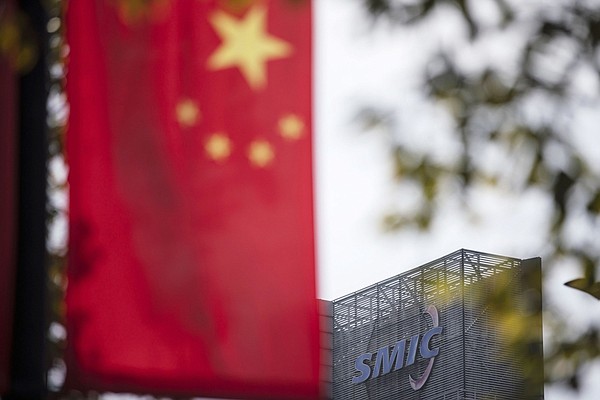 China’s biggest chipmaker and a major iPhone supplier cut their outlooks for the second quarter, joining a growing list of manufacturers warning about the fallout from lockdowns aimed at containing the country’s worst Covid outbreak in two years.

Semiconductor Manufacturing International Co. estimates a monthlong lockdown in Shanghai could spur component shortages and logistics tangles and erase roughly 5% of its output in the second quarter. And Pegatron Corp. slashed its outlook for notebook shipments to a decline of between 5% and 10% from the first three months — versus previous guidance for a rise of 25% to 30%.

“We are trying our best to mitigate the impact on product delivery,” SMIC Chairman Gao Yonggang told analysts on a call Friday morning. “We are still assessing the current impact as many suppliers restart their operation.”

China’s Covid Zero strategy, which relies on a playbook of closed borders, quarantines, lockdowns and mass testing, is upending its giant manufacturing sector even as the rest of the world lives with covid and opens up. The impact has been particularly keen in the eastern region around Shanghai, which is struggling to contain an outbreak. Hua Hong Semiconductor Ltd., another Shanghai-based chipmaker, also warned of potential impact from lockdowns and logistic disruptions on Thursday.

Some have bucked the trend. Hon Hai Precision Industry Co., whose main iPhone production base is further inland in Zhengzhou, expects revenue to remain little changed this quarter. Like many companies, it has managed to keep its plants humming by employing closed-loop production sites.

SMIC jumped as much as 3.1% in Hong Kong on Friday after reporting profit more than doubled in the first three months, thanks to consistently strong demand for the chips used in everything from connected devices to electric vehicles.

But the pain for manufacturers could deepen if lockdowns persist, or if global macroeconomic uncertainty undermines demand for electronics.

While factories have been given special allowances to reopen under strict guidelines and systems, snarls in the supply chain — from a shortage of delivery drivers to a lack of materials — continue to disrupt local operators and global giants including Tesla and Sony. Apple predicted that supply constraints in China would cost $4 billion to $8 billion in revenue during the current quarter.

And despite a decline in virus cases, the lockdown is intensifying as officials chase the elusive goal of wiping out covid in the community.

The local government in Shanghai said it plans to achieve “no community spread” of the virus by mid-May, a crucial milestone that has eluded the city despite strict lockdown measures that have now stretched to nearly six weeks. The city of 25 million added over 2,000 cases and two deaths for Thursday.

The covid pandemic in China as well as war in Ukraine could also shave about 200 million units off global smartphone shipments this year, SMIC Co-Chief Executive Officer Zhao Haijun said on the same call.

“The majority of the amount will be shouldered by Chinese smartphone vendors,” he said.