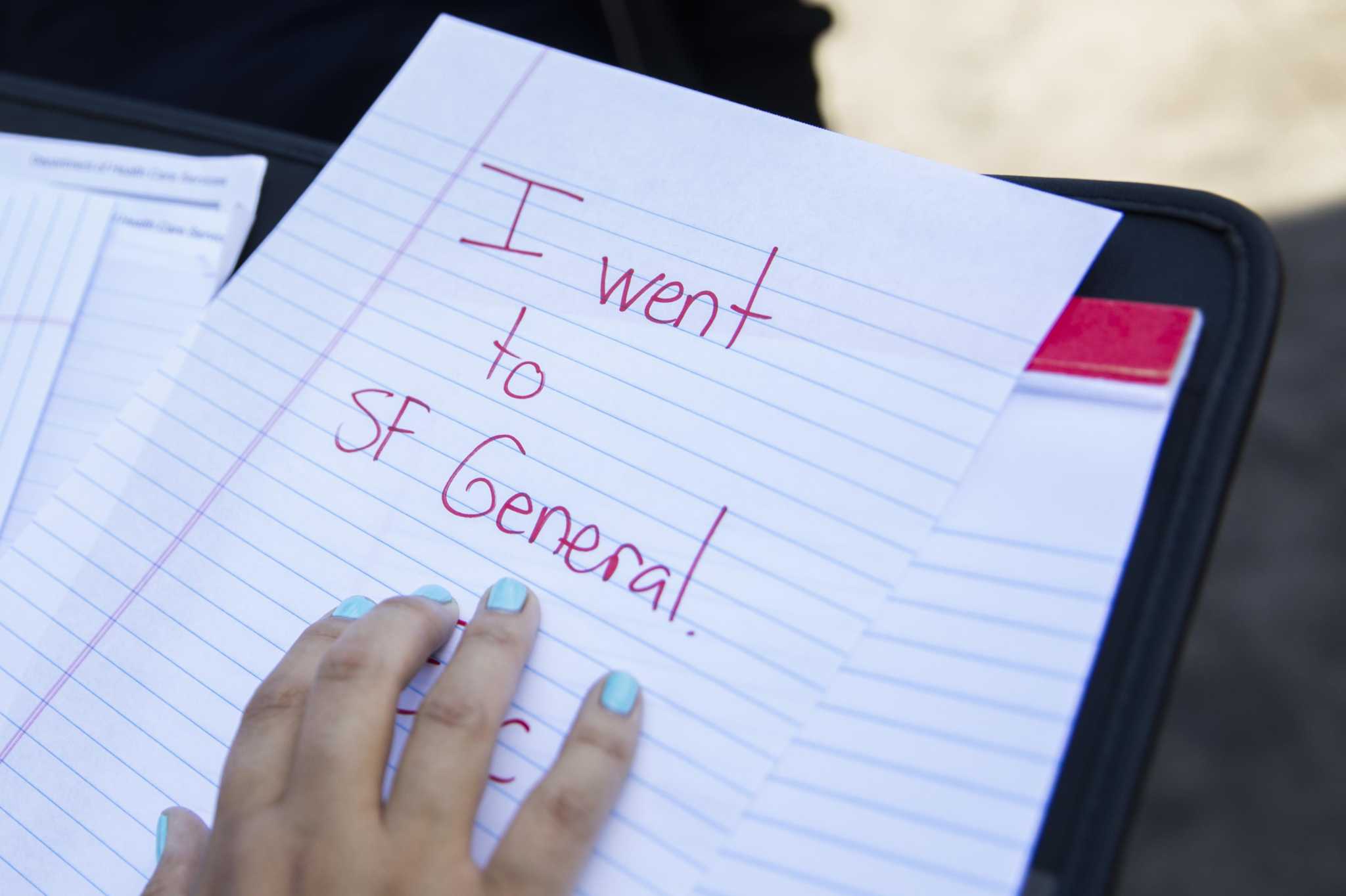 Far too many people struggling with severe mental illness and addiction continue to cycle through San Francisco’s overburdened emergency rooms, failing to get long-term help, according to city officials.

Frustrated city health care workers and public hospital leaders shed light on the crisis — which comes despite a slew of new programs and massive behavior health funding — during a public hearing Thursday.

In one example, five individuals alone over the past five years had at least 1,781 ambulance transports costing upwards of $4 million, said April Sloan, who oversees teams of paramedics for the fire department who respond to people in crisis. The five struggled with alcohol use disorder, possibly self-medicating due to an undiagnosed mental illness, she said.

Two are now dead. Two are in a shelter program where they receive alcohol as medication. The city attempted to put one of them in conservatorship – mandated treatment – but had to drop it when officials couldn’t find a placement, Sloan said. The fifth is in a locked psychiatric facility.

In the city’s disjointed system, nonprofits, police, paramedics and public and private hospitals respond to the crisis. But at the system’s center is the Department of Public Health, which is responsible for behavioral health treatment and runs the city’s only psychiatric emergency services department at San Francisco General Hospital. The city’s behavioral health budget for this fiscal year is $597 million.

Supervisor Rafael Mandelman, who called the hearing, grilled health department officials about whether new programs are relieving the overburdened department – and voiced skepticism that programs would be effective without more dedicated resources for people in the most acute crises. Mandelman estimated there were between several dozen and two hundred people who were “frequent flyers” cycling through the ER.

“I’m concerned about psych emergency because we need a facility for people who need emergency psychiatric care, who we see far too frequently not getting that care on the streets,” said Mandelman, a frequent critic of the health department and city’s system. “I have deep concern about where the (health department) is going on behavioral health facilities – if it has a clear plan to solve problems.”

The city passed legislation three years ago to overhaul the system. The pandemic delayed implementation but the city recently started more new programs to reduce the revolving door.

Dr. Hillary Kunins, director of the city’s behavioral health care system, told Mandelman she shares his “sense of urgency” and highlighted the progress the city has made adding nearly 180 new treatment beds over the past two years.

“We are intending to solve the problem of people in crisis, giving them the best possible opportunity for excellent care and linkage to ongoing services to prevent the next crisis,” she said. “Part of that is diverting an unneeded (psych emergency) admission.”

At the last count in 2019, there were 4,000 people in San Francisco who struggled with homelessness, mental illness and substance use.

The city’s only psych emergency department capped its capacity at 19 beds at the start of the pandemic and still diverts all patients to its emergency room for COVID testing.

A third of patients are discharged directly from the emergency department, while two-thirds come back, though in 18% of cases from February to June 2022, PES didn’t have a room, officials said.

Before the pandemic, PES was on “condition red” – diverting all patients to the emergency department – up to 30% of the time because of capacity, said Dr. Mark Leary, who presented on behalf of the hospital.

Hospital officials said they have “some staffing challenges for some positions,” but were on their way to filling two nurse vacancies in psych emergencies.

Heather Bollinger, the SEIU Local 1021 union representative and a nurse in the emergency room, said issues have been pervasive for years. She reported that nurses have filled out more than 50 forms to report when they feel unsafe or overworked in the past four months.

“I don’t believe two RNs are sufficient to solve these types of working conditions,” Bollinger said.

Nurses and doctors complain that staffing leads to safety issues. Workplace violence incidents at the entire hospital have been on a steady rise from fiscal year 2018, when they were 76, up to 439 from June 2020 to July 2021, according to a health commission report. Emergency room Dr. Scott Tcheng, who spoke during public comment, said he doesn’t know anyone working there who hasn’t been punched, kicked or spat on.

The hospital agreed last year to reduce the number of sheriff’s deputies guarding the facility in response to protests from staff and advocates who decried policing of patients, but many emergency department workers have objected.

Meanwhile, connections to long-term care can be insufficient. Leary said there’s “still a small number of patients who return very frequently” to emergency departments, and most struggle with substance use disorder.

Leary said the city faces challenges in mandating treatment for those who refuse it. A new pilot program for people with severe substance use and mental illness was supposed to help up to 100 people, but only two people have been preserved under the program in two years.

Of the people discharged from psych emergency, 65% received outpatient referrals, which most of the time was simply a piece of paper with information. Officials said that it was likely not adequate to get meaningful help, but it was one step in what would likely be many interactions to get someone to accept help.

Health department officials said they are working on improving connections to treatment. Medications prescribed upon discharge have increased 120% over the past year. The hospital recently set up a new team to help coordinate care and has worked with nonprofits to reserve detox beds for discharged patients and streamline referrals to residential treatment.

To reduce the burden, the city has turned to a slew of alternative programs, including a psychiatric urgent care clinic, the Street Crisis Response Teams and a drug sobering center. The efficacy of these programs in relieving the burden on psych emergencies is either unclear or not yet known because they’re too new.

The city plans to open another option, a crisis diversion program with 16 beds, in late 2023, but who it will serve and how it will fit with the other programs is still being determined.

The health department has opened 179 new treatment beds since the beginning of 2021 and another 70 are expected to open by the end of the summer. That puts the department over halfway to its goal of 400 new placement beds. The city has also hired 411 behavioral health care workers since the start of the year, some of whom helped set up a new office to coordinate care.