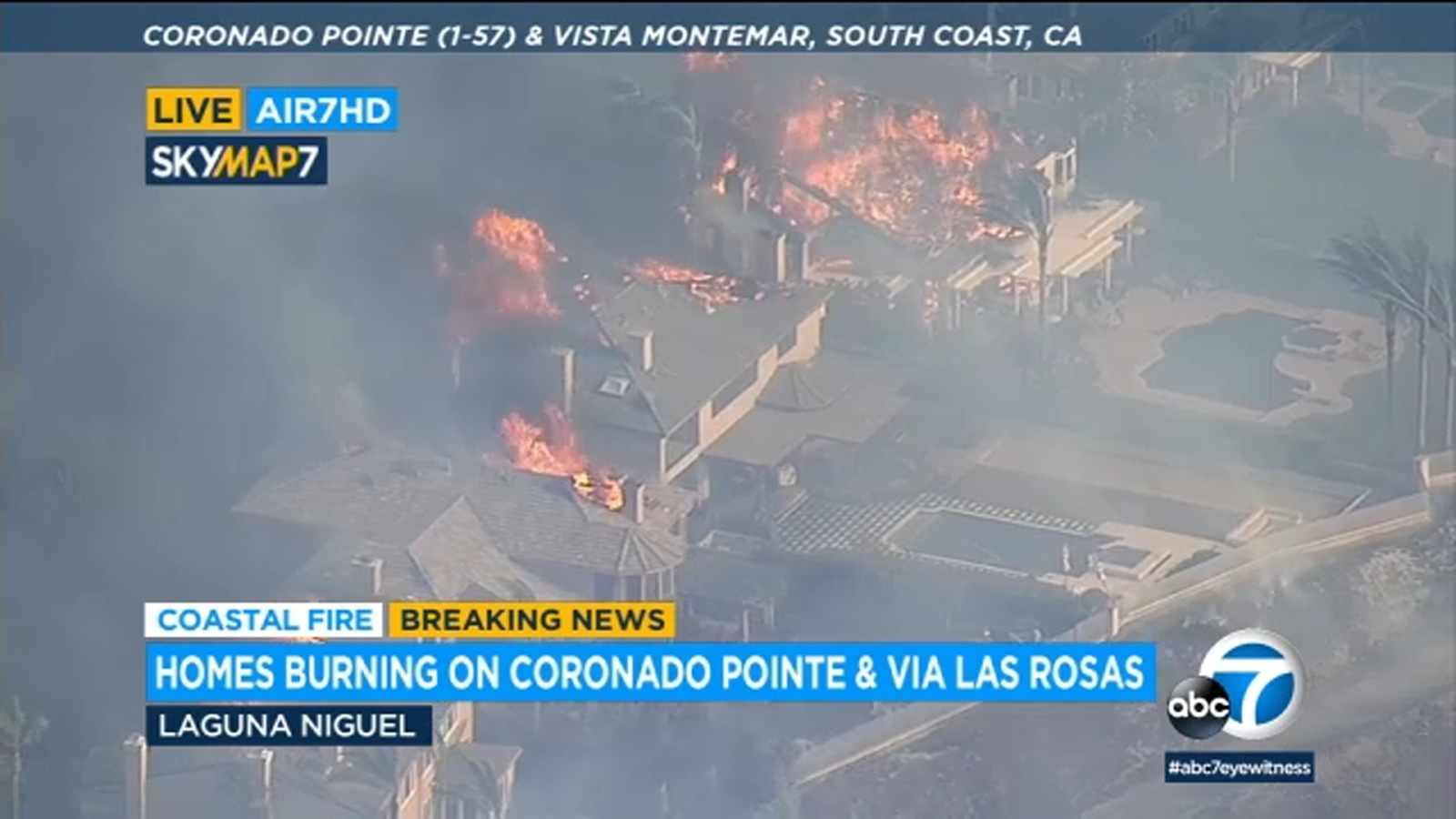 LAGUNA NIGUEL, Calif. (KABC) — More than a dozen homes overlooking the ocean in Laguna Niguel are now engulfed in flames as a fast-moving brush fire is spreading rapidly amid strong winds.

The fire broke out Wednesday afternoon between Laguna Niguel and Laguna Beach near a water treatment plant, according to the Orange County Fire Authority, and quickly erupted in size.

The fire exploded from about 30 acres around 5 pm to 200 an hour later, according to authorities. The strong winds are reportedly blowing embers into the attics of homes, making it harder for firefighters to get through.

Residents and their pets are asked to make preparations should an immediate evacuation order is issued.

AIR7 HD cameras captured at least 13 homes on fire in a community near Coronado Pointe.

There were no immediate reports of injuries.

Several water-dropping helicopters have been helping fight the flames, and crews in fixed-wing aircraft have also been assisting.

According to the city of Aliso Viejo, the Aliso and Wood Canyons Wilderness Park is shut down. Students participating in after-school activities at Laguna Beach High School were also evacuated, according to the school district.

An evacuation center has since been created for those seeking help. Residents in the area can visit the Crown Valley Community Center at 29751 Crown Valley Parkway for assistance. The Orange County Emergency Operations Center has also created a public information hotline to respond to questions from residents. You can reach them at 714-628-7085.

The evacuation areas and caring reception site for the #coastalfire is at 29751 Crown Valley Parkway.

This is a developing story. This article will continue to be updated as more information becomes available.