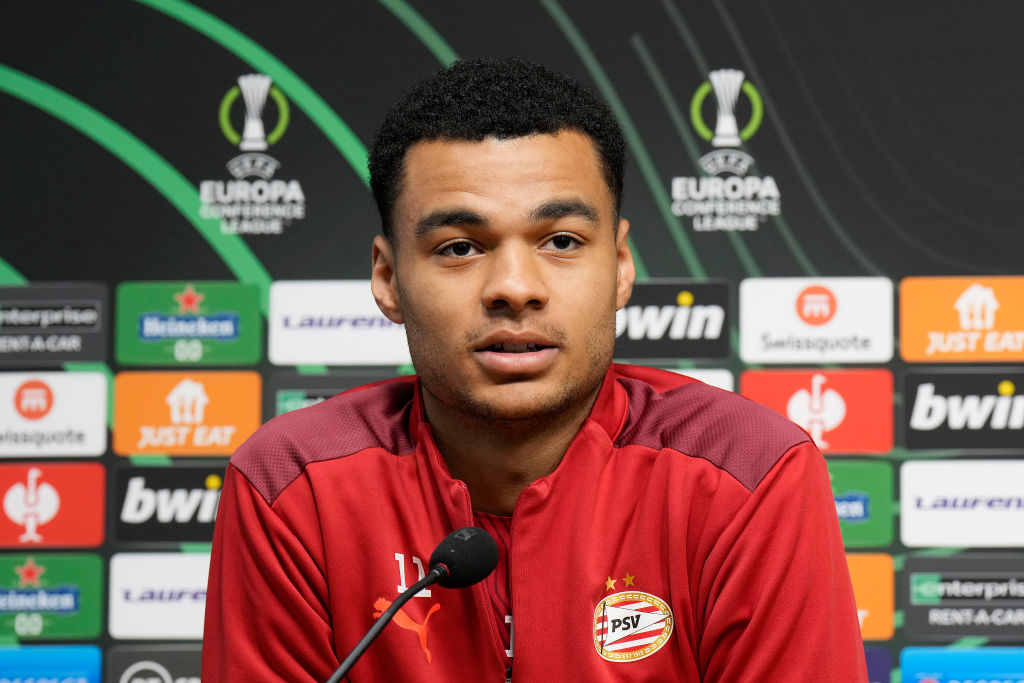 PSV Eindhoven forward Cody Gakpo says he is confident Antony’s imminent move to Manchester United will not impact his future.

Gakpo has also been strongly linked with United, with The Telegraph reporting a £34 million move is in the pipeline.

There has been some conjecture about whether Gakpo would be an alternative to Antony, or sign together, as suggested by De Telegraaf.

A report from The Independent last week suggested the deals are not dependent on each other, with Gakpo’s move reliant on Cristiano Ronaldo’s exit.

Gakpo spoke to Dutch ESPN, quoted by FC Update after PSV’s 6-1 win over Excelsior, in which he scored the fifth goal.

He said he is confident Antony’s move will have no bearing on him, commenting: “That’s nice for him, but that has no consequences for me.”

Regarding his own future, Gakpo admitted he could offer no guarantees he would stay at PSV before the deadline.

He said: “I think it will be hectic. There is interest, but I have always said that the whole picture has to be right. It is a bit of a puzzle and I have to see what is most correct.

“Staying at PSV is certainly not a punishment, I have I’ve said it before, but if something comes along, it’s also a chance for me to go.

“I cannot say whether I will still play at PSV next week.”

Gakpo would be unlikely to turn down a move to Manchester United, even though that’s exactly what former United assistant Rene Meulensteen thinks he should do.

The move will come down to whether United actually make a bid, dependent on how much money is left over after the Antony deal, and Ronaldo’s situation.