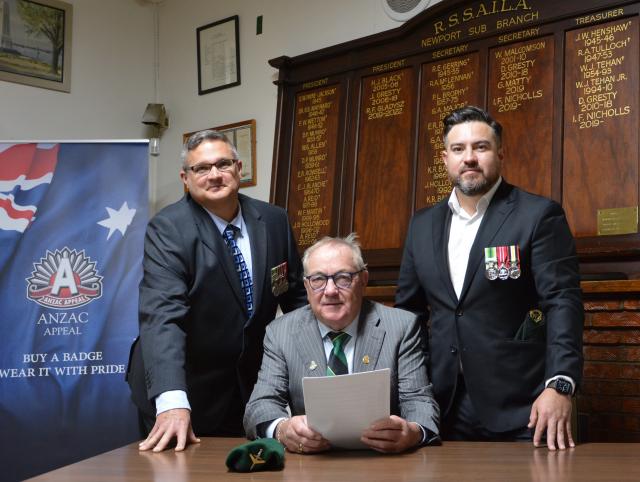 The Newport RSL Sub-Branch will be holding Anzac Day commemoration services in both Newport and Williamstown this year.

The RSL Sub-Branch has had it tough the last few years, closing down for a period of time in 2018 because of financial mismanagement.

RSL treasurer and past secretary Ian Nicholls was finally given the keys back to the venue in March 2019, and alongside other dedicated volunteers, has been working hard to get the place up and running again.

On April 25, the RSL will be running two services, beginning with a dawn service in Williamstown starting at 5:30am at the Williamstown Cenotaph, followed by a Gunfire Breakfast held inside the Hobson Bay Yacht Club.

Later, an afternoon Anzac Day commemoration service will be held at Newport at 1pm at Paine Reserve.

Mr Nicholls said April 25 gives people who may never usually ‘rub shoulders’ with those who have gone to war, the chance to actually say thank you for everything they have done for the country.

“These people signed up for it, when you sign up, the thing that you don’t see, the document you sign is also a check for your life. So there’s every potential chance that you’ll sign up and you won’t live, we have to be mindful of that as well,” he said.

“And it gives them positive reinforcement that the public are behind them, because they wouldn’t turn up otherwise.

“For me personally, and I suppose most people would say the same thing, it’s just a time to reflect on what’s happened over our history, and it’s certainly united a nation because of it.