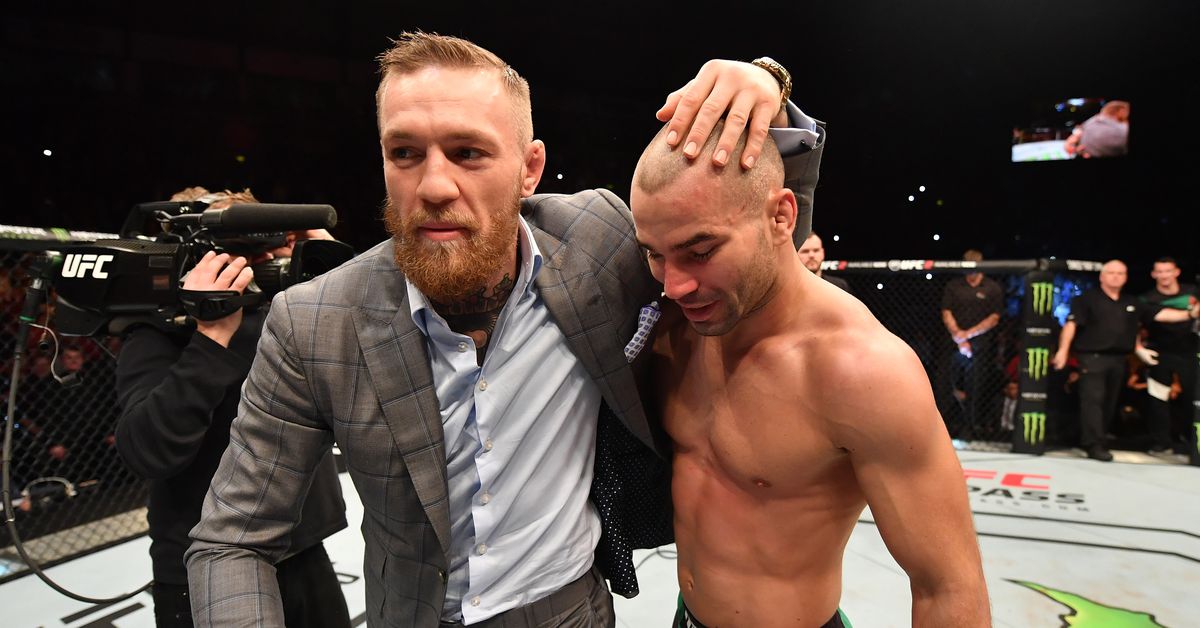 Former UFC two-division champion Conor McGregor was contemplating a jump into the vodka business in Iceland, based on the advice (and existing success) of European strongman Hafthor Julius Bjornsson. But that didn’t make much sense to “Notorious” teammate Artem Lobov, who suggested McGregor stick to his roots and pursue Irish whiskey, a topic he was all-too familiar with after his graduate studies.

In fact, “The Russian Hammer” plans to release a tell-all book that delves deeper into the creation of Proper 12 Whiskey, which McGregor eventually sold for $600 million.

“The selling point of my book will be the Proper 12 whiskey story. A few people know, but this was actually my idea. I was the person who came up with the idea to do a whiskey for Conor,” Lobov said in an interview with talkSPORT. “After the second Diaz fight, me and Conor were in the gym and we were talking one day and he says to me, ‘Artem, Thor, — ‘The Mountain’ out of Game of Thrones — I was chatting to him, and he’s me [the chance] to do my own vodka. He said he was doing one in Iceland and now he’s offering me the chance to do one as well. It looks like a pretty good deal what do you think about that?’”

The Russian-born Lobov was residing in Dublin and training with McGregor at SBG Ireland.

“I said to him before you even look any further, ‘here’s what I know about Irish whiskey.’ I told him about my presentation from college,” Lobov continued. “I told him about the dominance of Irish whiskey and all of that. He said, ‘you go off and see what deal you can put together’ and I went on my way. Lucky for me, when I was studying in college, I used to work in the bar at the Radisson Hotel and I had a friend who worked in the bar with me. He put me in touch with a man called Niall of Classic Drinks, a top drink distribution company in Ireland. Niall was kind enough to meet me, at the Radisson actually, and he was very generous with his information about him.

“Once I got that information, I went on and met all different whiskey distilleries,” Lobov said. “I called some and met some in person. I did my research and put a beautiful deal together. Once the deal was ready, I went to Conor and I said, ‘Conor, I have the deal ready for you. This is going to be a billion-dollar deal, not messing here.’ I’m not sure if he took me seriously or not at the time with the billion dollars. I introduced Audie [Attar] and the rest of the Paradigm [Sports Management] team to my deal and all the people I was already working with and then we got going. We continued working on it and as you can see it was a massive success. I’m really happy to see that and I’m really happy to be a part of it.”

Proper No. Twelve pays homage to our founder, Conor Mcgregor’s, hometown of Crumlin, Dublin 12 and their shared spirit of brotherhood, loyalty, and hard work.

Then from the Proper 12 “Our Story” page:

Our Founder, Conor McGregor, and his team searched for a place and people that shared the same passion for Ireland and its whiskey. He found this at the oldest whiskey distillery on the Isle of Ireland and with his master distiller created a unique and special blend.

Through much trial and error, they worked together to create a blend of sweet Irish grain and single malt Irish whiskey. The result, a smooth balanced whiskey with hints of vanilla, honey-like sweetness and toasted wood.

Lobov claims McGregor offered him one million dollars for getting “Notorious” on the Proper 12 path but he turned it down, since the former “champ champ” never took (or received) money from Lobov during their respective fight camps. “The Russian Hammer” also plans to disclose his financial stake in the company once his book is finished.

A release date has yet to be determined.