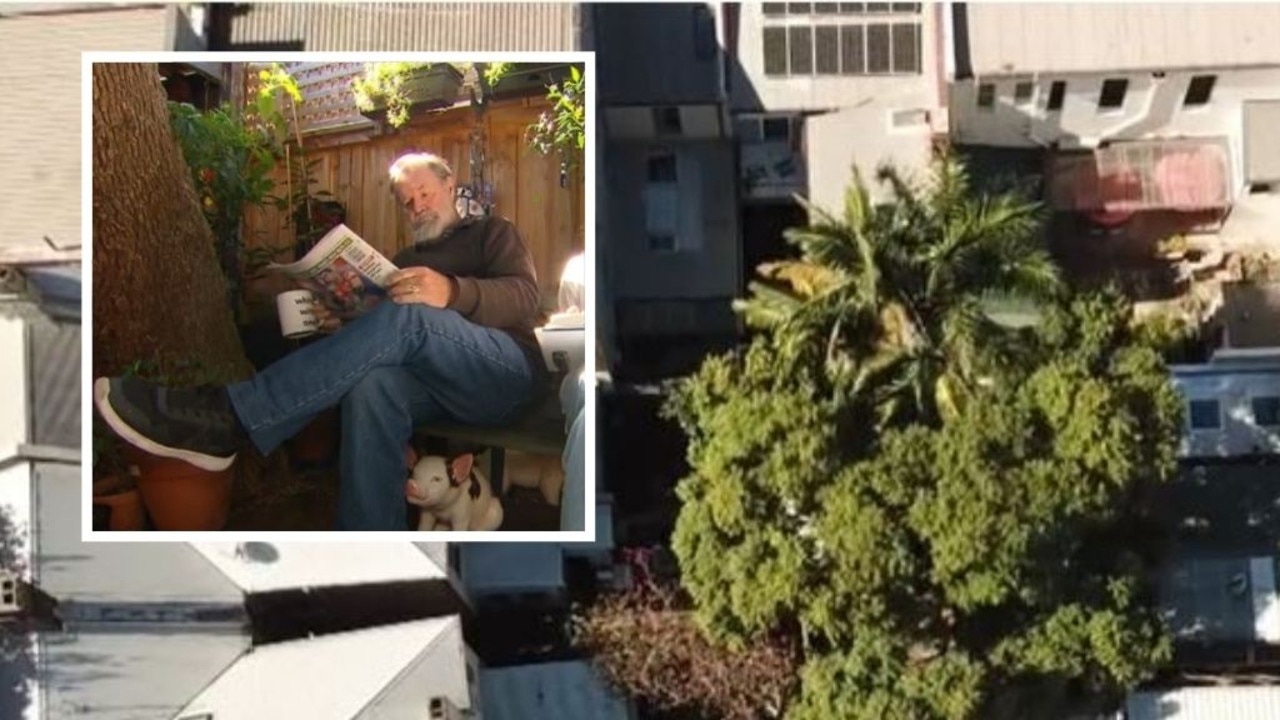 A Sydney couple live in fear their home could be crushed at any point by a Jacaranda tree so big it covers seven properties – but they aren’t allowed to cut it down.

An elderly couple in Sydney are living in constant fear their home could be crushed by a huge Jacaranda tree in their backyard, but the council refuses to remove it because of a “green policy”.

Ian and Roz, who live in the central Sydney suburb of Chippendale, have had their home completely swallowed by the tree – which has grown so large it also covers six neighboring properties.

“The tree has taken over our deck and we find it terribly difficult to get around our small deck with the enormous trunk of the Jacaranda leaning and taking up the entire space,” Ian told A Current Affair.

“It’s scary,” Roz said. “You can hear the branches creaking and moaning and you think: ‘Is one going to fall on the bedroom roof?’”

“At night we lay in bed fearing the tree will come down on us because when it’s windy it creaks and groans and drops branches everywhere,” she said.

The Jacaranda also leans at a 45 degree angle toward their house, which only adds to the couple’s fears the tree could topple over at any time.

When Ian and Roz first bought the home 15 years ago, the tree was a modest feature of the backyard. Now it has grown into an imposing giant that has broken the foundations of decking installed around it.

The pensioners said they have made three separate applications to Sydney City Council to remove the tree and “replace it with a native tree”, but were rejected each time.

“They’re not really interested, because there’s nothing actually wrong with the tree. It’s healthy,” Roz said.

“They (council) don’t commit to being safe, they just say it’s a green Sydney, and that’s the most important thing for them – that it’s healthy and it’s green.”

Council did say it would allow the couple to trim the tree’s branches – which stretch “way up high” and span over six neighboring properties. But the couple say it wouldn’t make a difference to their deck space.

“They (council) won’t take into account that the tree has taken over our home, drops branches on us and is damaging the foundations,” Roz said.

“It’s not fair given we would replace it with something modest.”