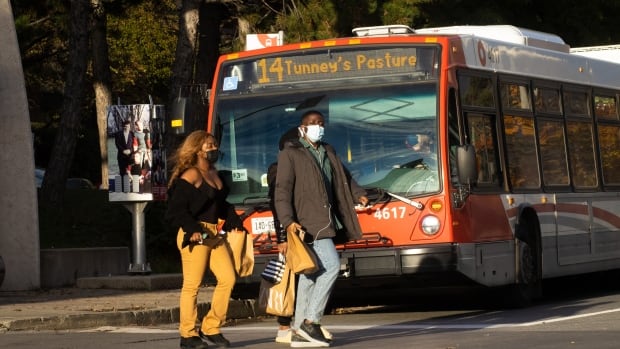 After OC Transpo canceled more than 300 trips last weekend, the drivers’ union says the transit agency’s lack of organization is partly to blame.

While the city has attributed the cancellations to staff shortages, the union said it won’t improve until OC Transpo addresses scheduling issues that interrupt routes.

“The way they put those schedules together is terrible and the public is feeling that as well,” said Clint Crabtree, president of Amalgamated Transit Union Local 279.

Starting in the spring, the Canada Labor Code began requiring all drivers to take 30-minute breaks for every five hours of work.

Crabtree said OC Transpo has not done a good job of organizing schedules around the new mandatory breaks.

“You have bus trip cancellations because the operator is mandated to have the break,” he told CBC Radio’s Ottawa Morning earlier this week.

Before the change, drivers would take short breaks where their routes turned around, he said.

“If it is planned properly, you won’t have people missing trips,” he said.

OC Transpo is also struggling with staffing shortages, and Crabtree warned “it’s going to get worse.”

Crabtree said this year “could be a disaster” based on the severity of the issues during reduced summer service.

Bus reliability is the number-one issue, according to Coun. Riley Brockington, a member of the city’s Transit Commission.

Brockington said it is not acceptable for trips to be canceled with little or no notice given to riders.

“If there have to be some reductions in service because there are some staff shortages, OC Transpo should be able to map that out over a number of weeks and make decisions in advance so that people can plan accordingly,” Brockington said.

The majority of would-be riders will be forced to find other modes of transportation unless OC Transpo can improve reliability, he said.

“If you do not have reliable bus service … then you will never win back customers,” Brockington said. “You’ll never win back the confidence of the people of Ottawa, which is lacking at this time.”

Troy Charter, the city’s director of transit operations, said OC Transpo is doing the best it can to hire enough staff to cover gaps in service.

The vigorous selection process and training operators must endure is part of the reason OC Transpo is short 300 staff.

As for last-minute trip cancellations, Charter said the organization is looking for ways to improve how to notify riders.