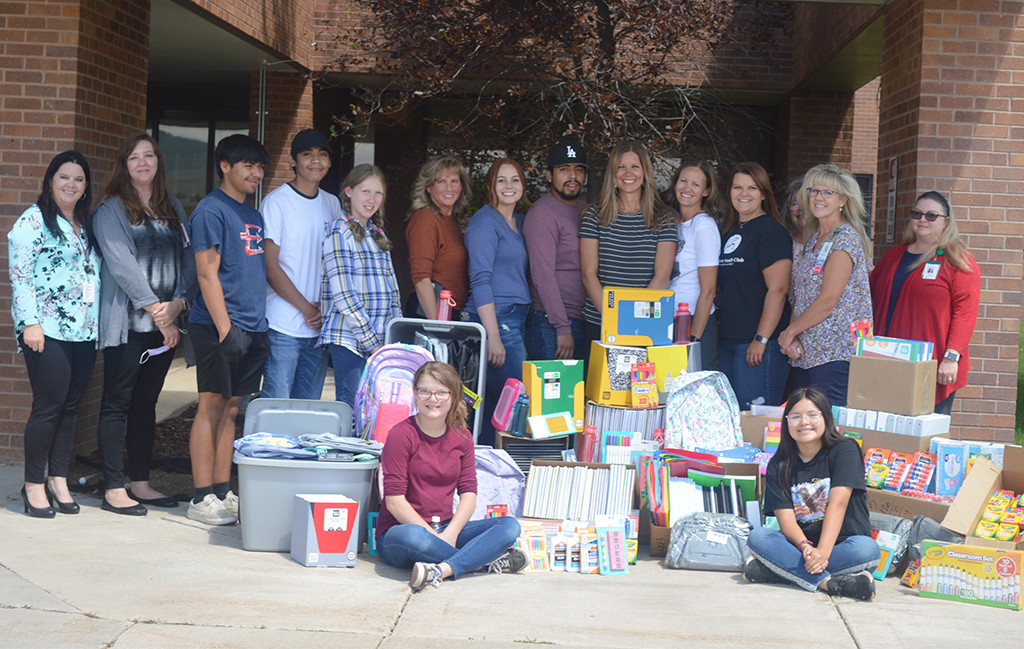 EVANSTON— This year’s back-to-school carnival, jointly facilitated by the Evanston Youth Club, Evanston Regional Hospital and Walmart, was a major success. The carnival was held at the youth club, and ERH and Walmart had donation areas set up for a few weeks prior to the start of the new school year.

ERH Marketing Director Erica Bailey, one of the event’s organizers, said, “I was in awe with the number of kids who came through.”

Youth Club CEO Holly Slade-West offered a brief history of the carnival. She commented via email, telling the Herald, “This marks the Evanston Youth Club’s third back-to-school carnival. The event is intended for all children in Evanston to get necessary school supplies and haircuts for free.”

“These students never have the chance to pick out their own supplies,” she said. “Their life situation makes it hard, and they end up with stuff from the school or hand-me-downs. This town united in supporting the students who need us most.”

This year’s fundraiser, despite its unexpectedly crowded appearance, was not the youth club’s first impressive drive. According to Slade-West, the past two years’ fundraisers provided over 200 backpacks, as well as more supplies.

Volunteers awaited students at various stations with bookbags, writing utensils, headphones and other supplies, all acquired thanks to donations from the people of Evanston. Bailey thanked Champion Services, CWG Digital and the staff of Uinta Medical Group for providing a significant portion of donations. Bailey said her colleagues de ella went above and beyond, bringing in supplies every day.

“The team here is kindhearted and generous,” she said. “That’s for sure.”

Hospital CEO Cheri Willard said she believes this event can have a significant impact on students’ futures.

“The greatest thing we can do for our community is prepare our youth to achieve greatness,” she said. “We are proud of our team members both in the clinic and the hospital, as well as the people of Evanston, for their generosity and dedication to the youth club students.”

When asked about this year’s outcome, Bailey said, “We donated enough supplies, thanks to the collection at Walmart and the team at Evanston Regional and Uinta Medical Group, to fill 100 backpacks plus some.”

She called it an honor to participate, additionally saying, “Knowing the team at Uinta Medical Group and Evanston Regional Hospital played a role in providing backpacks and school supplies warms my heart. The Evanston community is truly magnificent.”

Slade-West added, “We are so excited for all youth to have the opportunity to begin school ready for success this year.”