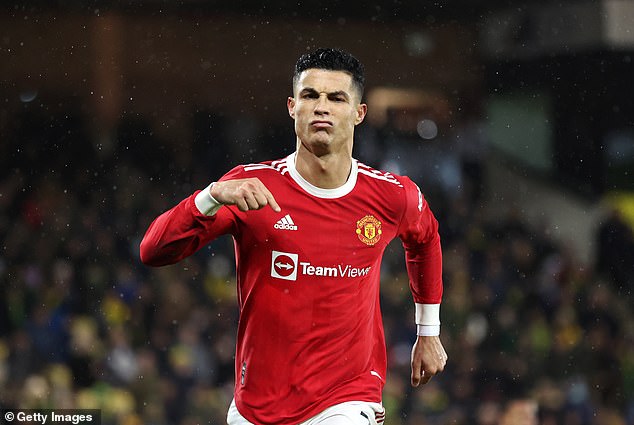 Wantaway forward Cristiano Ronaldo is traveling back to Manchester today to hold talks with Manchester United on his future at the club.

It remains unclear whether the Portuguese legend will stay at the club this summer, but the Old Trafford side are still adamant that he is not for sale and he is very much a part of their plans for next season, according to TheAthletic.

The 37-year-old had requested a move away from the club in the hope of playing Champions League football next season, but several of Europe’s top clubs have since distanced themselves from a potential move.

Dutch manager Erik ten Hag has remained consistently tight-lipped when facing a plethora of questions on the club legend’s future, and has suggested Ronaldo will remain a United player at least another season.

The five-time Ballon d’Or winner has 12 months remaining on the deal he signed last season after his arrival from Juventus, and there is an option for a further year.

Ten Hag said, when questioned in Australia: ‘I am well informed, he also has also an option [of another year]. 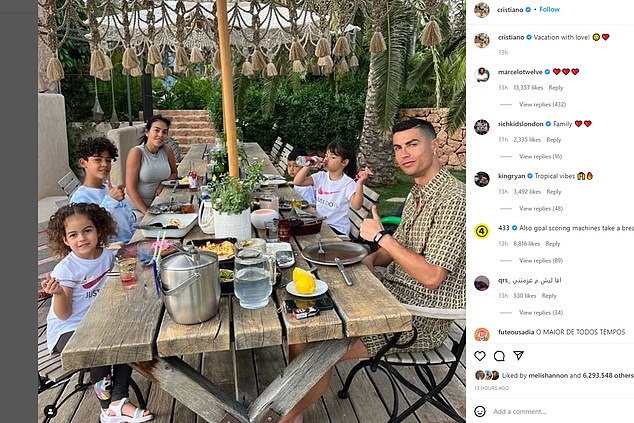 ‘And it is [he could stay beyond this season], but to be honest, of course, I have signed here for three years, but in football it’s short-term as well. We have to win from the start. So I don’t look that far ahead.

‘I have a strategy, it’s a process, it takes time but in the end, we have to make sure from the outset there is a winning team.’

Ronaldo was given permission from the club to miss Erik ten Hag’s 17-day pre-season tour of Thailand and Australia, and with the squad arriving back in Manchester last night, their star player is set for crunch talks with the club. 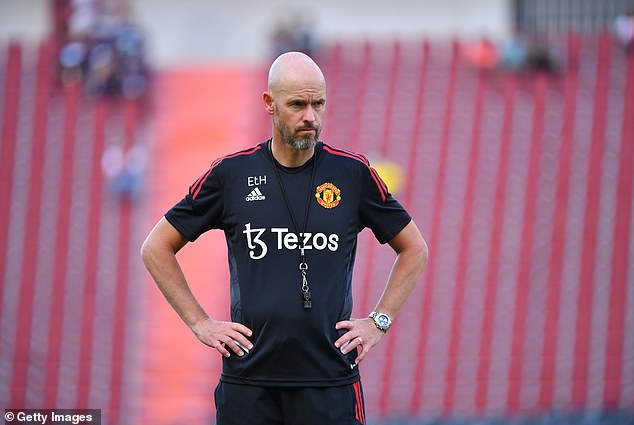 As a manager who famously likes to spend as much time preparing his squad’s tactical approach as much as possible, Ronaldo’s pre-season absence will have proven a concern.

It is thought that as the start of the Premier League draws nearer, the likelihood of his staying at United increases, and his return to Manchester is viewed as a positive according to reports.

The club initially accepted Ronaldo’s stance, although ten Hag has frequently reiterated this summer that the player is not for sale and he would like him to remain apart of the side in the new season.

But there is a growing feeling at United that something will have to give over the next couple of weeks before they kick off the new season against Brighton. It is unlikely that the 37-year-old would be available for that game.

Despite his status in the game, there were very few interested parties when the Portuguese forward announced their intentions to leave United this summer, with only one concrete bid from an unnamed Saudi Arabian club.

Chelsea, Bayern Munich and even former club Real Madrid all turned down the opportunity to move for one the game’s greatest ever players, and surprisingly the strongest rumors were with former nemeses Atletico Madrid.

Although it is understood that Ronaldo would take a cut on his £500,000-a-week wages, Atletico would need to sell players to fund the move. 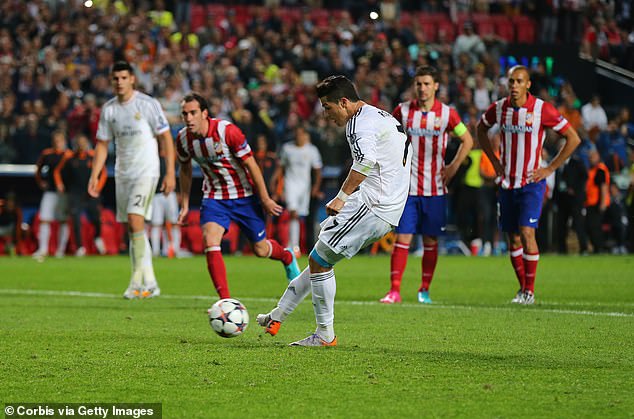 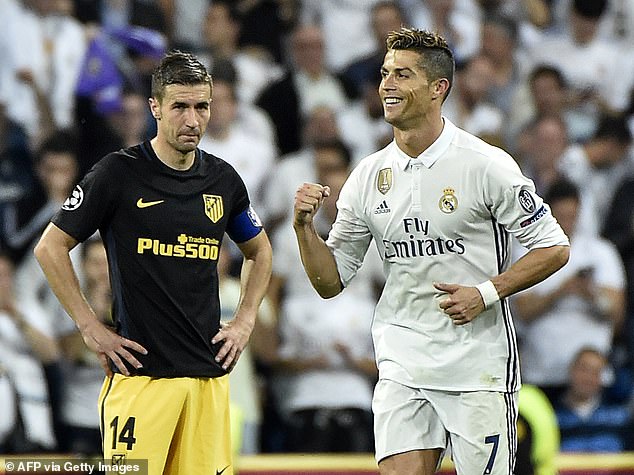 He put in several high profile performances against the club, notably in the Champions League

However Atleti have distanced themselves from a potential move, and the rumors sparked outrage amongst the club’s fanbase, as they made it very clear they did not want to sign a player who spent nine years at their city rivals, during which time he twice denied them a Champions League trophy in the 2014 and 2016 finals. 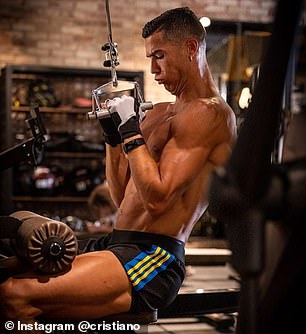 The forward has not been shy about sharing his own pre-season training regimen with his followers, and has clearly sustained his well-documented devotion to his own physical fitness.

He initially hinted that he might be staying at the Red Devils after tweeting a photo of himself in the gym in club shorts, although he has kept his silence since on that front, and no further insinuation has been forthcoming as yet.

The Red Devils have signed three players so far this summer, despite a delayed start to their business in the market.

They have completed deals for Christian Eriksen, who joined for free after his short-term contract expired at Brentford, after luring Tyrell Malacia from Feyenoord and signed versatile centre-back Lisandro Martinez for £55million from Ajax.