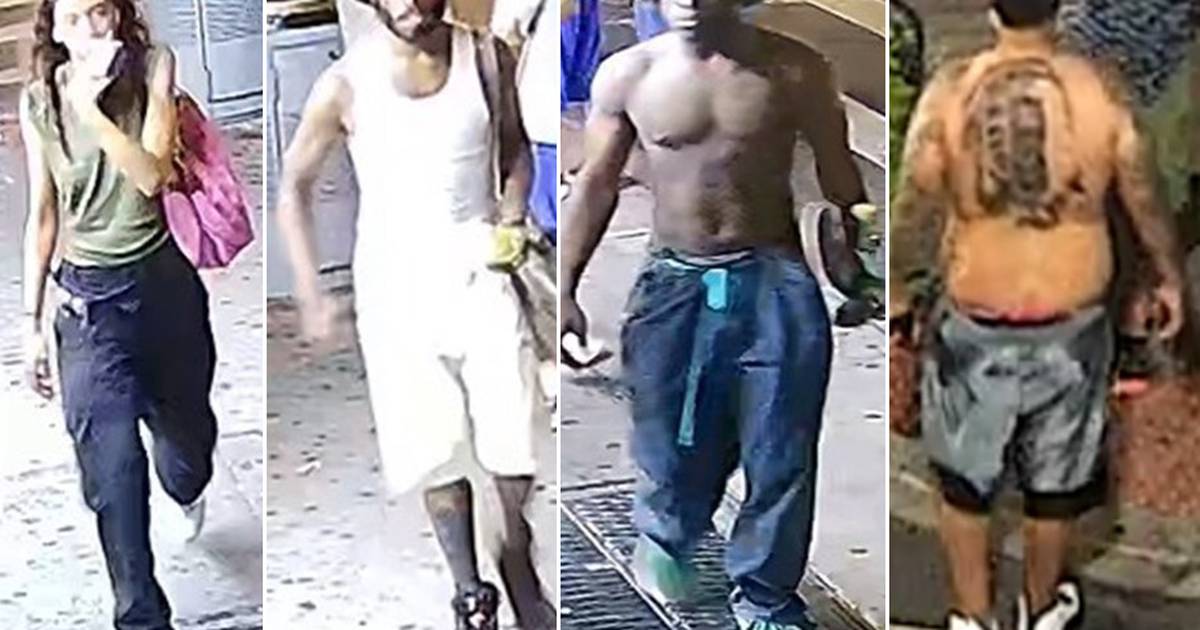 A pair frying pan flinging fiends attacked a man on the Lower East Side, before stealing his cash and credit cards, police said Saturday.

The 34-year-old victim was nearing the corner of Ludlow and Rivington Sts. about 2:10 am on July 21 when he got into an argument with a stranger, cops said.

As the two argued, five fry guys bum-rushed the victim, police said. At least two of the suspects were armed with frying pans as they beat the man to the ground and took his cellphone, wallet and $220 in cash.

The violent pan-handlers and other suspects, which included at least one woman, were last seen heading north on Ludlow St.

The credit cards in the victim’s wallet were used to rack up $1,200 in charges at area stores, police said.

EMS took the man to Bellevue Hospital with injuries to his head and knee.

Cops on Saturday released surveillance images of the suspects in the hopes someone recognizes them.

Anyone with information regarding their whereabouts is urged to call NYPD Crime Stoppers at (800) 577-TIPS. All calls will be kept confidential.