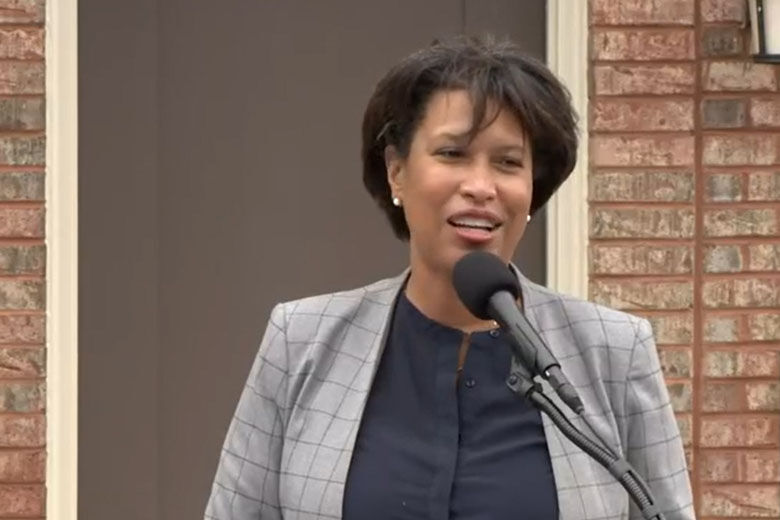 The project, known as District Towns, brings 88 townhouses, including 27 affordable units to the old hospital campus in Ward 8.

For the first time, homes are for sale at St. Elizabeths East Campus in Southeast DC

The project, known as District Towns, brings 88 town houses — including 27 affordable units — to the old hospital campus in Ward 8.

According to the developer’s website, the market-rate town houses are priced from the mid $500,000s.

The 183-acre lot, nested in the Congress Heights neighborhood, was once the site of a sprawling psychiatric facility, and is now one of the District’s largest redevelopment projects.

In recent years, a multimillion-dollar sports and entertainment center — home to the WNBA’s Washington Mystics — was built on the campus, as well as an affordable apartment complex.

In the coming years, a George Washington University-staffed hospital is slated to open, as well as new offices and retail and mixed-income properties for sale and rental housing.

During a ribbon-cutting ceremony Monday celebrating the District Towns project, Mayor Muriel Bowser said that creating opportunities for home ownership in the District is a top priority of her administration.

“Everyone knows, and it’s worth restating, that Black wealth is created in this city when people own their homes and they can build equity in their homes,” Bowser said.

John Falcicchio, deputy mayor for planning and economic development, said during the ceremony that the administration is already 60% of the way toward reaching that goal.

Like many big cities, DC is facing a housing shortage, exacerbated by a pandemic-fueled home buying frenzy.