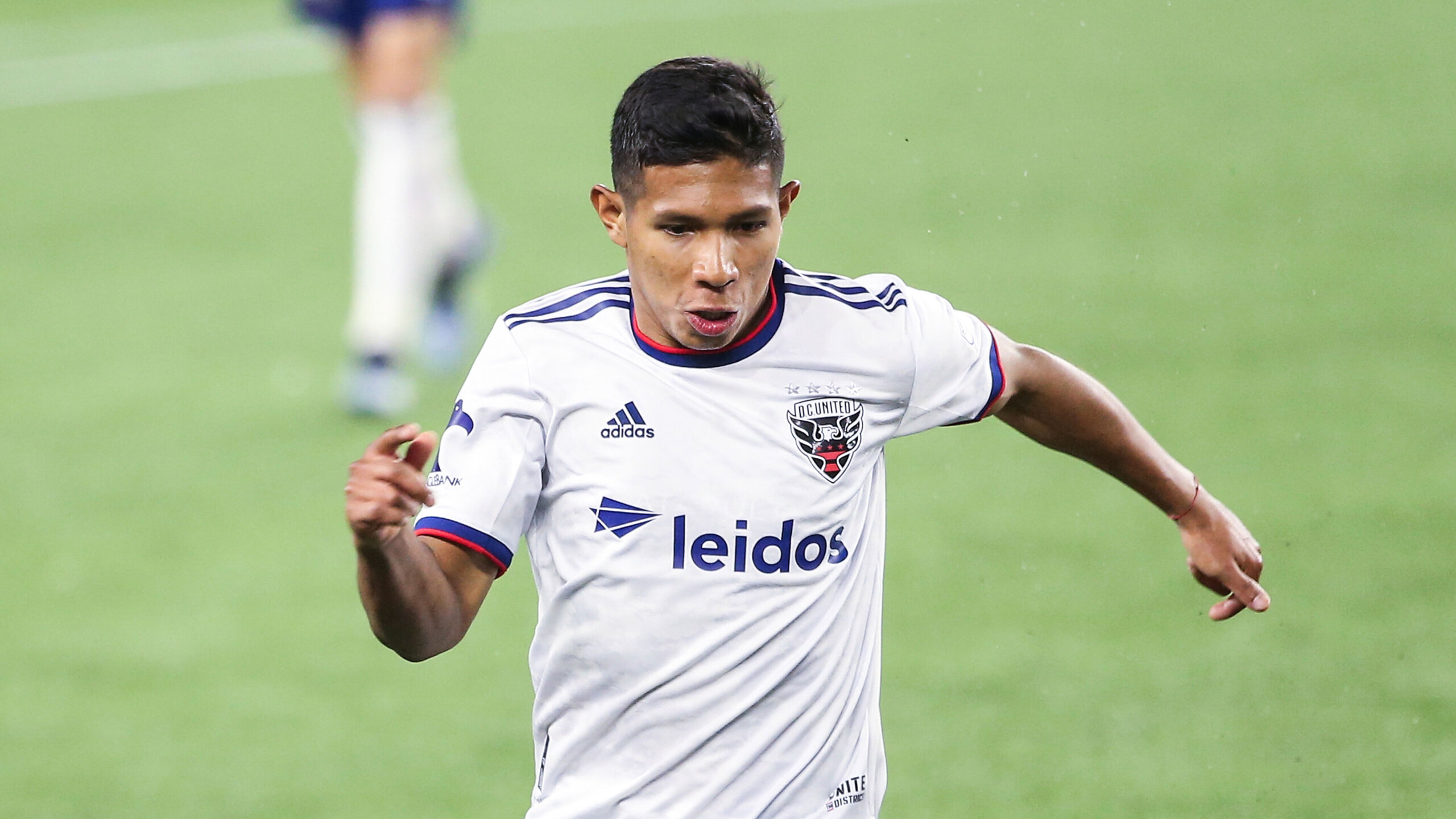 After weeks of speculation, DC United began its busy summer of roster moves by offloading one of its two designated players, while signing a new striker to help its attack.

After weeks of speculation, DC United began its busy summer of roster moves by offloading one of its two designated players, while signing a new striker to help its attack.

The Black and Red agreed to deal midfielder Edison Flores on a permanent transfer to Liga MX side Atlas FC from Guadalajara, the reigning Mexican first division champions. A transfer fee was not disclosed, but it had been reported that United was willing to take a financial hit after purchasing the Peruvian international for a club record $5 million.

“The club would like to thank Edison for the three seasons he spent in Black-and-Red,” United general manager Lucy Rushton said in a statement. “We wish him all the best in Mexico at Atlas.”

Flores arrived to DC in 2020 as one of United’s designated players — a mechanism that allows teams to sign a player whose salary exceeds the maximum cap. However, in three seasons, Flores was not able to give the offensive impact expected of him, following his previous stint in Mexico with his former club Morelia and on the Peruvian national team.

Flores ends his time with DC only scoring three goals and providing eight assists in 41 games played. He scored in his final home game in United’s 2-2 draw against Toronto FC on May 21.

“I am slowly getting back to the top of my game,” Flores said in Spanish on May 21. “I am trying to prepare for what’s to come with this team. Hopefully, it comes with much more goals and maybe a return back on the national team. So, I hope to keep playing and keeping my rhyme.”

According to a news release, United will use Targeted Allocation Money to pay for his salary. The Washington Post reports that he’s signed through the 2024 MLS season with a club option in 2025. Rodríguez will join United once his International Transfer Certificate clears and he obtains his US work visa.

“Martín is a dynamic attacking player in the prime of his career who we are excited to add to our roster to bolster our offense,” Dave Kasper, DC’s president of soccer operations, said in a statement.

In Turkey, Rodríguez scored three goals and recorded two assists in 31 appearances in all competitions. He previously played in for four teams in Liga MX, after starting his career with Colo Colo of the Chilean first division. He’s played 12 times for the Chilean national team, scoring once and securing two assists.

“We are getting a proven attacker who has earned multiple caps with the Chilean National Team, and experience at top Liga MX clubs,” Kasper said. “We’re excited to add someone with his level of experience and ability from him, and we believe he will be an impact player for us from the start.”