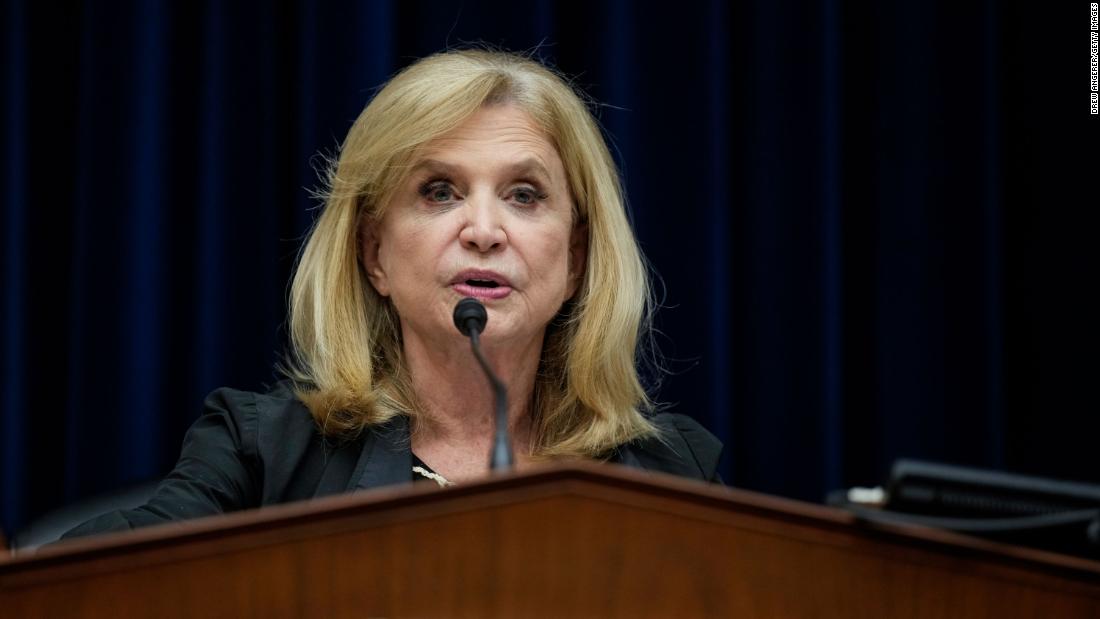 “I don’t believe he’s running for reelection,” Maloney said when asked if the President should run again during a congressional primary debate in New York’s 12th district.

Responding to the same question, Rep. Jerry Nadler, who is running against Maloney following redistricting, said it’s “too early to say” and that it “doesn’t serve the purpose of the Democratic Party” to deal with the question until after midterms . Maloney’s other opponent, Suraj Patel, simply answered, “Yes.”

Maloney told CNN on Wednesday that if Biden runs for reelection, she will back him.

Pressed again on why she had said she didn’t believe Biden would run for reelection, Maloney reiterated: “I’m supporting him, if he runs. OK?”

A CNN poll out last month found 75% of Democratic and Democratic-leaning voters want the party to nominate someone other than Biden in the 2024 election, a sharp increase from earlier this year.
Democratic Rep. Dean Phillips of Minnesota went further than Maloney in an interview last week, stating he doesn’t want Biden to run for president in 2024.

“I have respect for Joe Biden. I think he has — despite some mistakes and some missteps, despite his age, I think he’s a man of decency, of good principle, of compassion, of empathy, and of strength. But to answer your question directly, which I know is quite rare, uh no, I don’t,” Phillips said in an interview on the Chad Hartman radio show on WCCO-AM.

“I think the country would be well served by a new generation of compelling, well-prepared, dynamic Democrats to step up,” Phillips added.

This story has been updated with additional comments from Maloney.

CNN’s MJ Lee and Daniella Diaz contributed to this report.