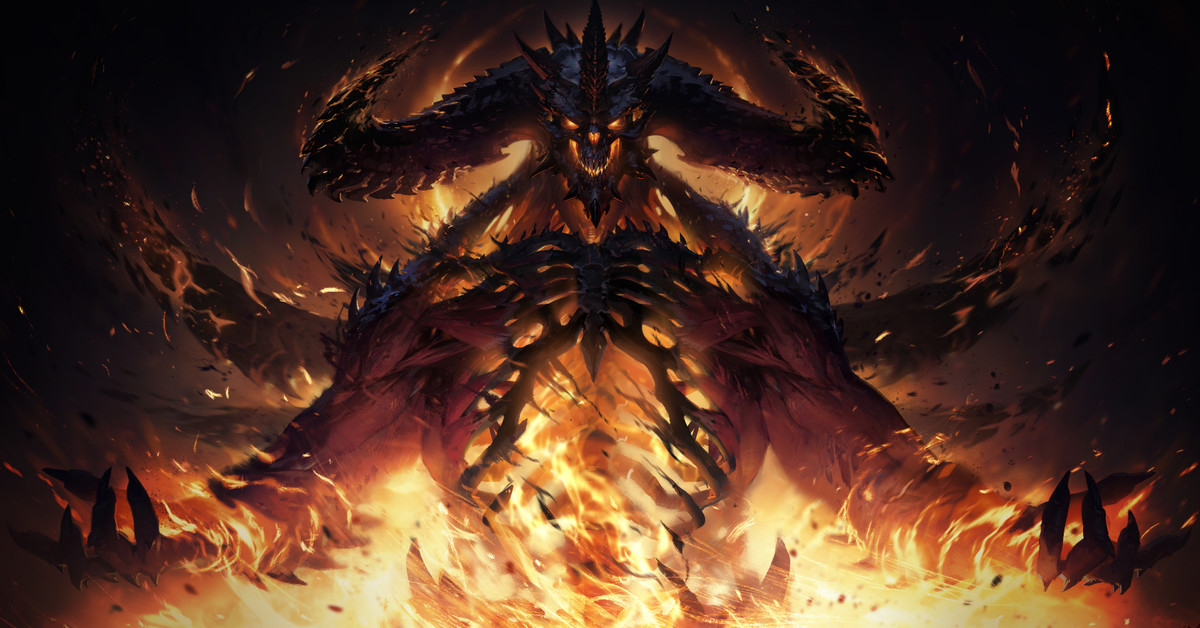 Devil Immortal‘s announcement upset a lot of fans of the franchise who felt a mobile version of their beloved game would come at the expense of a more traditional Devil gaming experience. After a short time with the game ahead of its release on June 2nd (although the game has been rolling out early in some regions today), I found two things to be true. The first is that Blizzard has created a game that admirably captures the look and feel of a traditional Devil game. The second is that Immortal is also a game designed to extract the most money out of its players.

From the couple hours I’ve played, the map is expansive with many different areas gated by level requirements and many places within those areas in which you can get up to all the demon-killing shenanigans your heart desires. After an initial onboarding tutorial, you’re given the option to have the game auto-run you from objective to objective, or you can mosey about an area killing random demons or acquiring random loot.

I liked the auto run feature. Devil Immortal seems designed with appointment gaming in mind, so I appreciated the ability to get to the meat of the game without the gristle of time-wasting travel. And when I did have time to sit with the game for a longer period, my exploration was gamely rewarded by a chance encounter with a challenging world boss.

Combat also has the same complexity as Devil prime, with classes given multiple abilities that you can trigger at varying levels of size and impact. I played the crusader, a melee class with both physical and magical abilities, and I liked bashing enemies with my mace or blinding them with holy light. There’s also an ultimate ability that you can use for an extra boost of power similar to ultimate abilities in Overwatch. I’m not sure what the criteria is for triggering an ultimate — if it’s time gated or built up based on the number of enemies killed — but it’s nice to have when a world boss needs a beating.

Devil Immortal initially won me over with its character customization. Being a mobile game, and a Devil at that, I figured your avatar was immutable — what you saw was what you got. But, in an interview with principal game designer Joe Grubb, I learned that offering customization options was something the developers were really passionate about.

“There is full character customization of everything you can imagine,” Grubb said. “You can change your hairstyle, hair color, skin color, eyes, tattoos, color of your tattoos. If you want to get in and modify facial structure, all of that is there in Immortal and so we’re excited for everyone to get their hands on that and create the expression of characters they want to be.”

It’s not Black Desert Online in terms of sheer numbers of options, but being able to tailor my avatar to my specific (and exacting) specifications is pretty neat for a mobile game — especially after my poor experience with the racist pastiche of the Witch Doctor in Devil III.

I don’t have much to say yet about Devil Immortal‘s story. There just wasn’t enough time to get much of it beyond, “Don’t let the bad guys get a piece of the magical power crystal,” — so like the main plot of Inuyasha without all the unresolved sexual tension and time travel.

While Immortal is a perfectly fine shrunken down representation of PC Devilevery so often I detect the sour whiff of “this is a mobile game designed to keep me on a treadmill for as long as possible.”

As a rule, I am not against mobile games. I also understand that games need to make money so the people who made them can continue to survive because the executives who actually reap the benefits of billion-dollar mobile games are sated with their massive profits enough to hopefully allow the developers the privilege of earning a meager paycheck. I get that. Dropping cash for items and cosmetics is standard operating procedure in mobile games and beyond, such that when I play a game where I expect those features, it’s ignorant.

But even though Immortal is a mobile game, it’s still Devil – a game associated with a discrete set of rules and expectations that are not yet associated with the rules and expectations of a mobile game. So it just feels so icky that a Devil game is pushing notifications to my phone reminding me to play in hopes that I’ll spend a dollar or two and that, at the press of a menu button, I can bring up an in-game shop that lets me pay to upgrade a dungeon in order to get extra shinies out of it. I feel like I wouldn’t mind so much if this were a completely new Blizzard property, like that new warcraft mobile game. But this feels like your best friend with whom you lost touch suddenly hitting you up on Facebook to ask if you want to buy some leggings.

Also, I’m really glad there’s now a PC option with cross-progression because playing on a phone is Not It. I have a Samsung A21 and the game plays smooth as butter, but it’s just not comfortable to play on a phone. Clicking through dialogue or scrolling through menus is fine, but I need the tactile response of a button for combat. It’s an ingrained physical thing that just feels wrong being emulated with touch controls. I can also feel my screen get warm to the point of concern such that I’m really glad Blizzard sent me a Razer Kishi phone controller peripheral that makes what was intolerable finally acceptable to my senses.

There’s still a lot of game left for me to uncover. There’s the social features like clans and something called the Cycle of Strife as well as (hopefully) a character progression system I’ve yet to unlock. As I’m able to get into the guts of Immortal, I hope that these as-yet-undiscovered features are interesting and well-developed enough to counterbalance the sheer mercenary fact of the game’s existence. So, yes, fans were right to be concerned — but I’ll need more time to see if those concerns are enough to outweigh the novelty of Devil on a smartphone.