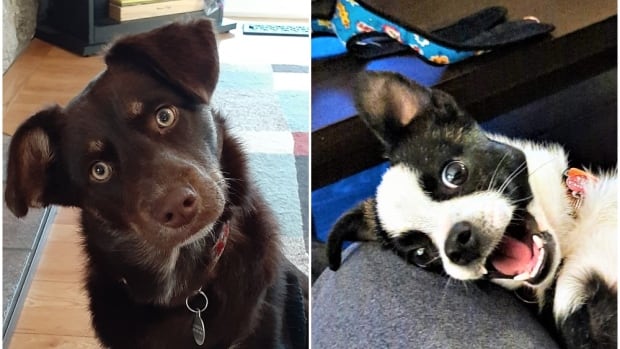 The Kingston Humane Society says they have never seen as many dogs in care as they have this past month — a trend they’re attributing to a return to pre-pandemic life for the dogs’ owners.

Gord Hunter, the non-profit’s executive director, said last week they had 62 dogs at the shelter and more than 100 in foster care.

Not all the dogs being returned are puppies. Some are rescues, and Hunter said there are potentially behavioral or medical issues with rescue dogs that can make them more of a commitment.

“We’re seeing that once people are back into their pre-pandemic lifestyle, they haven’t been able to or willing to maintain that commitment,” Hunter told CBC Radio’s All In A Day.

There has also been an increase in veterinary clinics calling the humane society because some owners can’t pay for the care their dogs need.

“That animal, unfortunately, gets stranded just because the people didn’t consider or were unable to cover the veterinary bill,” Hunter said.

Aside from clinics, the shelter also gets referrals from the Provincial Animal Welfare Services team.

Right now, 24 of the dogs at the shelter are being held while the team investigates two cases of animal abuse. While Hunter said these investigations are common, he’s never seen so many dogs needing care for just two investigations.

With the huge demand for pets during the pandemic, Gatta said scammers and puppy mills saw an opportunity and have become more prevalent.

“Backyard breeders, puppy mills, they don’t care who buys the dog so long as they get their $3,000 for their little cute mixed breed that they’ve bred with the neighbor’s dog,” he said.

Registered breeders perform blood tests, monitor for congenital defects, breed for behavior traits and often have a clause in purchase contracts that they’ll take dogs back if anything goes wrong, Gatta said.

But without that regulation, Gatta said he’s seen dogs cost their new owners thousands of dollars in vet bills — including one instance where someone thought they were buying a Chihuahua and instead ended up with an Italian greyhound that had been kept in a box to stunt its growth.

Ottawa Dog Rescue has also been getting more calls than ever to take surrenders. It doesn’t have shelter, but coordinates about 40 to 60 foster placements.

Gatta said there’s been an increase in people finding themselves unable to care for active dogs such as German Shepherds and Huskies.

For others returning to work and activities outside the home, they’re noticing their pets have not been properly trained or socialized due to pandemic restrictions.

“Dogs have separation anxiety, have leash reactivity, reactivity to other dogs, lack of socialization, all those types of issues,” Gatta said.

For owners hoping to smooth the transition, Gatta said the rescue regularly trains dogs that are eight or nine years old.

“It’s never too late for training,” Gatta said. “It’s a lot more about training the people than training the dog, anyway.”