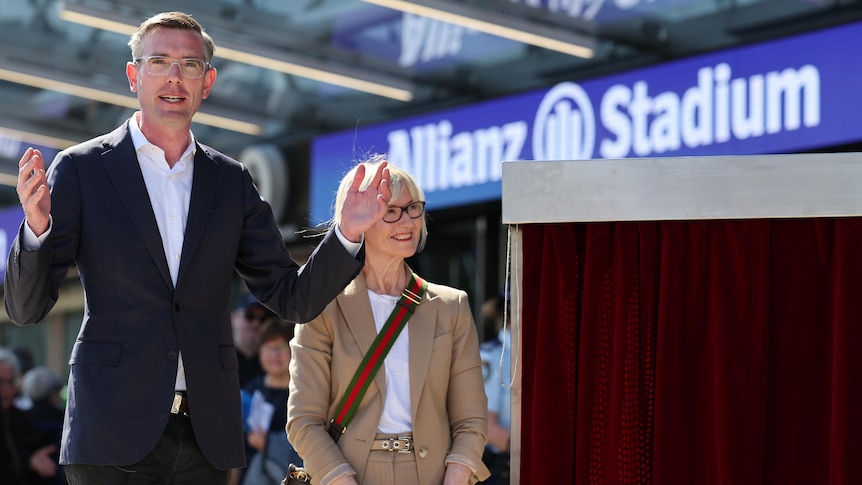 The $828 million, 42,500-seat stadium in Moore Park opened today for a free family festival, three years after it was controversially demolished and rebuilt.

Mr Perrottet said the cost was worth it to have a world-class venue, but conceded it had posed challenges for the government.

“We almost lost an election on the construction of this stadium,” he said.

“But here we are today, and people are flocking to it… construction is hard, it brings with it challenges, it can be easy to sit on your hands and do nothing.”

Mr Perrottet said the large crowd at the opening showed the rebuilt stadium was being well accepted, arguing it had not been constructed at the expense of hospitals, schools or the arts.

“We went down a path to ensure that New South Wales has the very best of cultural facilities anywhere in the world,” he said.

“Now whilst it was controversial at the time — we lost a lot of political skin — I don’t think that’s the case today.”

In 2019, former premier Gladys Berejiklian revealed the cost of the rebuild had blown out by almost $100 million.

Lendlease demolished the stadium but the project was thrown into chaos when another contractor, John Holland, was awarded a $735 million contract to rebuild it.

At the time, Ms Berejiklian maintained the deal was the best outcome for taxpayers.

The former Labor leader Jodi McKay said Ms Berejiklian had not been honest with taxpayers and labeled the extravagant announcement in the wake of the Black Summer bushfires and severe drought.

In that year’s state election, the issue became a rallying point for parts of the community who backed campaigns to stop the rebuild.

More than 200,000 people signed a petition that called on the government to “stop wasting taxpayer dollars,” and several legal steps were taken to suspend the demolition until after the election.

The government’s rationale for knocking down the structure was also called “a sham” after a report prepared for the Sydney Cricket Ground Trust revealed a refurbishment could be done for $18 million.

Some high-profile games have been scheduled for the stadium’s opening season, including a two-match friendly series between the Matildas and football Olympic gold medalists and world number six Canada.

An all-Sydney NRL affair between the Roosters and South Sydney is scheduled for September 2, followed by a rugby Test between the Wallabies and South Africa.